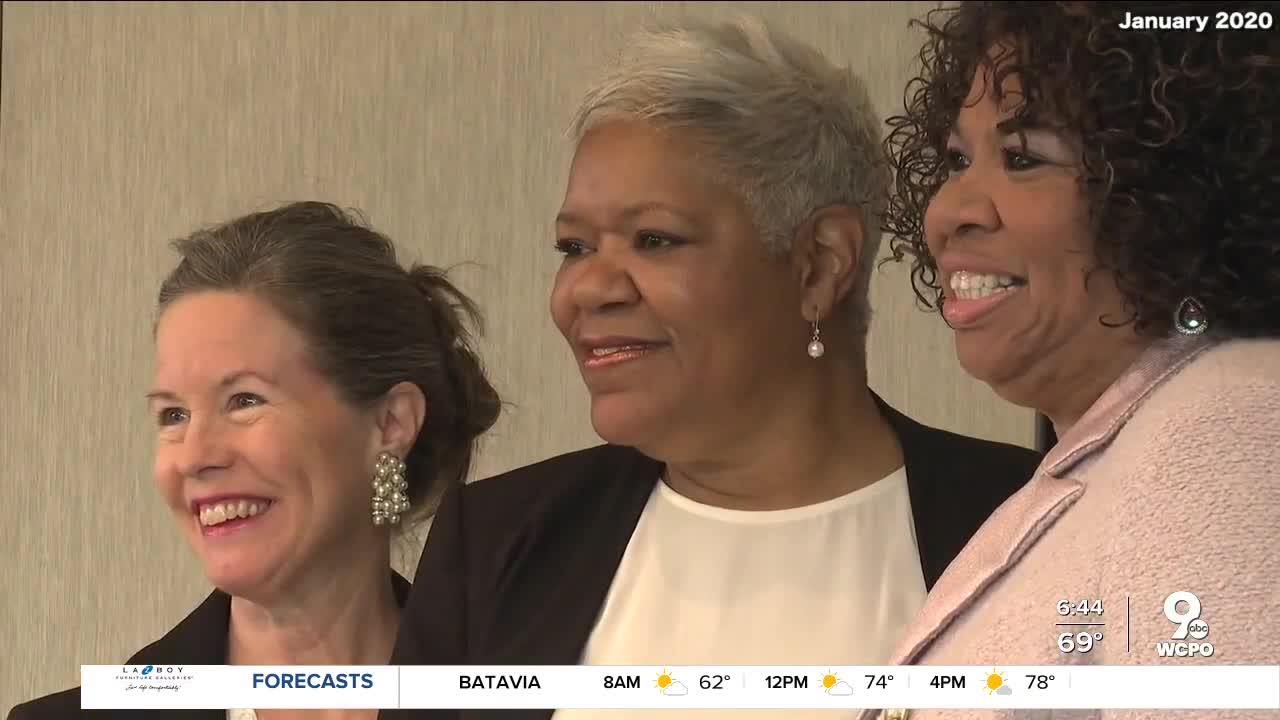 While the first female vice president could be elected in November, there are currently more female elected officials in Hamilton County than in any other county in Ohio.

“Women are making their way in," Denise Driehaus, president of the Hamilton County Board of County Commissioners, said. "And we’ve worked hard to do that.”

In Hamilton County, women hold 39% of elected offices, much higher than the Ohio average of 29%.

“Our highest representation is at the school board level,” where women make up 37% of elected officials, Croffoot-Suede said. “As we kinda go up in terms of power, the ability to affect more and more people, women’s representation goes down."

At the state house though, Representative Catherine Ingram said the women's gallery might be the smallest room in the building. Women represent 28 of Ohio's 99 districts. And to close the gender gap, Ingram said women have to overcome self-doubt.

"First of all, you have to have confidence in yourself," Ingram said. "At some point, you gotta say, 'I deserve to be heard.'”

In the end though, the female officials said they are getting into office to help others.

"We just want to do better for all the girls in this community," Driehaus said. "So that as we build girls into women that know how to take their place, that’s what a lot of this work is about.”