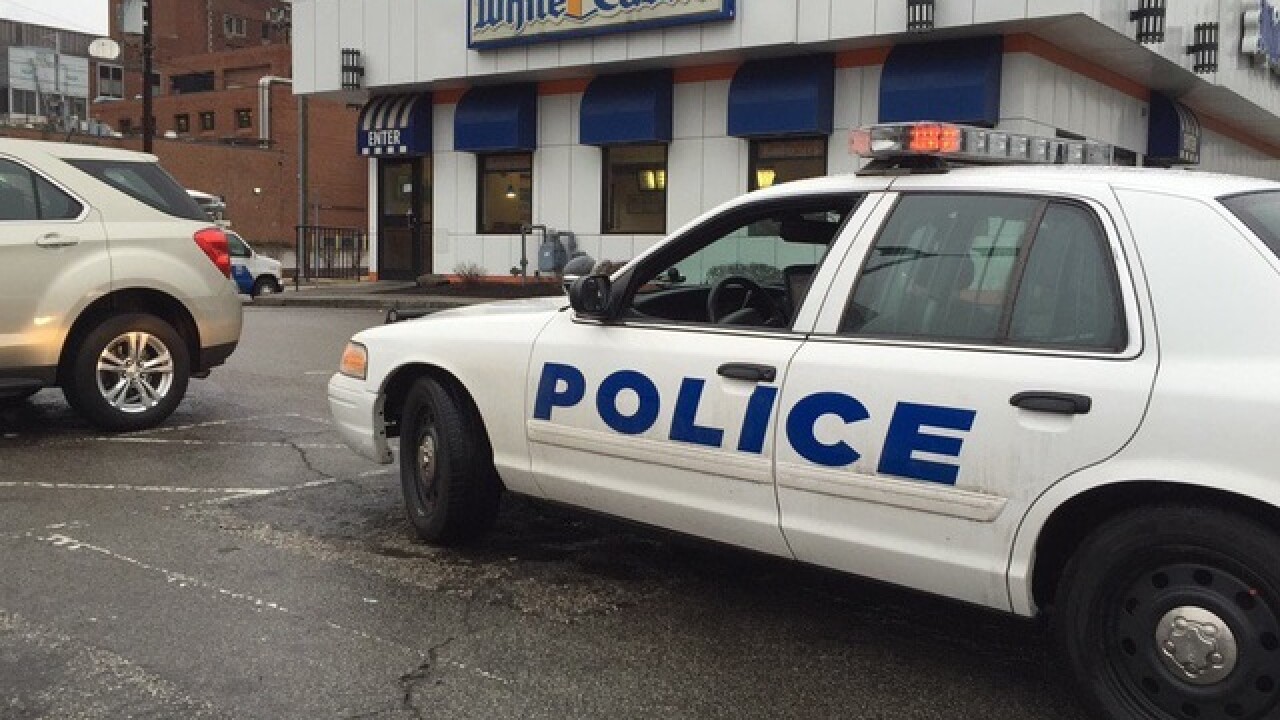 GREEN TOWNSHIP, Ohio – Local law enforcement are searching for two men who held up a White Castle restaurant at 9:50 p.m. Wednesday on North Bend Road and escaped with an undisclosed amount of cash.

According to police reports, the two suspects jumped over the restaurant's front counter, displaying black handguns. They took money from the cash register and ordered two employees to remove cash from the safe in the back of the store before fleeing the scene on foot. There were no injuries during the incident.

The first suspect is described as a black male with "spiky" hair, about 5 feet 10 inches tall, weighing 150 pounds. He was wearing a red bandanna covering his face, a black sweatshirt and dark blue jeans.

The second suspect is described as a black male about 5 feet 6 inches tall, weighing 130 to 150 pounds. He was wearing a black beanie hat, gray sweatshirt and light blue jeans.

A Delhi Township K-9 unit tried to track the suspects without success.The incident remains under investigation by the Green Township Police and Hamilton County Sheriff's Investigative Unit. Anyone with information is asked to contact police or Crimestoppers at (513) 352-3040.