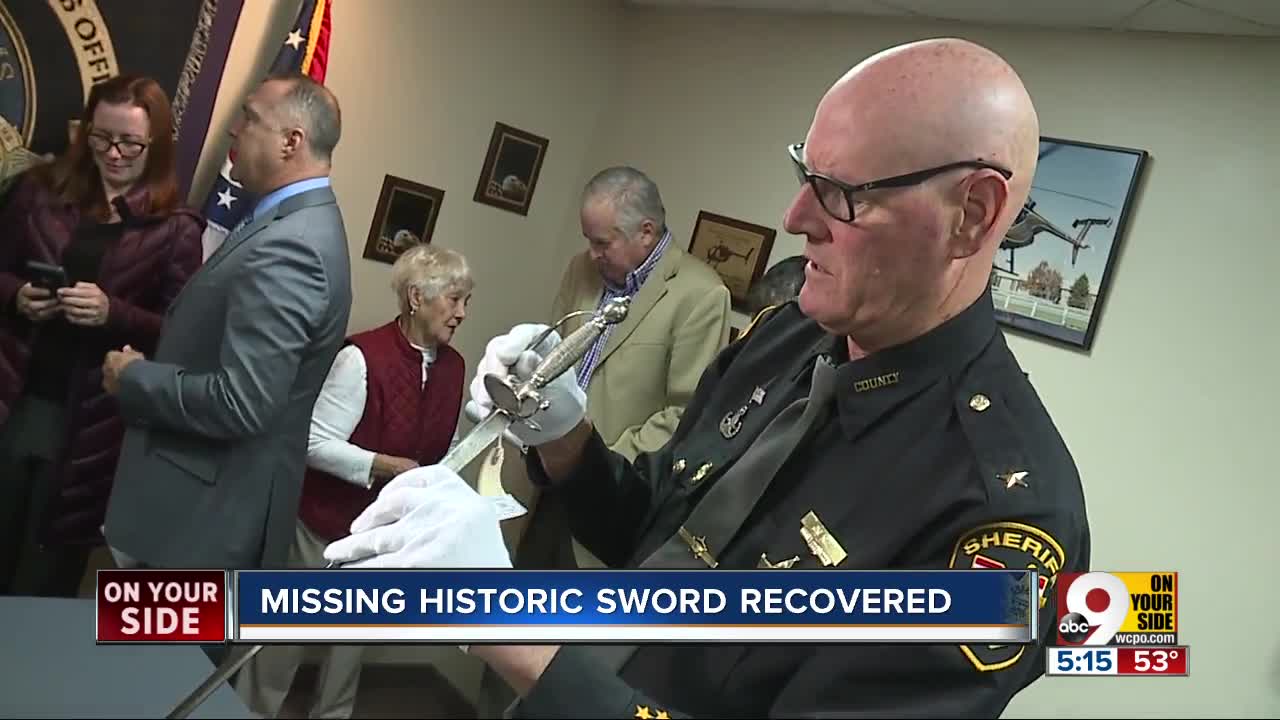 A 40-year-long mystery is a bit closer to being solved after a sword belonging to former President William Henry Harrison turned up at an auction in Connecticut; the sword initially went missing from the Cincinnati Art Museum four decades ago. 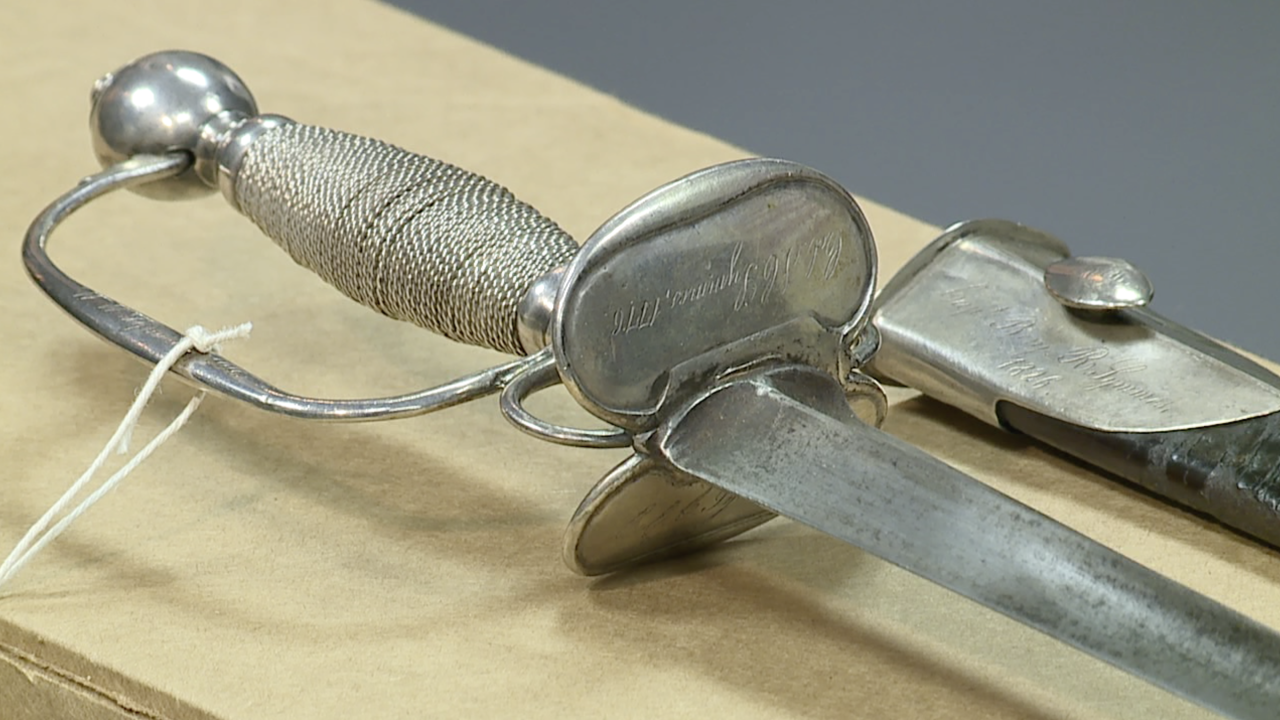 CINCINNATI — A 40-year-long mystery is a bit closer to being solved after a sword belonging to former President William Henry Harrison turned up at an auction in Connecticut; the sword initially went missing from the Cincinnati Art Museum four decades ago.

The sword, one of only 17 made, went missing in the 1970s from the Cincinnati Historical Society -- and no one noticed. That is, until 1993, when the Harrison Symmes Memorial Foundation wanted to incorporate it into a celebration for the city of Cleves' 175th birthday. When officials went looking, they realized the sword was nowhere to be found.

"I was looking at things, and all of a sudden the sword popped up," said Father David Sunberg, who volunteers at the Harrison tomb. He was researching former President Harrison, when he stumbled onto the auction entry for a sword that seemed just a little too familiar.

"And I looked at it, and I was just stunned," said Rodney Gibbons, with the Harrison Symmes Memorial Foundation. "So I forwarded it to the other members of the board and said, 'Wow, is this the stolen sword?'"

It was up for auction just a 12-hour drive away from CIncinnati, in Windsor, Connecticut. After a series of calls to the Cleves Police Department, Hamilton County Sheriff's Office and Windsor Police, the sword made its way back to Ohio.

All historians had to do was determine if it was actually the president's sword.

There's no official confirmation yet, but time will soon tell if the missing sword has finally come home to Cincinnati.

"As a lay person, it does appear to be the same, but I can't let that influence what we're doing, so we're going to be as thorough as we possibly can," said Captain Tony Orue, with the Hamilton County Sheriff's Office.

If they identify the sword as being the same one that once belonged to President Harrison, officials plan to work to unravel the mystery of how it was stolen out of Hamilton County 40 years ago, and what happened to it on its journey to Connecticut.