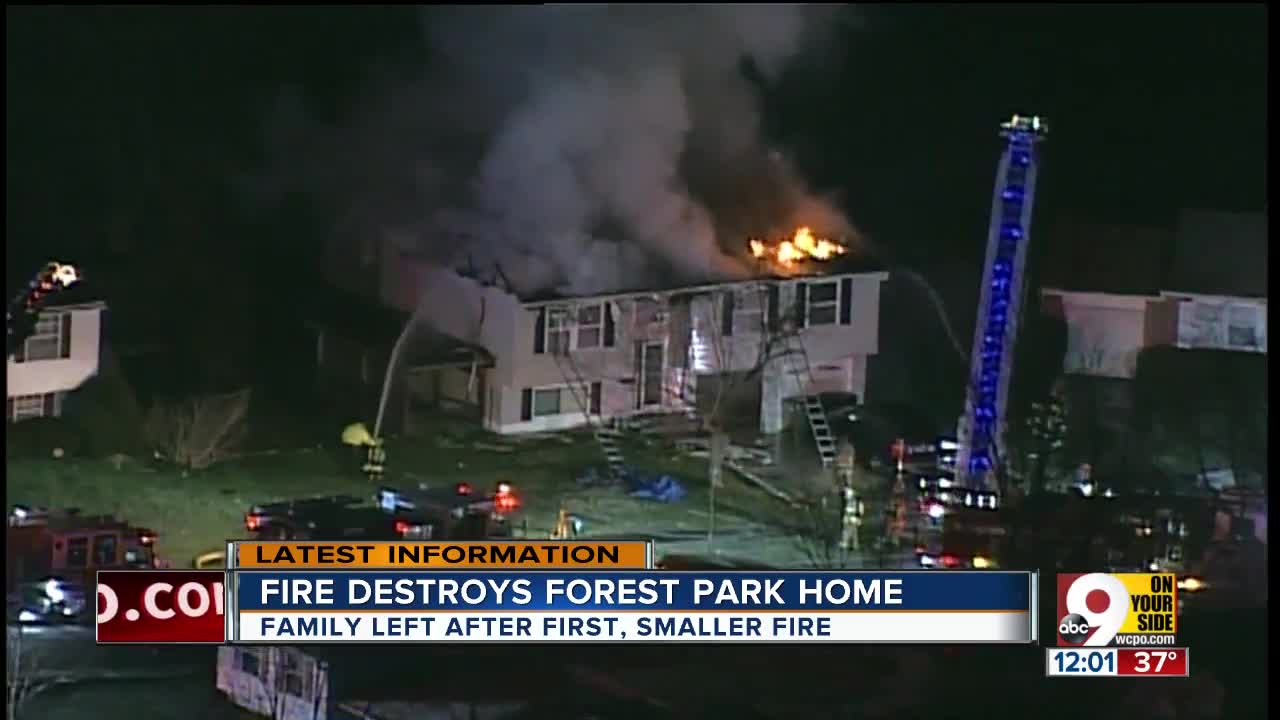 The family left the home after an earlier, smaller fire. 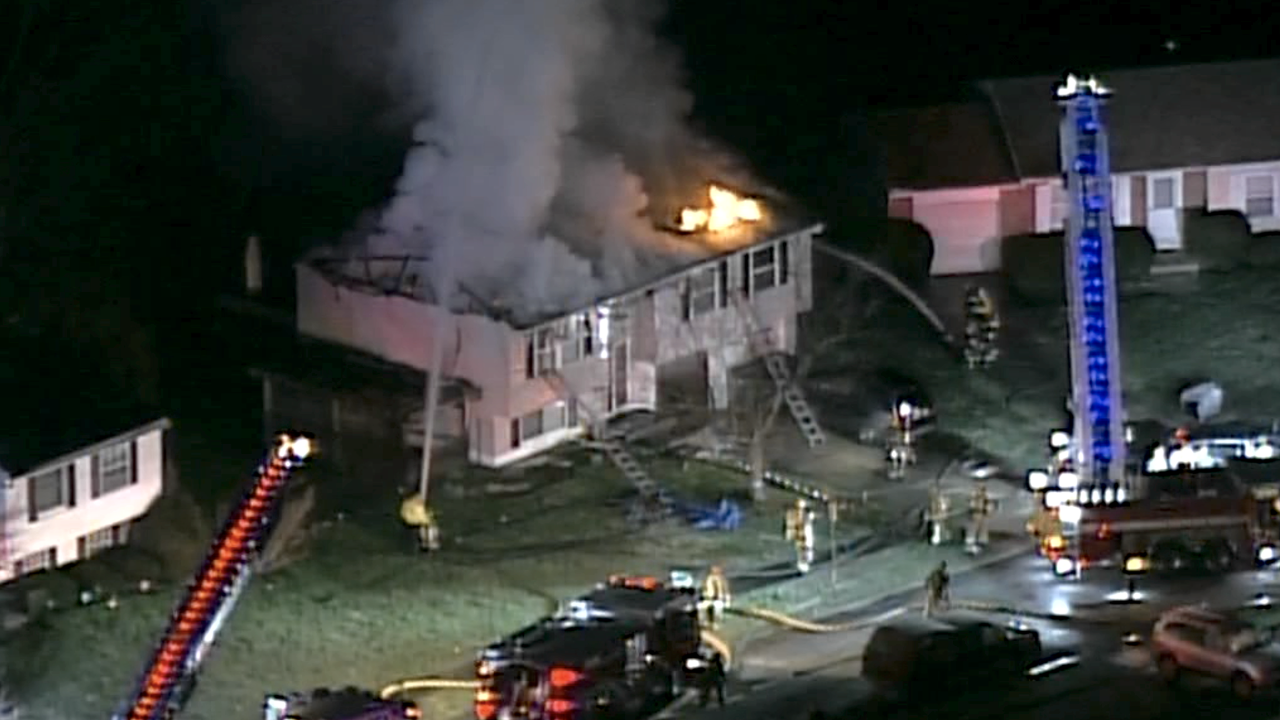 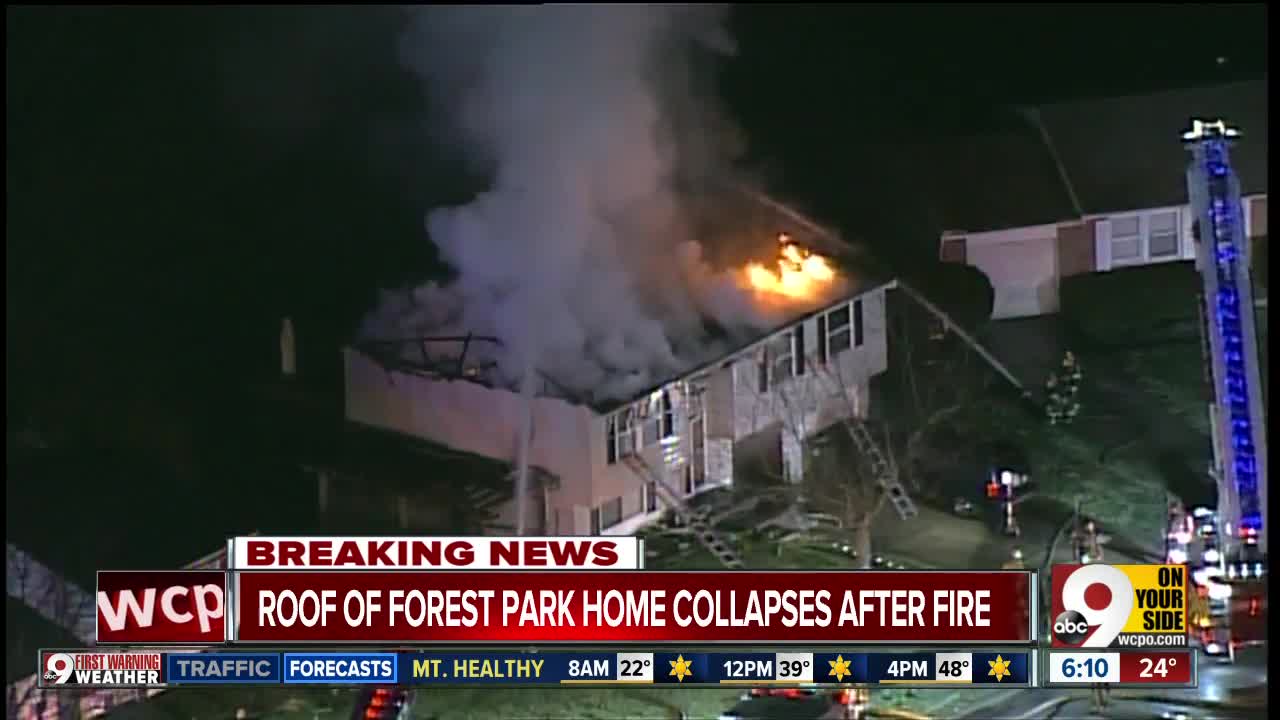 Firefighters responded to the home, near the intersection of Waycross and Mc Kelvey Roads, at 12:29 a.m. Monday. The original fire was limited to the attic, Jones said in a news release.

Firefighters were dispatched again to the same home at 4:52 a.m. This time they were met with heavy smoke and flames in the rear of the home. One firefighter is recovering from minor injuries after falling through the floor.

No residents were injured in the second fire. That's because resident Robert Hart said he and his family were advised to stay at a hotel when the fire department turned off the power to their home.

"They told us, you can leave. We piled it all down and it's out," Hart said. "Now we come back and the roof is gone. It's total destruction."

Homeowner tell us there was a small fire in his home earlier this evening but firefighters put it out and crews cut the power so the family left to stay in a hotel. They were just called back to their home that is now destroyed by a second fire. @WCPO pic.twitter.com/3hxp0ZkouT

During the initial response to the Waycross Road home, Forest Park firefighters used thermal imaging cameras to determine if the fire extended anywhere past the attic.

"No significant heat signatures were discovered by the thermal images," Jones said.

The causes of the fires remain under investigation.

Hart said he wants to know if firefighters used water during the initial fire, and if anyone was supposed to be monitoring the scene, but ultimately says leaving the home may have saved his life.