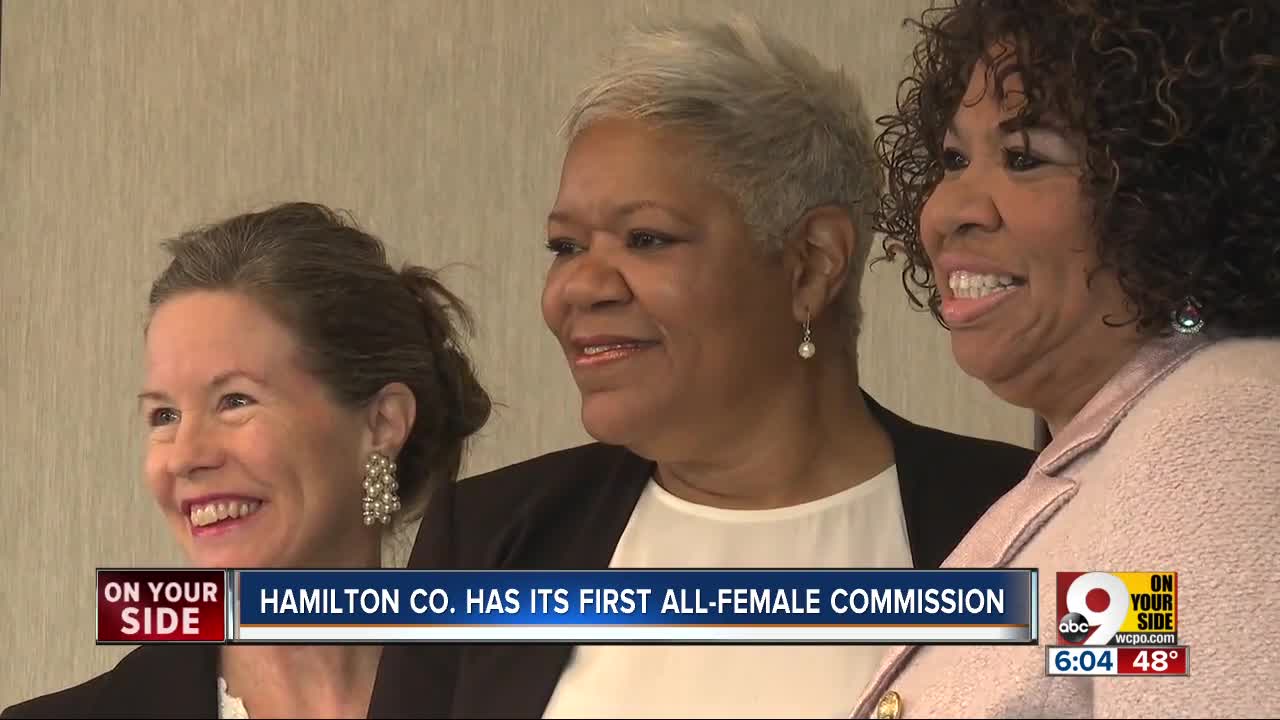 CINCINNATI — For the first time, all three Hamilton County Commissioners are women, and the majority are African American.

In an historic vote Saturday, Democrats unanimously appointed Victoria Parks to replace Todd Portune on the Hamilton County Board of Commissioners.

Parks was officially sworn in to the position Tuesday, signaling an historic day for the board and the state.

"Two of the women sitting at this dais are women of color, and that has never happened in the state of Ohio," said Denise Driehaus, county commissioner.

Parks said it's a big moment, but she's very aware of the circumstances that led her to this position as well.

"I am excited, but I miss Todd," she said. "I'm sorry that this is happening. It's happening because he's sick."

She added that, while the historic event may be bittersweet for her, she's proud that Portune has confidence in her ability to take up his mantle in the position. Portune resigned at the end of 2019 as he battles cancer.

Parks has served as Portune's chief of staff for the last two years, and is familiar with the ins and outs of the county and the job.

"Because I have been here and going to the meetings and filling in for him, I have the intimate knowledge of the issues and the things that are on the table," said Parks.

She said she plans to continue his legacy, while relying on her own background to help lead.

Parks is not running for this seat in the upcoming election -- it's past time to file for that. But she said one main area she wants to focus on while she's in office is helping women veterans, as an airforce veteran herself.