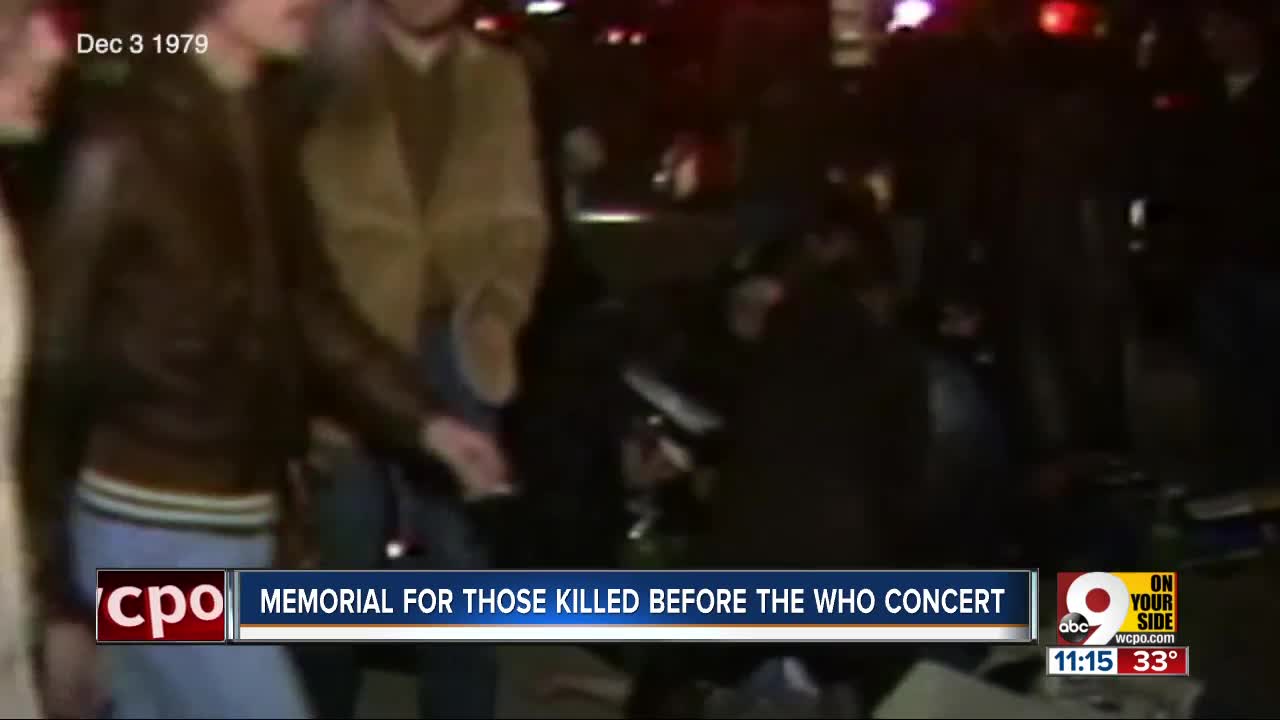 Finneytown youths killed at The Who concert honored Saturday Watch WCPO's documentary, "The Who: The Night That Changed Rock," and read other stories about The Who HERE.

CINCINNATI - Family, friends and Finneytown High School alumni gathered around the memorial honoring three students who died in the crush at The Who concert 40 years ago to memorialize the past, while helping to fund the future.

On Saturday, people gathered to remember the 11 people who died at the concert, including three high school students in whose names three scholarship funds have been set up.

"I get to meet other people affected by it," said Kasey Ladd, the son of Teva Ladd, who was 27 when she died at the concert. "If there's anyone out there in the world that knows what I went through..."

Kasey was just 2 years old when his mother was killed at the concert 40 years ago.

"It was a terrible tragedy," said Michael Ladd, Teva's husband. "I haven't gotten over it in 40 years. But, I can live with it."

Now, survivors, family members and those looking to find some shred of good in a tragedy that claimed 11 lives have come together for the P.E.M. scholarships, named for Stephan Preston, Jackie Eckerle and Karen Morrison. The scholarship money goes to three Finneytown High seniors pursuing degrees in the arts or music.

"Pay it forward with three scholarships, which we've done for nine years, 27 scholarships," said Fred Wittenbaum, Finneytown class of 1983 and a member of the P.E.M Memorial committee.

This year will mark the 10th year for the scholarships, rounding out 30 scholarships given since the formation of the memorial fund. Members of the organization hope the scholarships can help the next generation grow and flourish, while supporting those connected through the tragedy and memorializing those who were lost.