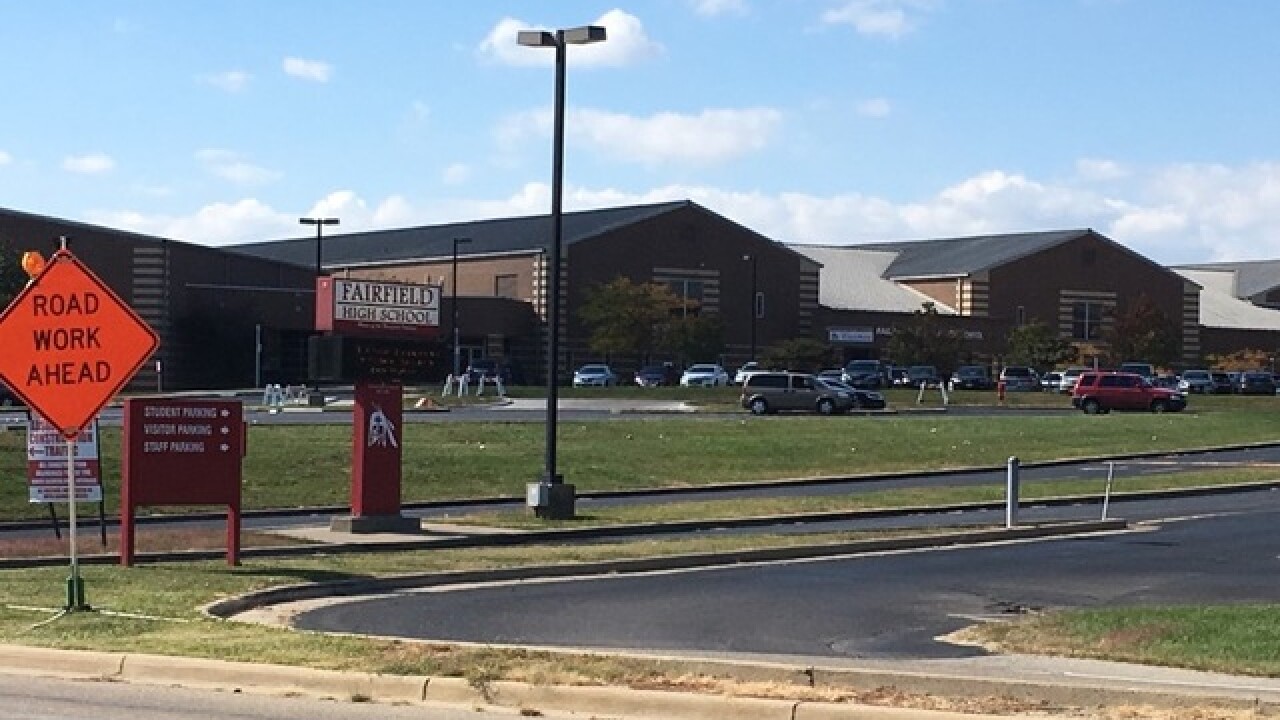 FAIRFIELD, Ohio -- The Fairfield City School District lifted the lockdown at Fairfield High School, the Freshman School and Compass Elementary at about 1:40 p.m. Friday. Fairfield police will have officers at the three buildings for the remainder of the day as a precaution.

Fairfield High School was placed on lockdown while police searched for two people who were trespassing at the school, according to the district. The information was posted on the district’s Facebook page at about 12:45 p.m.

According to the post, the two unknown individuals were confronted by staff members. The suspects fled from the scene, according to the school district. The Freshman School and Compass Elementary were placed under a soft lockdown due to the proximity to the high school.

See the district’s full statement below:

Officials with Fairfield schools said the district has not received any threats from the suspects. The district will provide more information to parents as it becomes available.