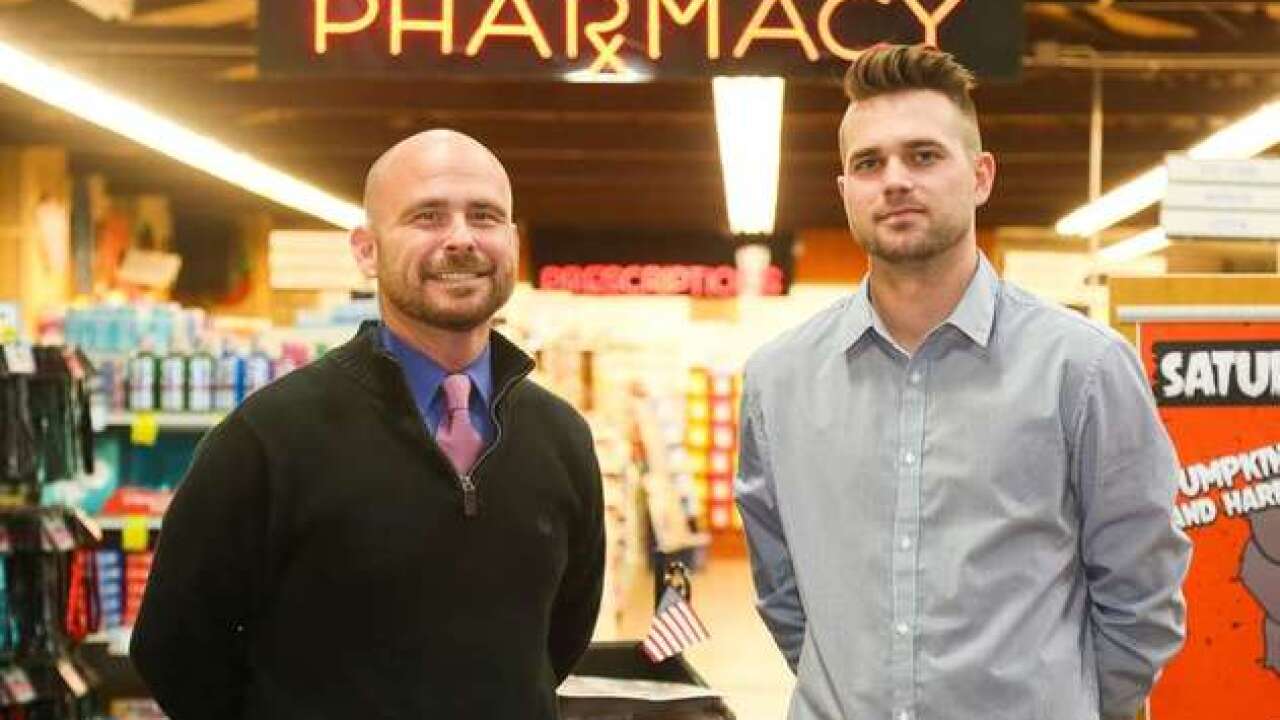 Greg Lynch | The JournalNews
<p>Jason Groves and Taylor Hutcheson of Jungle Jim’s Pharmacy. The pharmacy began assembling “comfort packets” filled with medications that treat withdrawal symptoms that doctors, rehab treatment facilities and hospitals around the state could have quickly filled for patients.</p>

FAIRFIELD, Ohio -- A new program offered by Jungle Jim’s Pharmacy aims to help addicts of heroin, a drug that is on pace to cause a record number of deaths this year in Butler County.

WCPO news partner The JournalNews reports 189 people died from drug overdoses in 2015 in Butler County, and 149, or 79 percent, were heroin-related -- including heroin, fentanyl or a combination of both, according to Dr. Lisa Mannix, Butler County Coroner.

Mannix said that the data in 2016 shows that Butler County is on pace to exceed the 189 overdose-related deaths in 2015.

“We are on pace right now to hit 200 deaths,” Mannix previously told the Journal-News. “I hope that projection is high, but I’m not optimistic about that.”

In December, Jungle Jim’s Pharmacy began assembling “comfort packets” filled with medications that treat withdrawal symptoms that doctors, rehab treatment facilities and hospitals around the state could have quickly filled for patients.

“The packet contains Vivitrol a drug that is really helping fight addiction,” said Jason Groves, director of addiction services for Jungle Jim’s Pharmacy. “A person gets the injection once a month and it stops cravings and blocks the body’s opioid receptors, so even if users try to get high they don’t feel it.”

Vivitrol, he said, is not addictive like other treatments can be. There are other drugs in the packet that help treat certain withdrawal symptoms and also help with anxiety, according to Groves.

Groves said the program is working based on the number of refills the pharmacy is filling for the withdrawal medications.

“I know its working and you can see its working when you fill the first script and keep them on Vivitrol for a year,” Groves said. “You want that person to be still engaged in treatment and right now we have an 85 to 90 percent refill rate and that means it is working.”

Getting Vivitrol out quickly to help an addict is an important component in order to make the program work, according to Groves.

“An addict can’t wait seven days to get help, they need that help immediately, so we get it out to them within a day or 48 hours at the latest,” Groves said.

The “comfort packet” is paid for by an addict’s insurance, but Groves said an uninsured person won’t be turned away.

“We will facilitate a way to get them the Vivitrol,” he said.

He added that the program has been moved into jail facilities to help inmates who have lost insurance and can’t get Vivitrol. But even with the drug, Groves said people won’t get clean unless they add counseling and rehab.

“That is a must and people can’t just rely on Vivitrol to beat an addiction or Narcan to save them,” he said. “But with this program, we just want to give addicts the best possible chance of getting clean and making it work.”