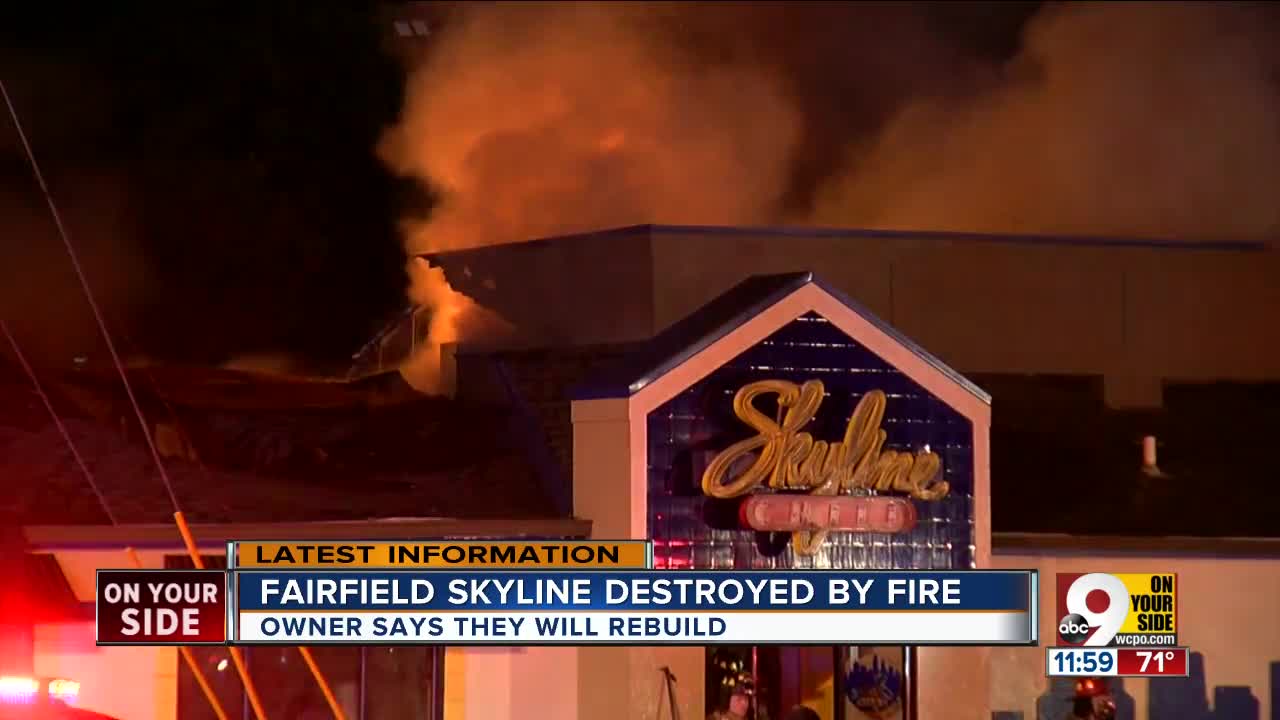 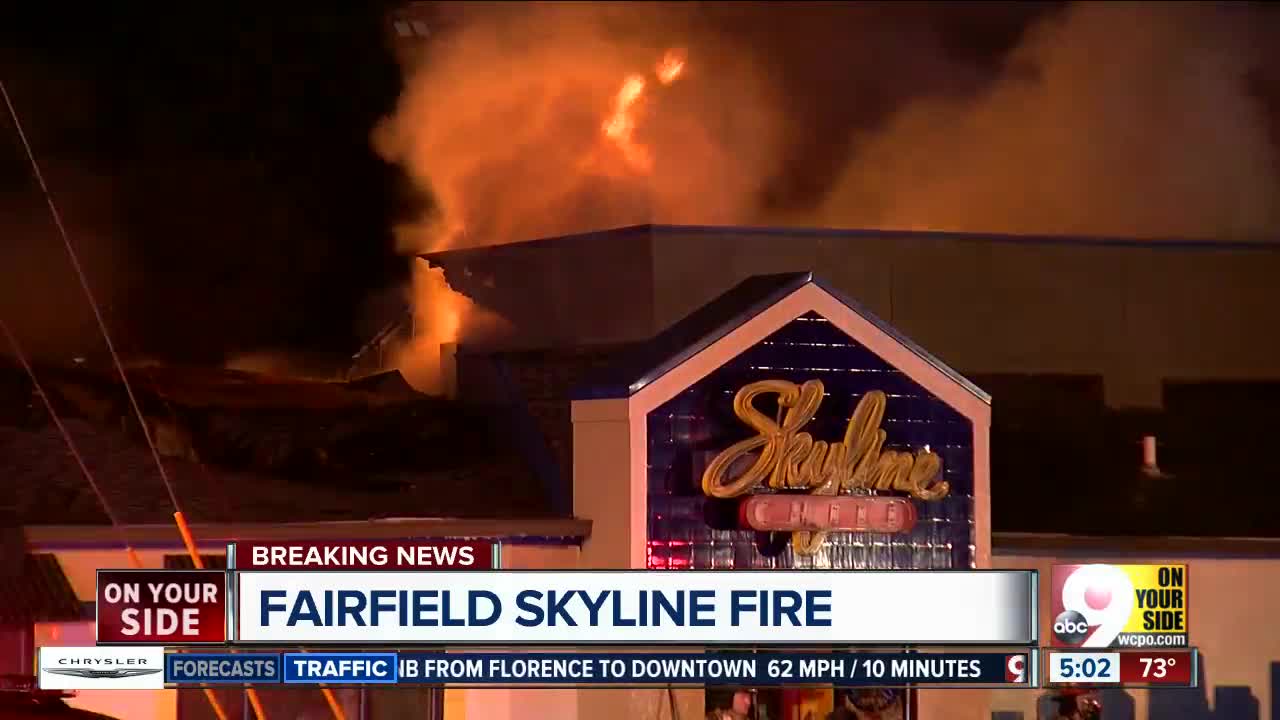 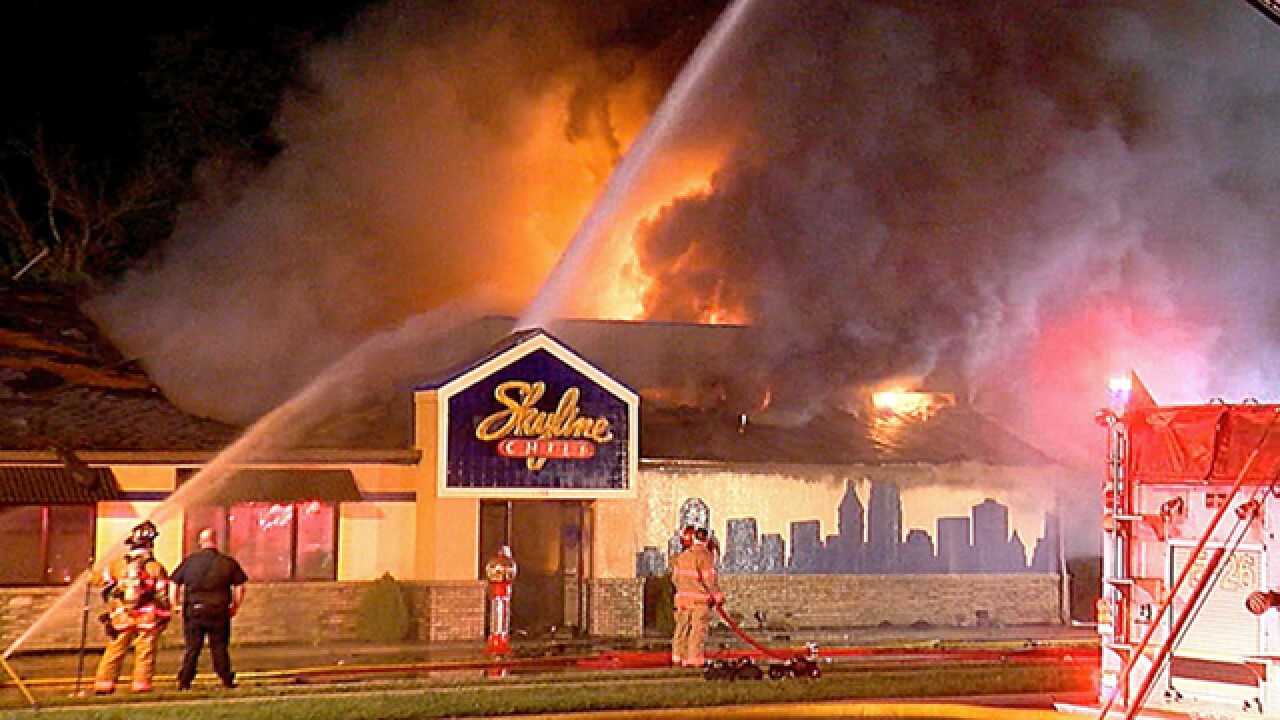 Flames shot up from the roof of the popular eatery at about 2:30 a.m., according to Deputy Fire Chief Tom Wagner. A police officer passing by saw the flames and called emergency personnel.

Crews are still working to control the fire at the Skyline on Hicks Bvld in Fairfield. Building is a complete loss at this point. @WCPO pic.twitter.com/cMU6MK4zN6

Wagner said fire officials did not want to send crews inside the building because they did not believe people were inside, and part of the roof had already collapsed when they arrived.

“We were not going to risk the lives of our personnel when we felt there was no life safety risk from civilians being inside,” Wagner said.

Dennis Kurlas has owned the Fairfield spot for 40 years. He said he is thankful no one was hurt, and he will definitely rebuild.

“My first reaction was, I'm driving up here, talking to our managers, our employees, making sure everyone was okay … I'm glad nobody was hurt, that's the main thing because these material things can be replaced in two to three months,” Kurlas said. “Phoenix rising right?"

UPDATE: Fairfield Skyline owner Dennis Kurlas says they will absolutely rebuild after fire destroyed his restaurant. His family has owned franchises for 50 years and has been in this specific spot in Fairfield since 1978. @WCPO pic.twitter.com/B0bvdDqUIA

Firefighters believe the fire had been burning for a while based on when the roof collapsed, Wagner said.

Fairfield and Hamilton firefighters responded to control the blaze.

No injuries have been reported. The cause of the fire is under investigation.