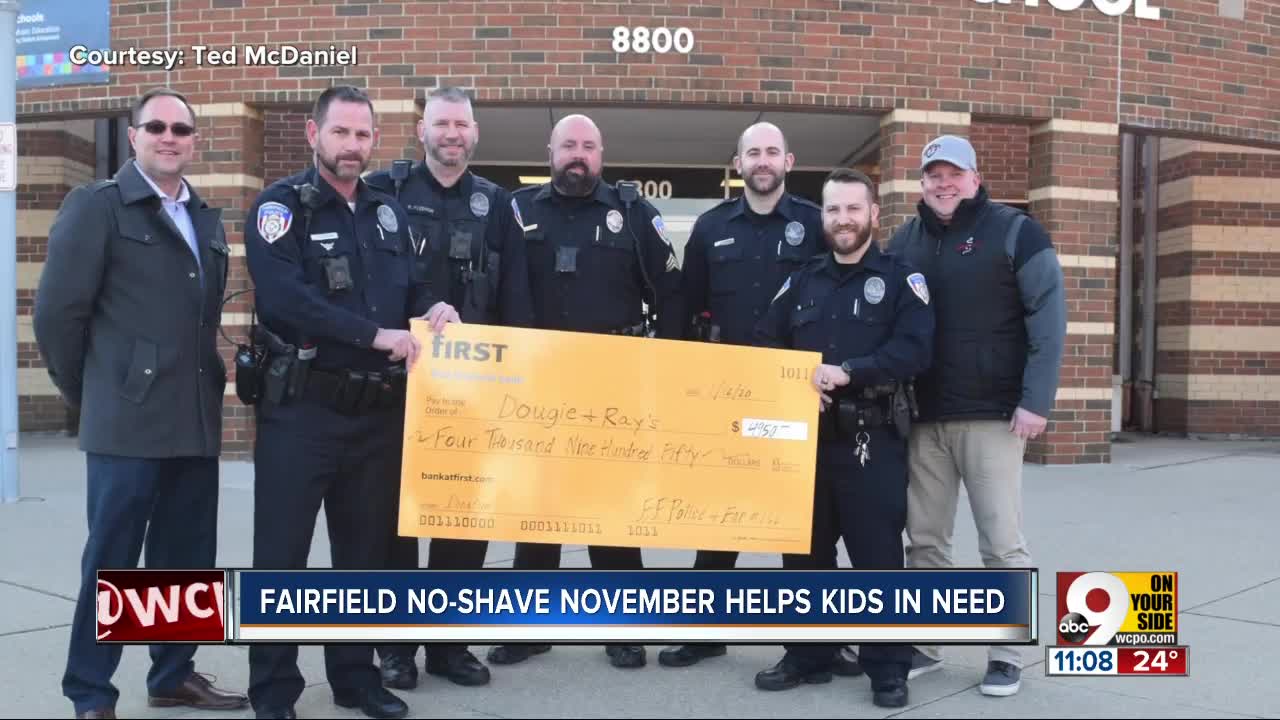 He and 31 other officers began growing beards as part of No-Shave November, paying $25 each for the privilege of violating standard police grooming guidelines for a month.

At the end of that month, they decided to keep going and pay another $25. At the end of December, they did the same thing.

The money didn’t go to the department. It went to Dougie and Ray’s, a nonprofit charity that supports low-income Fairfield City Schools students and their families.

Dougie and Ray’s various programs pay off children’s school lunch debt, ensure low-income families start each year with new school supplies and buy Christmas presents for children whose parents would otherwise be unable to afford them.

“It’s an opportunity,” Harrington said Monday. “It’s so nice during the holiday season to donate the money and see the effect it had on the needy students at Fairfield.”

With the local Fraternal Order of Police matching each officer’s donation, the project raised $4,950.

Dougie and Ray’s founder Ted McDaniel said he was ”absolutely floored” by their generosity.

“That means so much,” he said. “That was able to get 124 kids help with Christmas this year. We’re able to help out the Fairfield Academy School and their Santa Shop so their kids can pick Christmas gifts for their siblings that may not get gifts. And have (lunch program) Lunch It Forward. Right now, we’re up to 3,300 meals that we’ve covered in elementary schools.”

“I’m hoping it’s not the last time I get to grow it,” he said of his beard. “But to have to maintain it so much. It becomes cumbersome.”