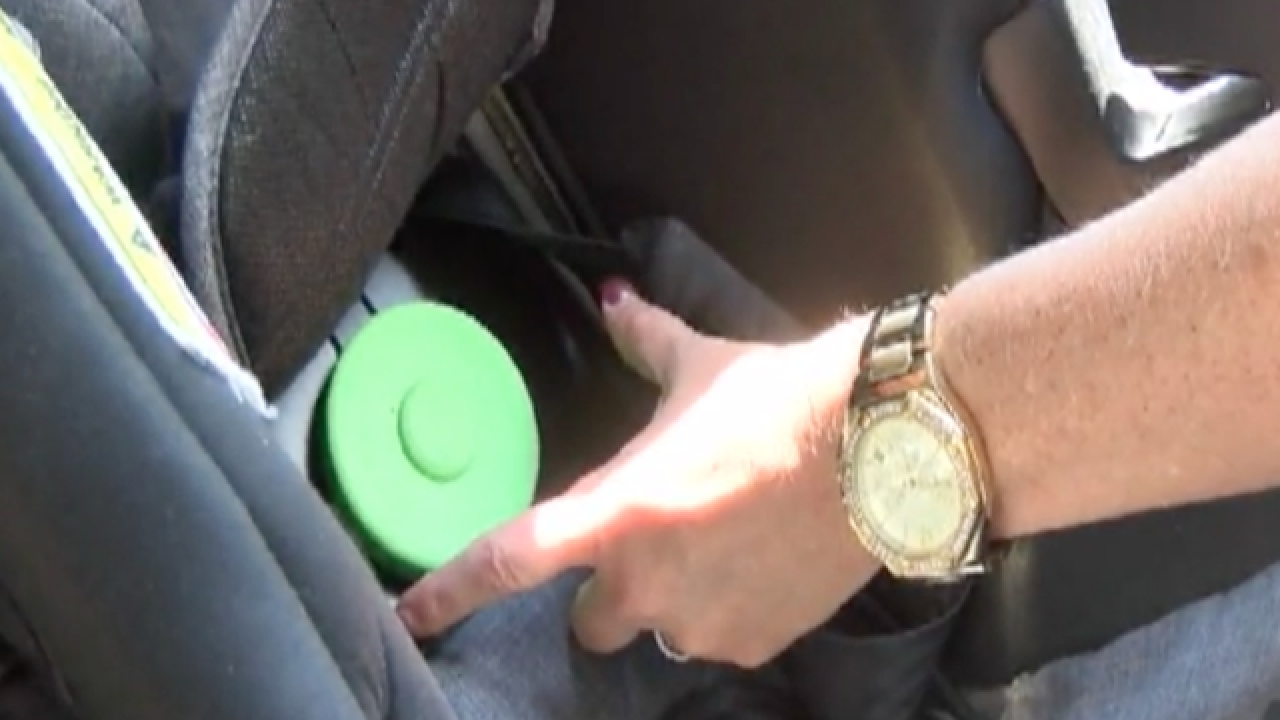 WATCH a video and see how the Backseet Buddy works

FAIRFIELD — As an emergency room nurse, Maria Striemer had seen her fair share of injuries and close calls. But perhaps the most heartbreaking one, she said, is when a father rushed into the hospital with his baby after leaving him in a hot car for only 15 minutes.

“Being in that kind of a situation, and seeing the mom and grandmother come in, it’s really heartbreaking and leaves you speechless,” Striemer said.

In 2017, 42 children died from vehicular heatstroke after being left behind in hot cars, according to KidsAndCars.org. On average, 37 die each year.

“I just don’t feel like there’s enough going on,” Striemer said. “I told my husband ‘there has to be something (to help).”

Introducing Backseet Buddy, a new invention to help prevent children from being left behind in cars.

Striemer’s husband Grant, an engineer and sensors expert, helped her brainstorm how to connect a device to modern smartphones to alert parents when their child has been left in the backseat of the car. A lightweight, twinch button is placed in the child’s car seat, and when it senses a weight, a signal is sent to the parent’s phone via the app reminding them that their child is traveling with them that day.

“What happens is, if you are 50 meters away it loses that signal, kind of if you’ve unplugged something from the wall,” Striemer said. “When it senses that, it says, ‘hey, I’ve lost the signal, so your child is still in the car.’”

The temperature in a hot car can increase by eight degrees every 10 minutes. Whereas most adults might be able to withstand it, a child dehydrates three-to five times faster, making it even more dangerous to leave them behind.

According to Fort Hamilton Hospital’s Chief Medical Officer Marcus Romanello, even if a child does not die from being left in a hot car, they can suffer irreparable brain damage.

“It’s just incredibly sad to think that we have the ability to prevent these,” Romanello said. “Never leave a child in an unattended car environment. That car gets so hot so fast.”

Grant and Maria hope their invention touches on another facet of child hot car deaths: blaming the parents involved.

Most times, leaving a child behind in the car is a complete accident. In a 2017 case, a Mason mother said she believed she had dropped her daughter off at daycare before going to work. Changing her daily morning routine had caused her to forget her baby was sleeping in her car seat.

“We have to move past that and stop the judging,” Maria said. “Hopefully, this will be a remedy and we can bring it to market.”

Backseet Buddy is in its final stages of being ready to produce. It was beta tested by Romanello himself, a father of four boys.

“This is a great example of something that can prevent this kind of catastrophe,” Dr. Romanello said. “My heart goes out to any parents who have been affected by this tragic circumstance and I look forward to more inventions like the Backseet Buddy.”

An Indiegogo campaign is currently underway to help the Striemers meet a $30,000 goal to purchase the mold for the Backseet Buddy and officially put it on the market. Their next goal is to be featured on the popular investing show, Shark Tank.

“We’re set to go,” Striemer said. “If it saves one life, it means everything. It’s completely worth it.