Crowd marches through Fairfield, kneels at park in protest 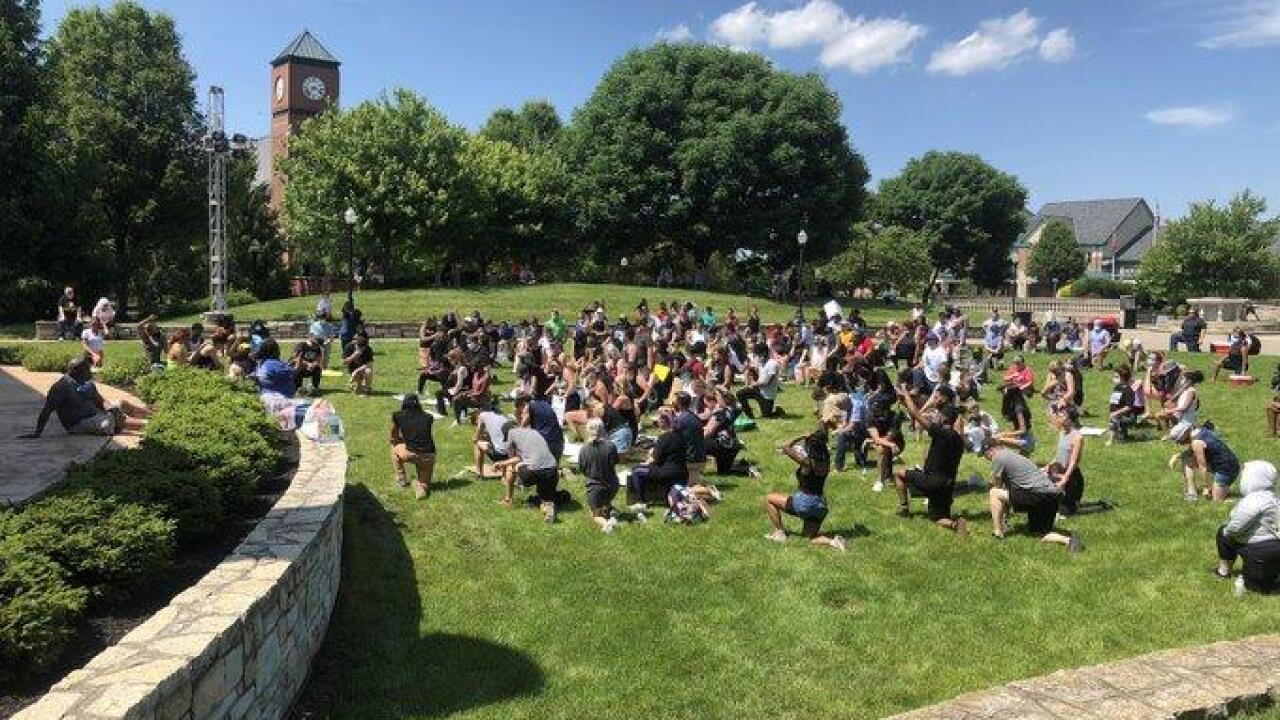 FAIRFIELD, Ohio — A crowd marched in Fairfield and then gathered at Village Green Park in Fairfield on Saturday in protest after the death of George Floyd in Minneapolis.

The group met at Fairfield Stadium and marched along Nilles Road to the park. Most took to their knees as others spoke, and the crowd was silent for more than eight minutes to recognize the amount of time a police officer’s knee was on Floyd’s neck.

One of the organizers, Maya Middlebrook, said everyone needs to receive the same treatment by police.

“We’ve decided to bring the issues at hand into the places we call home,” Middlebrook posted to Instagram before the event. “Many of our neighbors are able to stay within their bubble while disregarding the many hardships and injustices Black people face everyday.”

Multiple events happened throughout the week in Butler County, including a Tuesday night gathering in West Chester Twp. that drew protesters who had been in downtown Cincinnati earlier in the day, and two events on Wednesday in Hamilton and Middletown.

Organizers said protesters have spoken on a consistent theme: They say violence against black residents by police officers is at a breaking point, governments need to take specific actions to battle the problem and those police who commit violence need to be prosecuted.