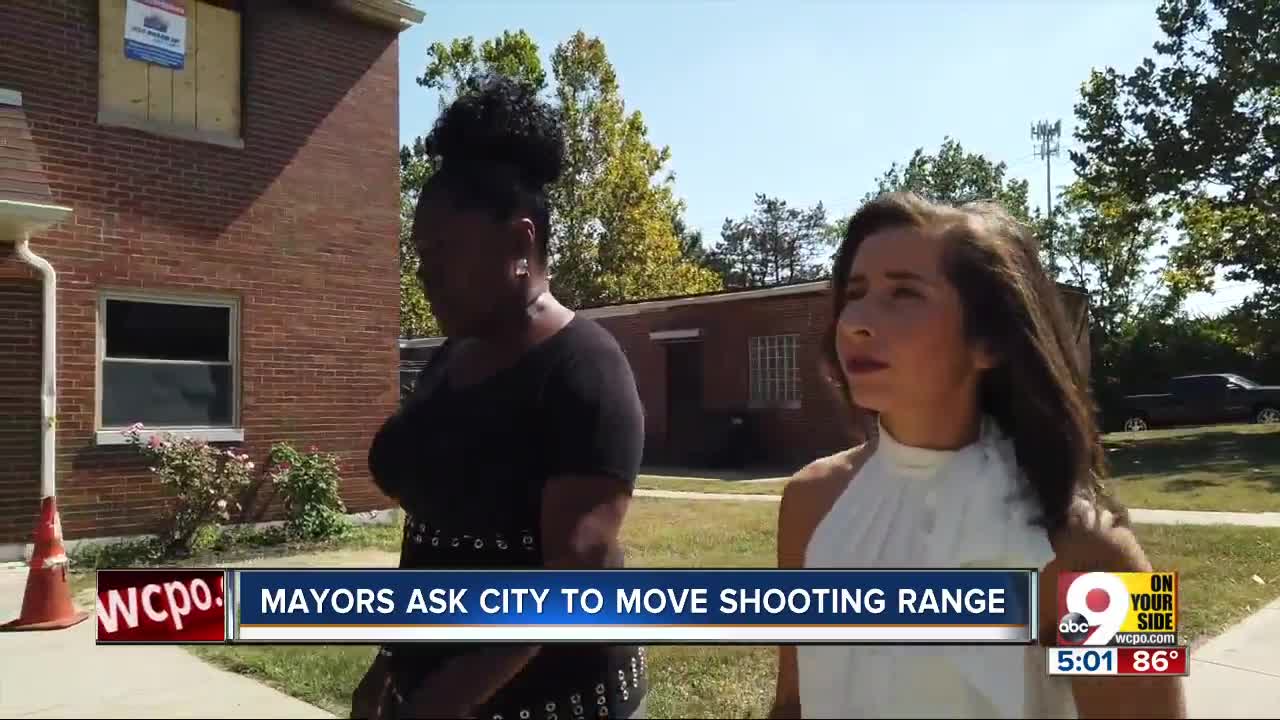 Some people in the area say you get used to the sound of Cincinnati officers testing out their artillery. Others say it's disruptive and startling, even on the best days.

EVENDALE, Ohio — The equivalent of a “war zone.” That’s what some mayors near Evendale are calling the noise from the Cincinnati police's shooting range.

Leaders in Woodlawn, Lockland and Lincoln Heights are asking the city to relocate the range.

“It’s annoying. It can be annoying. They’re out here all the time. It’s loud,” said Steven Seay.

The range is right behind Seay's home.

Some residents say you get used to the sound, but others say it’s disruptive and startling.

“It’s quieter today," said Seay. "When they bring out the big stuff, and when there’s multiple people out here, it can be pretty bad, especially when it’s early in the morning.”

The shooting range has been there for 70 years, but Ruby Kinsey-Mumphrey, mayor of Lincoln Heights, is one of the local leaders pushing for it to leave.

“The noise has become like a war zone,” Kinsey-Mumphrey said.

Kinsey-Mumphrey and other local leaders sent a letter to Cincinnati City Council asking for the range to be moved. Mumphrey says it’s bad for families who live nearby and bad for business.

“Our children have gotten immune to it. So now is the time,” Kinsey-Mumphrey said. “We’re trying to develop the Village of Lincoln Heights. We’re on an uphill climb … but we know in order to prosper, the shooting range needs to go.”

Council Member David Mann says it’s not the first time the issue has come up. But Mann says there aren’t many open spaces to move the range.

“Obviously our police officers need a place to train, to retrain, to learn how to use new weapons and all the rest,” Mann said.

“The question is, are there alternatives that we can look at that would have less impact on surrounding communities and citizens.”

Kinsey-Mumphrey says she is waiting to hear back from City Council about a time that all the local leaders can meet. She has a place in mind and it's not City Hall. She wants councilmembers to hear what the community members hear.

“Let them be able to experience the sounds that our residents have to endure,” Kinsey-Mumphrey said.