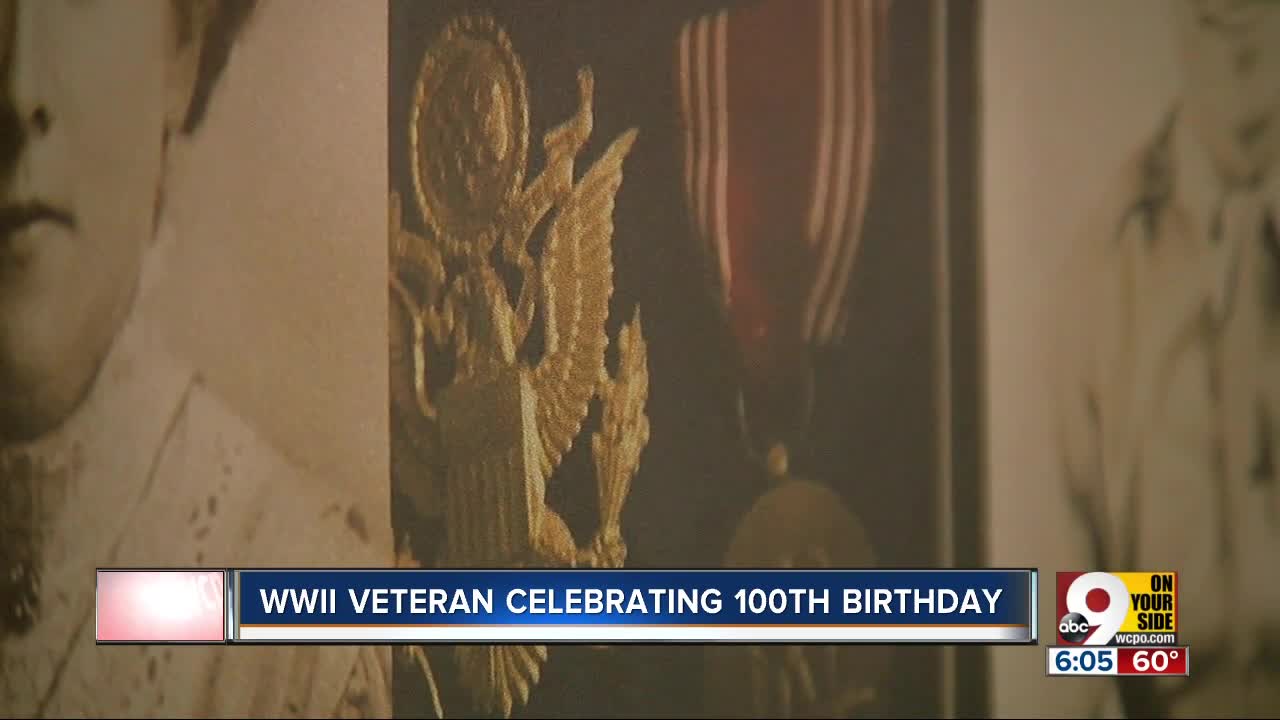 CINCINNATI — Celebrating 100 years of life is always a special milestone, but it's a little extra great when the birthday belongs to a World War II veteran, and happens to fall on Veterans Day weekend.

Robert "Woody" Woodrow said he was at home watching football on a quiet Sunday morning, when his family insisted on dragging him away.

"Completely surprised," said Woodrow. "I had no idea of this."

Woodrow served in the U.S. Army Air Corps during WWII. He was stationed stateside for four years, and said he's thankful for the lessons and discipline he learned from the military, and for the friends he made who shared the same uniform.

For a man celebrating his 100th birthday, friends and family said Woodrow is as social and sprightly as ever.

"He's an amazing man in that he is just so kind and interested in other people," said Molly Woodrow, his daughter-in-law. "He's a very social person."

She said he loves to exercise and stay active -- something she thinks is the secret to his long and healthy life.

Geno Reddish, Woodrow's full-time caregiver, will also be the first to admit that the birthday shouldn't fool anyone. She said Woodrow is independent and doing just great.

"Woody's there more for me than I am for him," said Reddish. "I think I'm just his roommate."

A roommate who only just recently relinquished the job of doing his own laundry -- and not without a fight, Reddish said.

In addition to celebrating Sunday with friends and family from all over town, the Village of Evendale will also honor Woodrow's 100th birthday during a Monday evening veterans night dinner.