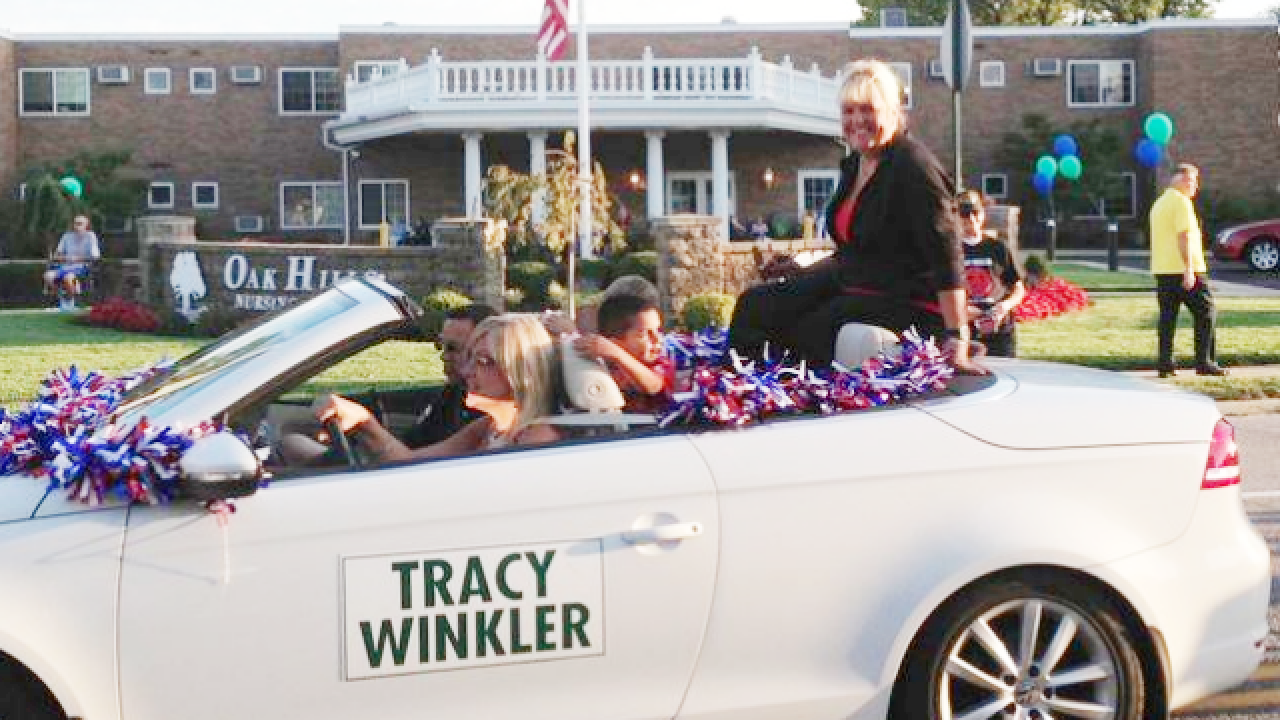 CINCINNATI – An email controversy is enlivening the county clerk race pitting an eager, well-financed challenger  against a well-known Republican.

Tracy Winkler's opponent says Clerk of Courts emails asking her employees to volunteer to work on her campaign are  "coercive, thinly veiled intimidation."

In a statement, Democratic challenger Aftab Pureval, a P&G attorney and former federal prosecutor, said the clerk's office "leaned on its public employees to help re-elect" Winkler, clerk since 2012.

Winker's Sept. 1 email, to an unspecified group from her personal account, encourages them "to get out and support our Keep Tracy Winkler Clerk of Court campaign" by distributing yard signs and representing her at the Harvest Home Parade, church festivals, fairs and other community events. The email was sent during work hours – at 1:51 p.m. on a Thursday.

State Sen. Cecil Thomas, a Democrat, jumped into the controversy Wednesday, saying he has asked Hamilton County Commissioners to direct Prosecutor Joe Deters, a Republican, to investigate the emails. State law prohibits unclassified employees (typically managers) from soliciting classified employees (typically rank-and-file) for political gain, but Deters' office has previously ruled that everyone in the clerk's office is unclassified, according to City Beat.

The state attorney general office told City Beat it may investigate based on whether the emails were sent on office time and/or on office computers.

The emails contain no orders that employees work on the campaign or direct threats if they don't, but two statements by Robinson might give employees pause.

"Thanks to those that have contributed, attended festivals etc for Tracy this summer. You're (sic) appreciation has not gone unnoticed by Tracy," Robinson says.

Secondly, Robinson tells employees he expects them to wear Winkler campaign T-shirts at public events and not other candidates'.

"Your first and foremost attention should be given to TRACY WINKLER!!! If you are willing to wear a campaign T-shirt it should be for Tracy. Please don't let me run into you with another shirt on when you could/should have been wearing Winkler attire … If it were an off-year that Tracy wasn't running then I'd say help who you want."

Winkler's email direct volunteers to contact Jeff Baker for an assignment. Baker is listed as human resources administrator for the clerk's office and president of the Colerain Republican Club.

"Tracy Winkler has established a litmus test for getting a job at the courthouse," said Pureval, a first-time candidate.  "It's not about your resume or experience, it's about your loyalty to one political party."

Pureval said Winkler hires almost exclusively Republicans – eight for every one Democrat, according to Cincinnati magazine. Her employees had contributed $5,320 to her campaign as of June 1, according to the Board of Elections.

If he is elected, Pureval pledged, employees would not be allowed to contribute his campaign and no employee would send campaign emails during working hours.

"With early voting starting tomorrow, my opponent is launching a political attack. We are aware of his specific allegations. The public can be assured that no county resources were used to further my election, and nothing illegal occurred. Our office is a model of good service and integrity. The allegations to the contrary are part of my opponent's political attack, and I do not intend to address this any further."