Cranley intervenes to stop pastor from being sent to jail; Simpson accuses him of 'starting a fire' 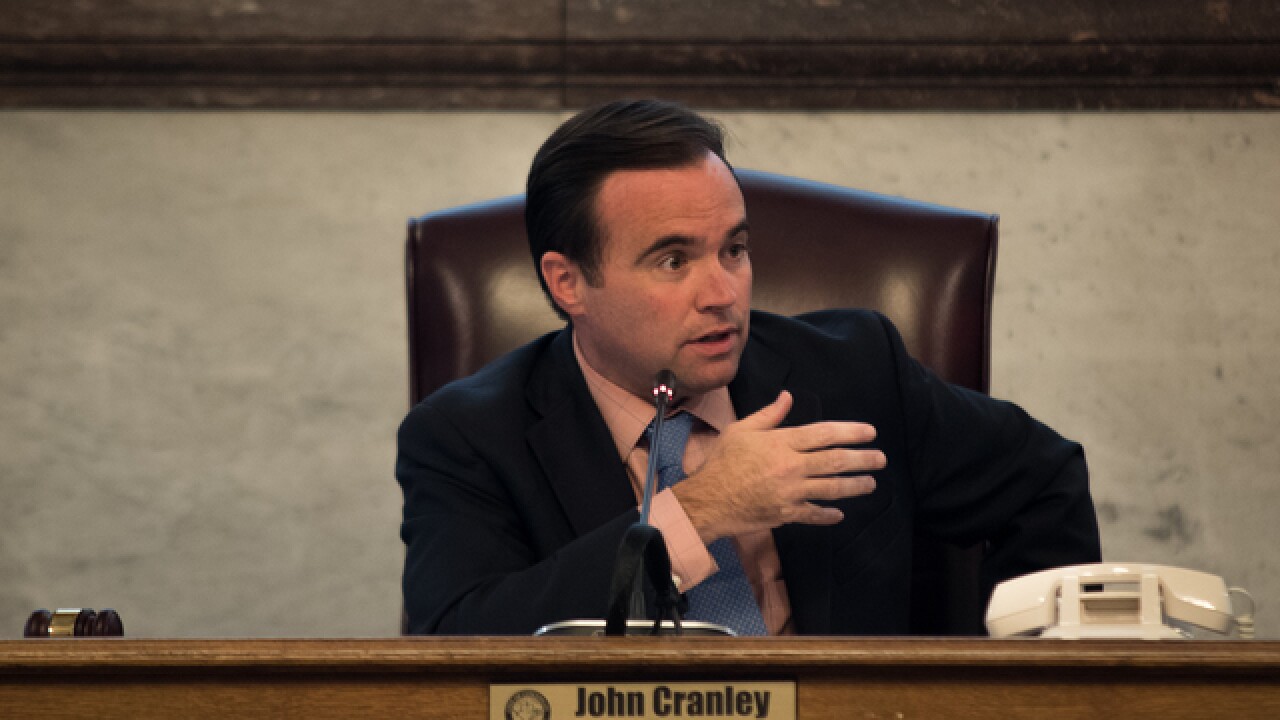 Court documents indicate that the Rev. Mingo, a pastor at Christ Temple Baptist Church, was arrested and charged with a failing to fix a broken retaining wall on his Evanston property in September 2016. Mingo then entered a compliance agreement with the city: He would check in with a court regularly to update authorities on the progress of the requested repairs.

"Generally, the finding of guilt is extinguished once the condition is brought into compliance," Boggs Muething wrote.

The records provided to WCPO list hearings in November and December 2016 as well as January, February, March and April 2017 that passed without apparent incident.

However, something went wrong at Tuesday's hearing, Boggs Muething wrote in her memo.

Following an "exchange," Judge Bernie Bouchard sentenced Mingo to 100 days of house arrest. After another "exchange," that sentence had intensified: 90 days in jail.

Boggs Muething and Cranley met Judge Bouchard at the courthouse and "prevailed upon the judge to reconsider" escalating the case with criminal charges. Bouchard ultimately ruled that Mingo had until his next compliance hearing to bring the wall up to code.

City Manager Harry Black wrote in a memo later that day that he was working with Mingo to find a solution before Bouchard's deadline.

"I have spoken and met with Pastor Mingo to ensure he has the resources necessary to remedy this real estate situation as quickly as possible," Black wrote.

City Council Member Yvette Simpson, Cranley's rival in the upcoming mayoral election, posted on Facebook Tuesday night that the mayor did not deserve credit for helping Mingo to evade jail time. (Cranley has been hard on neighborhood blight issues and code violations since his election; he announced a "crackdown" on overgrown and mismanaged yards in March 2015.)

According to Simpson, she and other members of Cincinnati's black community had met with an assistant city manager months ago and attempted to help Mingo themselves.

She claimed they were told the situation had been handled and that there was no danger of the housing court escalating Mingo's situation.

"Don't be fooled," she wrote. "This fire was started by the mayor and now he wants credit for putting it out. You can't be a firefighter and an arsonist."