Drugs discovered during a traffic stop on I-75 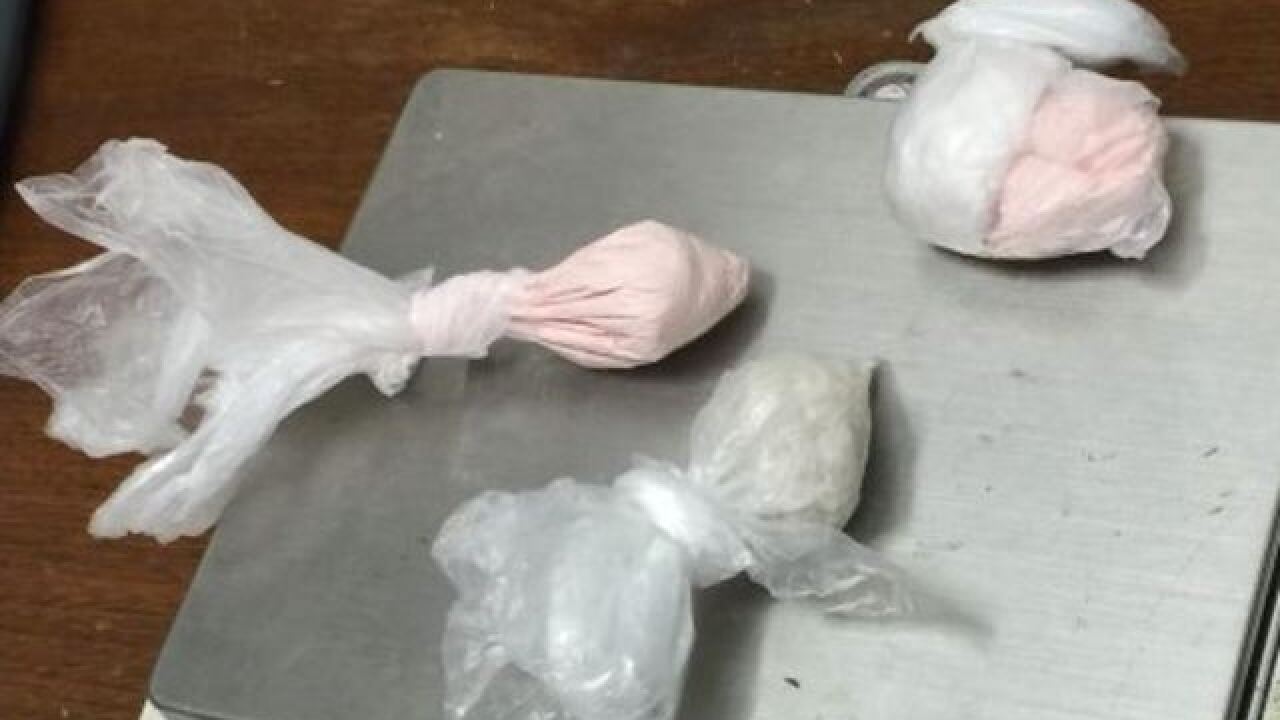 <p>Drugs deadlier than heroin, fentanyl and carfentanil, were recently seized in Hamilton County.</p> CINCINNATI -- Predictions from Hamilton County officials have come true -- dangerous large animal tranquilizers mixed with heroin has made its way to the Tri-State.

A substance found during a recent drug seizure contained a mixture of heroin, fentanyl and the elephant tranquilizer Carfentanil, the Hamilton County Coroner's Office confirmed Friday. The substance -- a light pink color -- was taken by RENU agents when it was discovered during a traffic stop on I-75 near Mitchell Avenue.

Police said 27-year-old Kendall Cunningham was pulled over last Friday and was driving under a suspended license. Officers smelled marijuana and searched the car, where they found marijuana, cocaine and the pink substance, later determined to be the heroin-fentanyl-Carfentanil mixture.

Cunningham, of Cincinnati, and his passenger, 21-year-old Malik Bowman of Forest Park, were arrested and charged with drug abuse and trafficking, according to the Sheriff's office.

The heroin mixture was "relatively small" at 28 grams, the sheriff's office said.

Cincinnati-area hospital emergency rooms handled 174 drug overdoses between Aug. 19 and Aug. 24,  and rescuers responded to more 70 overdoses in just Tuesday and Wednesday. During that time, three people died of overdoses.

WATCH our report on that week's deadly outbreak of overdoses:

The Hamilton County Heroin Task Force said a Carfentinal mix was likely the culprit behind so many overdoses.

"These people are intentionally putting in drugs they know can kill someone," said Newtown police Chief Tom Synan, head of the task force. "The benefit for them is if the user survives it is such a a powerful high for them, they tend to come back ... If one or two people dies, they could care less. They know the supply is so big right now that if you lose some customers in their eyes there's always more in line."