Coroner will get new building for crime lab 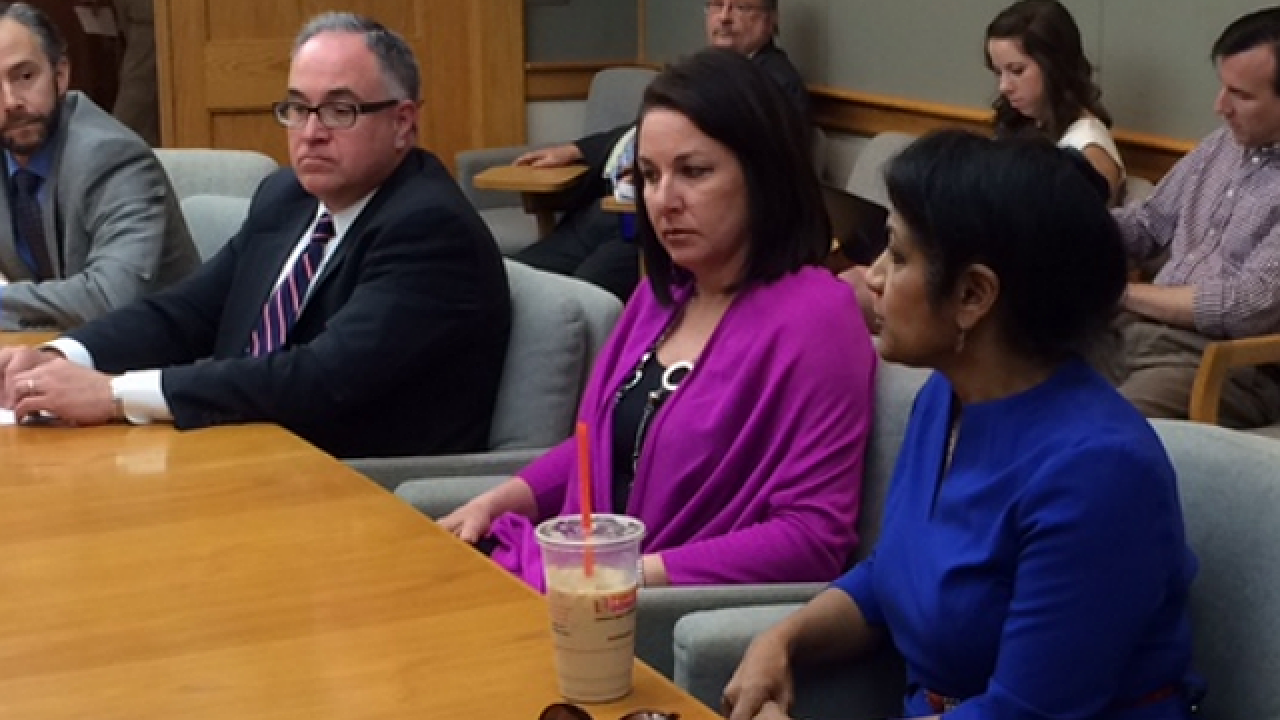 <p>Coroner Dr. Lakshmi Sammarco (right)  meets Monday with county commissioners (out of the picture, at left).</p>

CINCINNATI – The Hamilton County coroner's crime lab will be leaving its old, outdated and cramped quarters for a brand-new building at a new location.

Commissioners gave the go-ahead at a Monday meeting after a plan to renovate an existing facility failed. Commissioners have $40 million already allocated from the last budget to use toward a new building.

Coroner Dr. Lakshmi Sammarco said she would like the new building to be located near a highway to give it fast and easy access for law enforcement.

Sammarco has been lobbying for new lab quarters for several years. The current building, on Eden Avenue in Corryville, is more than 43 years old.

Sammarco and her team thought relief was in sight in 2014 when commissioners unanimously approved accepting as a gift the former Mercy Franciscan Hospital facility in Mount Airy to open an expanded regional crime lab.

Those plans ultimately fell through due to cost reasons, then commissioner Greg Hartmann said.

Six months ago, Sammarco told WCPO the aging space makes it difficult for her team to use the sophisticated equipment needed to do the job.

"[The building] was built over 40 years ago to house half the number of people that actually work there," Sammarco said. "This was at a time when the technologies that we're using now weren't even on the horizon."

There’s so little space, she said, technicians often have to process one piece of evidence at a time.

“We have pieces of equipment in this room where we have to unplug one to plug in another one, so that we can actually run these tests simultaneously,” she said. “Normally, in a real crime lab, they’d be run at the same time.”

Even when technicians have a place to plug in, sometimes equipment breaks down. The cooler where bodies are kept, for example, malfunctioned twice last year and the machine's age makes repairs difficult.

According to Lab Director Mike Trimpe,  each technician takes about 300 drug cases a month and the typical turnaround time is four days. 'But when you’re talking about doing 50 cases a day, if an instrument goes down, that’s a big backlog,” Trimpe said.

Delays can impact law enforcement, not to mention families of the deceased.

"We are acutely aware of what [the delays mean] to families and the delays that they are experiencing in getting answers," Sammarco said. "It's very frustrating for us, as well."