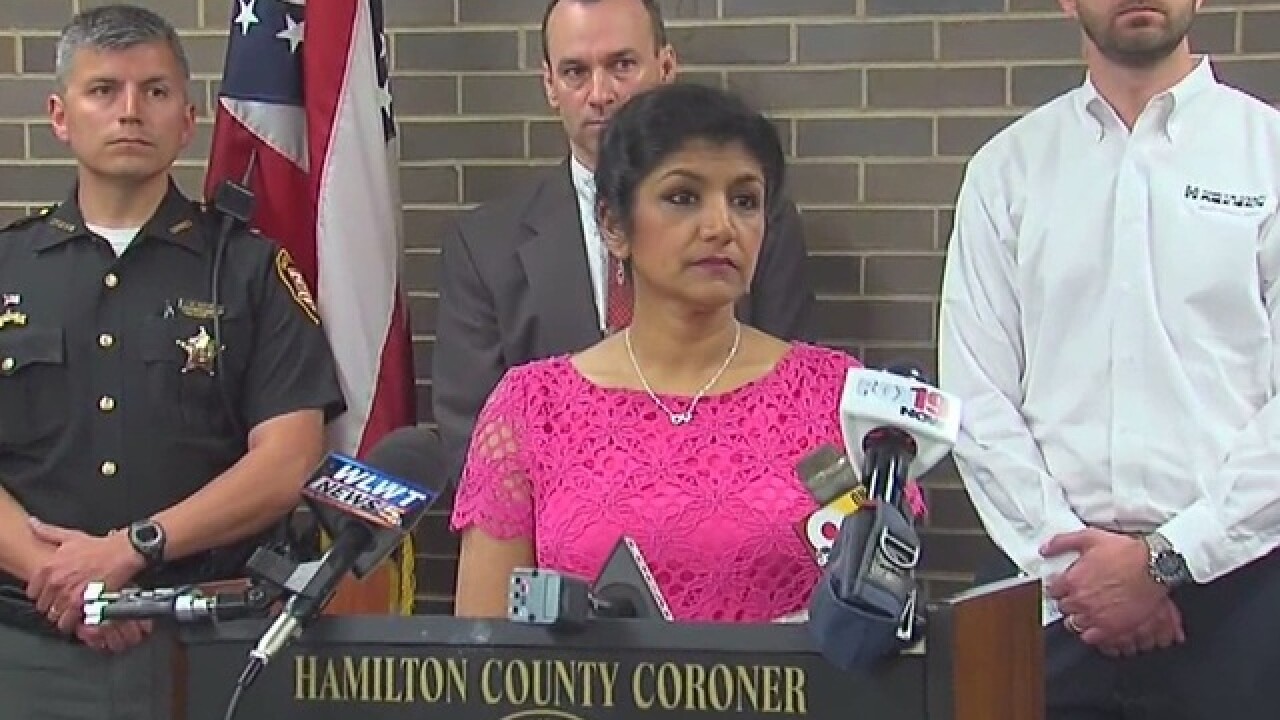 HAMILTON COUNTY, Ohio -- Overdose deaths are up in Hamilton County, even further proof of the heroin addiction epidemic affecting the region.

"This affects all of us," Dr. Sammarco said. "It's not an inner-city only issue. It affects nice neighborhoods, former professional baseball players, dentists, lawyers."

https://t.co/5XsztKesB1. Coroner: "This is not something that's going away as it affects every community. It's leaving orphans behind" @WCPO

When asked about the typical overdose victim, Dr. Sammarco said many victims are in their mid-20s, but she's seen overdose victims from age 16 to 62.

WATCH the full news conference below

Warren County, she said, is providing injections of a drug to help addicts wean themselves off the drug with little to no negative side effects. However, each injection -- usually monthly -- costs $5,000.

The coroner also urged for programs to specifically reach out to inmates. She said she's seen overdose deaths of inmates within hours of their release from prison.

The coroner and sheriff put together a short video for inmates due for release, Dr. Sammatco said.

"We said, 'This is your chance to detox. This is your new lease on life,'" she said. "'Take this chance and don't go back to doing drugs. But, if you do something stupid like return to drugs, know that the amount you used before will kill you.'"

To check out WCPO's coverage on the heroin epidemic in the Tri-State, follow this link.