Raising Hope: A family's fight to do what's best for a growing toddler amid heroin crisis 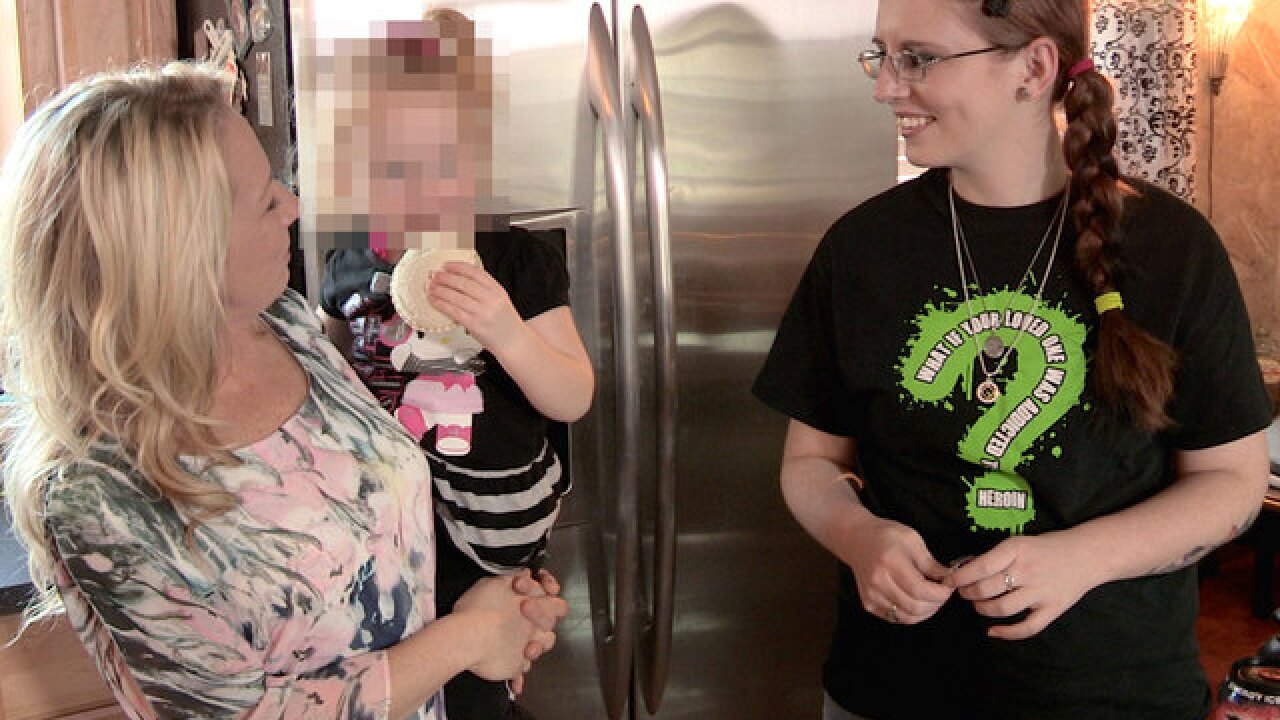 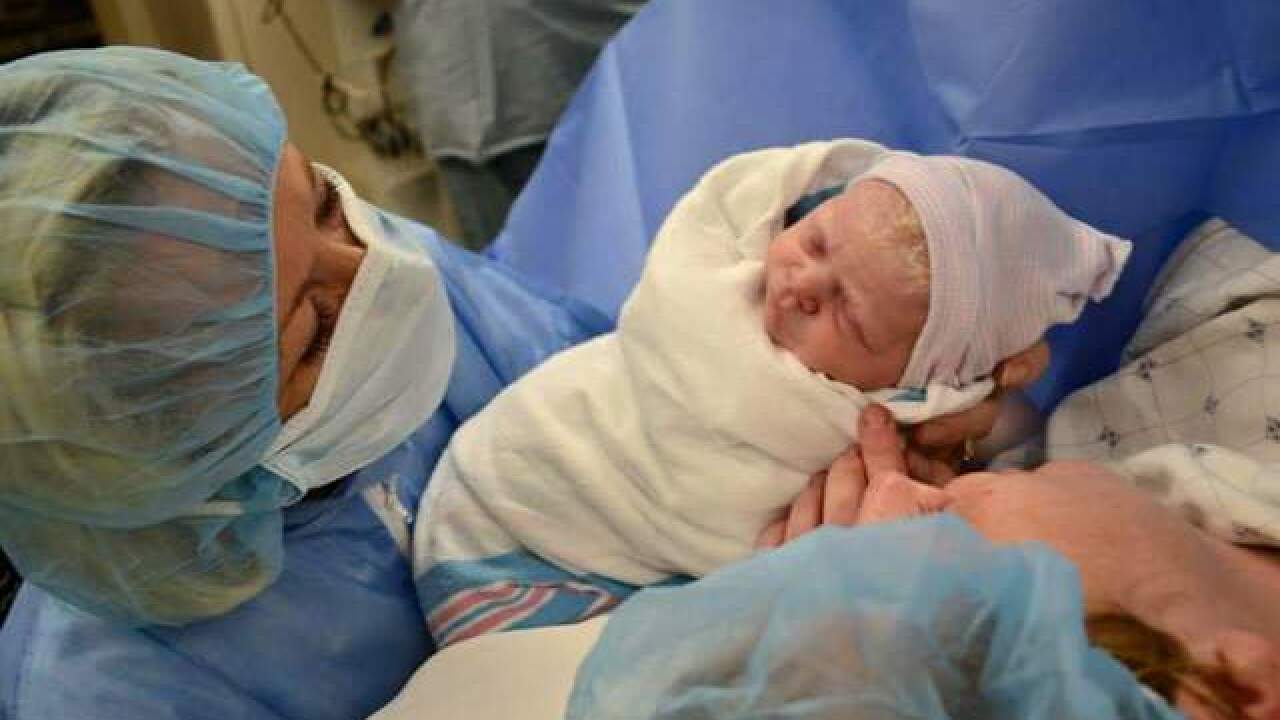 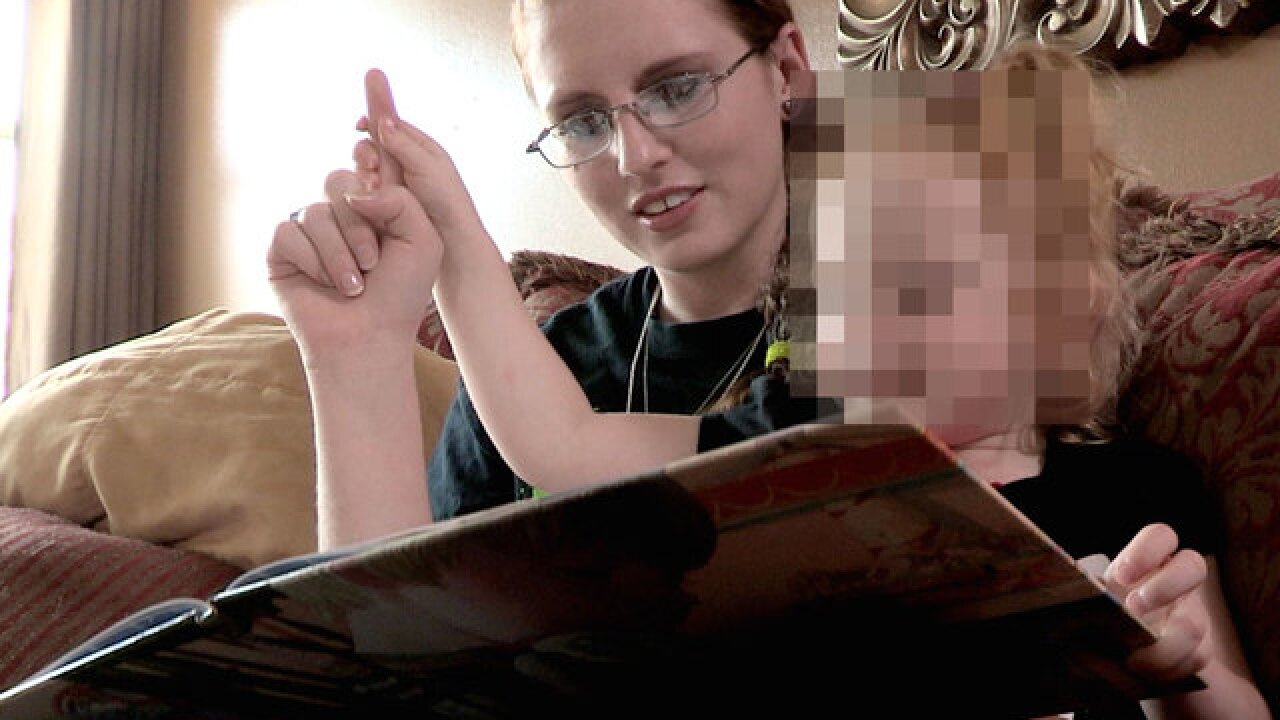 “She loves to play outside, ride her bike and sing,” Sauerwein said of the red-headed toddler. “She is so full of spunk and life.”

It’s a life that Sauerwein and her husband William have worked hard to build for their granddaughter Hope, who was born addicted to heroin. WCPO has changed the child’s name to protect her privacy.

“The day I found out she was born addicted was the day I began my legal battle to try to protect this innocent baby,” Katrina Sauerwein said. “I made a promise out loud to her. I told her that ‘Nana will always fight to keep you safe and will always be there no matter what.’”

Keeping that promise hasn’t been easy.

Raising Hope has meant enduring complicated and costly court custody battles that have forced the couple to nearly deplete their savings. That’s on top of managing the emotional turmoil inflicted as Hope’s parents have struggled with heroin addiction.

“Nothing about this is easy," Katrina Sauerwein said. "You hope and pray that her mother and father will be ready to be parents one day, but we also have to do everything you can to keep her safe until then.”

Thousands of families across Ohio share the Sauerweins' saga as the heroin epidemic takes an unprecedented toll on children.

RELATED: Overdosed and Overrun: A state of crisis in Ohio

In just one year, the number of kids in foster care grew by 10 percent to more than 15,000 children in 2016. Of those taken into custody under the age of one, 70 percent had parents who used opioids, according to the Public Children Protective Services Association of Ohio, a Columbus-based nonprofit.

Unknown, however, are the number of families like the Sauerweins who take on the challenging legal journey required to keep children out of foster care in the first place.

“We know that because of opioid epidemic so many more grandparents and families are working to take temporary or permanent custody, and they all face big challenges,” said Scott Britton, assistant director of Ohio’s Public Children Services Association. The Columbus-based nonprofit lobbies for more funding and law changes to help families like the Sauerweins better navigate the court system and understand their legal rights.

“Families need a lot of help navigating what can be a difficult, confusing and costly legal process,” Britton said. “But the resources available to help them haven’t caught up to the demand.”

The day hope was born

In the Sauerweins' case, they say they thought they were doing everything right – both legally and as second-time parents -- to keep Hope safe and healthy.

On the June 2013 day Hope was born, Katrina Sauerwein was by her daughter Courtney Hasse’s side. WCPO could not reach Hasse for comment.

“I had to beg the hospital to test (Hope) for opioids,” said Katrina Sauerwein, recalling that she had to point out to hospital staff the needle marks on her daughter’s body from her heroin use.

Hope’s first 17 days of life were spent Christ Hospital, where doctors gave her Methadone to wean her newborn body and brain off of heroin. During Hope’s stay, Katrina learned that Hope was in line to be placed into Hamilton County’s child welfare system.

“I immediately began working with them so they would consider placing her with us,” she said.

The family first filed for emergency custody, but that request was denied. Because Hope was in the hospital, the court determined she was in no immediate harm, said Katrina Sauerwein.

“I couldn’t believe it," she said. "Her mother had walked out of the hospital when she was three days old, and here we were the only people fighting to do everything we could for her. We jumped through all the legal hoops we could, and finally we were able to bring her home at 25 days old. Four years later, we’re still fighting for her safety."

‘Why do we have to fight so hard to keep her safe?’

As Hope has grown up in Sauerwein’s Colerain Township home -- celebrating her birthdays, holidays and getting tucked in by her grandparents each night -- her parents’ lives have been spent in and out of jail and in drug treatment facilities.

“We have always felt strongly that she deserves to know her parents, even if they can’t care for her, and we have allowed them to visit over the years when they weren’t using,” Katrina Sauerwein said.

Along the way, there have been periods of sobriety for Hope’s mother, Courtney Hasse, and her father, Nate Koebbe. During her daughter’s treatment and time in prison, Katrina Sauerwein would take Hope to visit her mother.

“When they were in treatment or jail, we would tell (Hope) that mommy and daddy were in school,” she said. “She loves her parents, but for the most part she doesn’t bring them up.”

Late last year Hope’s mother was released from prison. She moved in with her and parents and Hope while she looked for an apartment and job. WCPO featured Hasse’s story of recovery – and the complicated and costly journey the family has endured through the years to help her.

Shortly after her release from prison, Hasse filed for child support payments from Hope’s father. In return, Koebbe filed for custody of Hope. A parent who has custody doesn’t pay child support. Koebee declined interview requests from WCPO and did not return an email with questions about the custody case.

Court records detail Koebbe’s history of heroin addiction. Koebbe hasn’t used heroin since November 2014, the records state, but he did test positive for marijuana use in October. He also has three convictions for driving impaired - the latest one occurring two years ago. Currently, he has limited driving privileges and is living with his girlfriend in an apartment she rents in Northern Kentucky, according to the records.

According to court records: “A noticeable change in (Hope’s) behavior was reported by the daycare and other family members since Father has had increased visitation. For example, great grandparents noted that (Hope) is much more out of control and is more demanding.”

Last month, a court magistrate recommended Koebbe receive full custody. For the Sauerweins, the court granted  visitation every other weekend with the grandchild they have raised from birth.

The decision shocked the Sauerweins.

“Why do we have to fight so hard to keep her safe?” Katrina Sauerwein said. “For the life of me, I can’t imagine why the court would want to uproot this child from a stable life and everything she knows – how is that in her best interest? Her father is doing better, yes, but he’s not ready yet.”

“(A)n award of custody to father right now would be detrimental to (Hope),” wrote the guardian ad litem. “I appreciate and commend Father’s efforts…,but Father has not built up enough of a records to prove stability and fitness in this case.”

However, in custody cases involving a parent and nonparent, Ohio law states that “parents who are ‘suitable’ persons have a paramount right to the custody of their minor children unless they forfeit that right by contract, abandonment or by becoming totally unable to care for and support those children.”

The law goes on to state, that “suitability” is measured in terms of the “harmful effect of custody on the child, rather than society’s judgment of the parent.”

That means that nonparents, like the Sauerweins, must be able to prove to a court that a parent is unsuitable and that awarding custody of a child to that parent would harm the child.

In Hope’s case, the magistrate wrote that that Koebbe “has a strong track record of beating his heroin addiction… The other factors that grandmother and the GAL are concerned about, his driving privileges, whether he has proper seatbelts, whether he is living paycheck to paycheck, these are areas that can be fine-tune to ensure (Hope’s) safety and wellbeing.”

The Sauerweins have filed an objection to the magistrate’s decision. The case is now slated to be reviewed by Hamilton County Juvenile Judge John Williams later this month.

In recent years, some laws have been streamlined to make it easier for grandparents gain custody more quickly.

“When a grandparent steps in, they need legal authority to do things like enroll the child into school or daycare, or get them to medical appointments,” said Scott Britton of Ohio’s Public Children Services Association.

One legal tool -- known as a grandparent power of attorney – allows grandparents to do that with limited legal filings.

“We worked hard to try to expand those rights to other family members who aren’t grandparents, but the legislature hasn’t seemed interested in taking that on,” Britton said.

The nonprofit has also lobbied for more grants that could help families like the Sauerweins offset their legal costs and the costs of taking in a child.

“Daycare can be as much if not more expensive than a mortgage, and the court expenses can be a big barrier for families who are doing everything right to keep a child safe,” Britton said.

Just since May, the Sauerweins have spent $18,000 in court and legal fees. That's on top of more than $100,000 spent in recent years as the couple has paid for various recovery and treatment programs to help their daughter.

As the opioid epidemic has evolved with more powerful and addictive drugs,  child welfare and court custody cases are expected to continue to get more complex, Britton said.

“For so long the goal has been to reunify children as quickly as we can with parents, but we know the nature of the this addiction epidemic is different from other addictions,” Britton said.  “It takes more time for people to recover, and the chances of relapse are very high.”

Child welfare workers are told to expect five to six relapses in the cases involving an opioid-addicted parent, he said.

“It’s incredibly challenging," Britton said, "and it's one of the reasons we’re concerned that we’ll be dealing with epidemic for the long haul.”

As for Hope's case, Katrina Sauerwein says she's not trying to keep her granddaughter from having a relationship with her father. During the custody hearings, she's asked for a slower, more gradual shift in visitation and eventual custody rights for Koebbe.

"I just don't think it should be this hard to do what's right for Hope," she said.