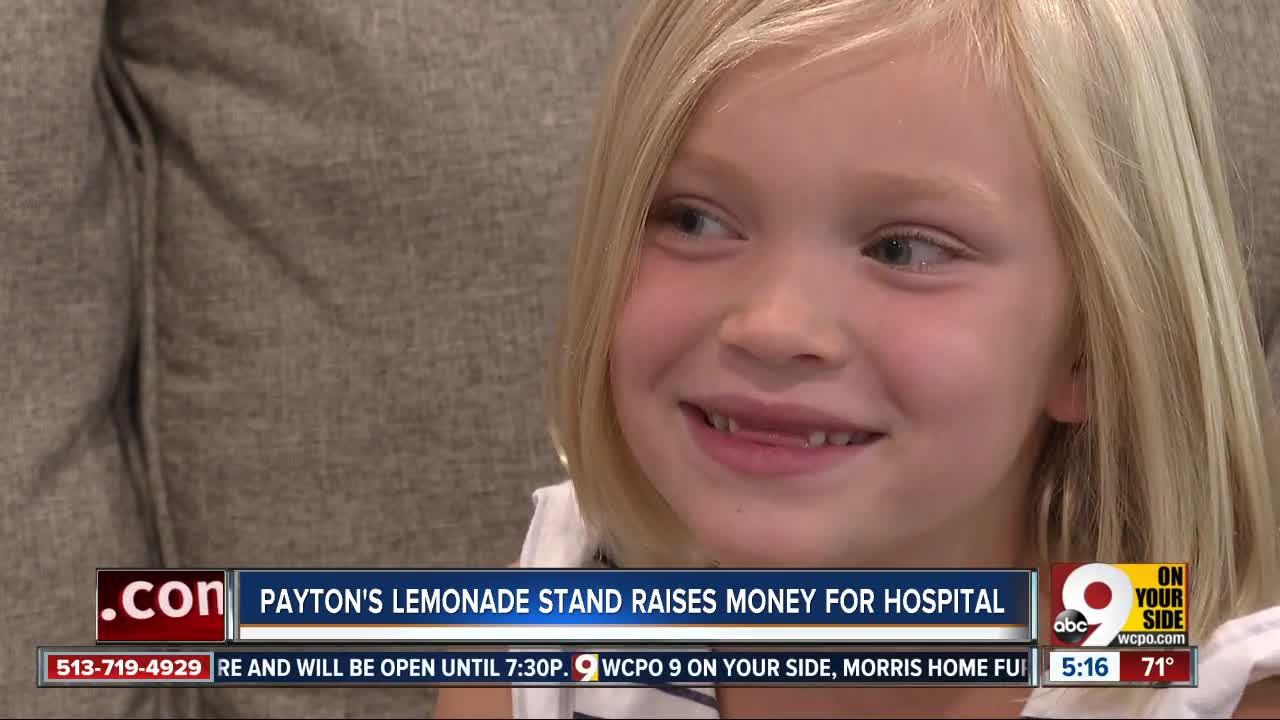 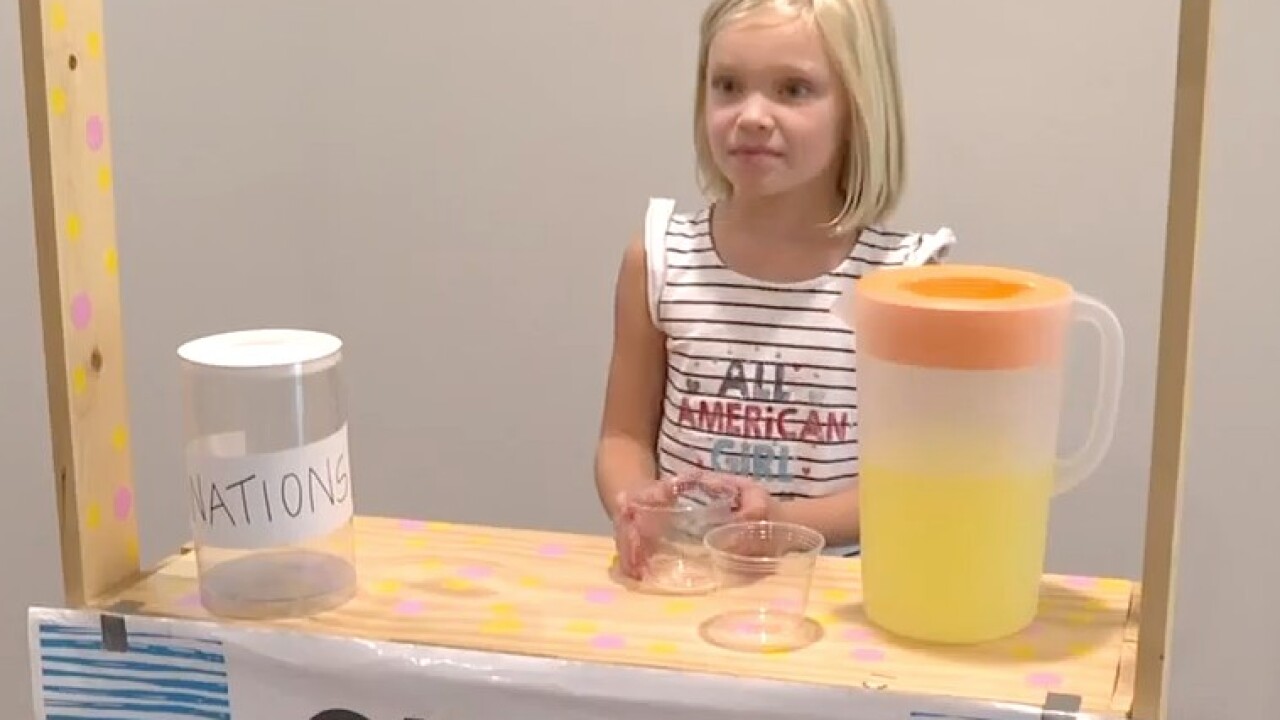 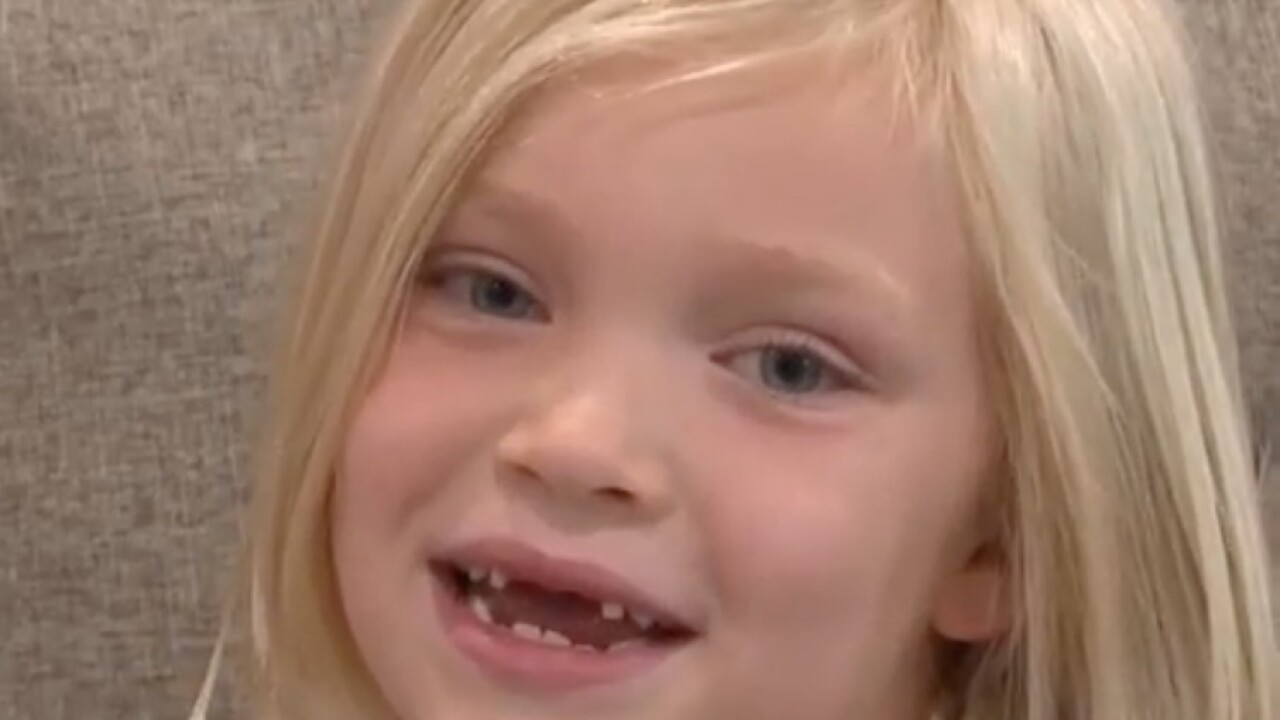 COLERAIN TOWNSHIP, Ohio — Seven-year-old Payton Obert held her first lemonade stand in her driveway last year, mindful of a precious gift she received when she was a baby at Cincinnati Children’s Hospital and determined to pay it forward.

Today, those cups of lemonade have added up to thousands of dollars' worth of toys for patients like she was.

“When I got my Teddy, I was really excited,” Payton remembered.

To this day, she keeps Teddy by her side.

"I want other people to feel excited when they're in the hospital and maybe they don’t have their mom and dad with them,” Payton said

So out poured an idea: lemonade.

“Payton saw her neighbors having a lemonade stand and she had never heard of such a thing, so she wanted to do one,” said Jess Obert, Payton’s mom.

Last year, Payton’s lemonade stand raised nearly $700 for toys for kids at Children’s. This year, though, lemonade sales and donations have been "phenomenal,” said her dad, Michael Obert.

The family has raised nearly $6,000, They donated a check – and toys - to the hospital Monday.

“There’s nothing that can bring a smile to a sick child’s face like a new toy can,” said Payton’s mom.

Payton’s generosity is no surprise to her parents. They say she’s a giver.

“It makes us pretty proud, pretty comfortable that she’s going to do great things no matter what she decides to do,” said Payton’s dad. “It always chokes you up a little bit over time when the donations are going in and going up. I’m getting a little teary eyed with it, too.”

The lemonade stand was held on Aug. 3, but donations are still pouring in online because the need isn’t going away.

You can donate here.

“Kids are never going to stop going to the hospital,” Payton’s dad said. “Instead of focusing on the medical issue that’s going on, it at least gives them some reprieve to focus on this toy they can play with.”

Payton’s family is already planning for next year’s sale, where they hope to have multiple stands set up across the area.