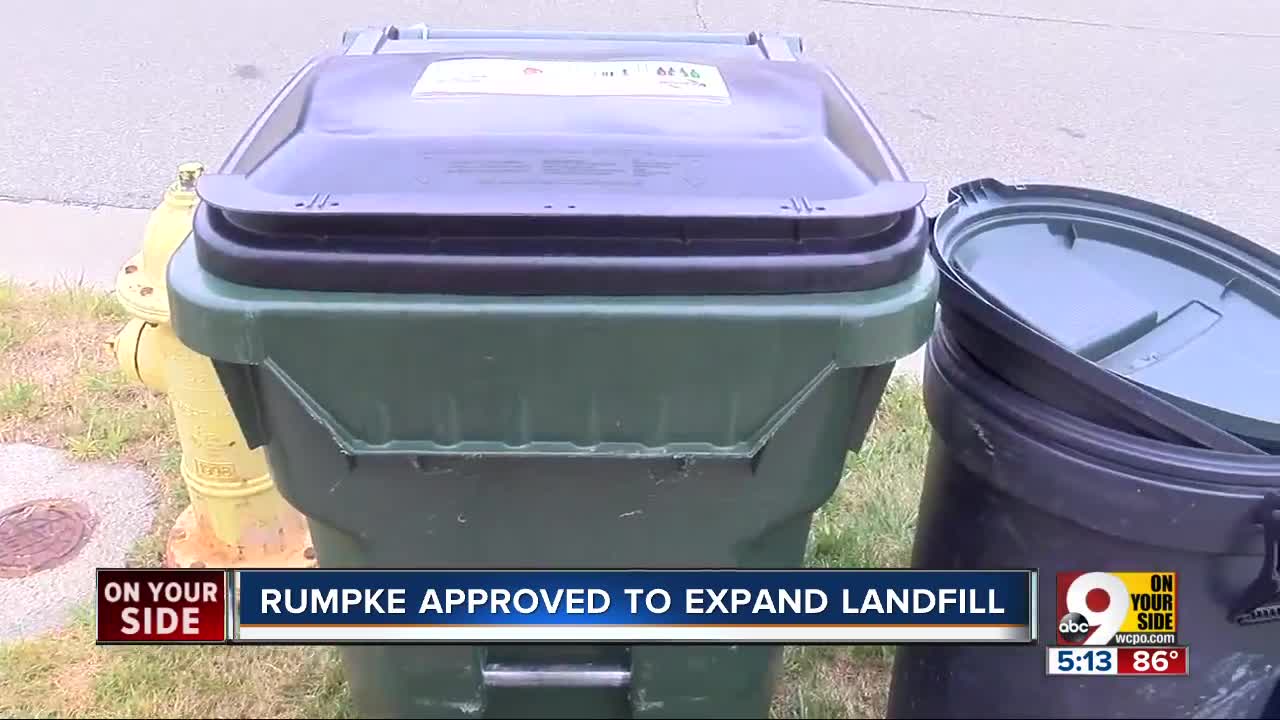 About one in four items recycled isn't actually a recyclable, according to Rumpke spokeswoman Molly Yeager. 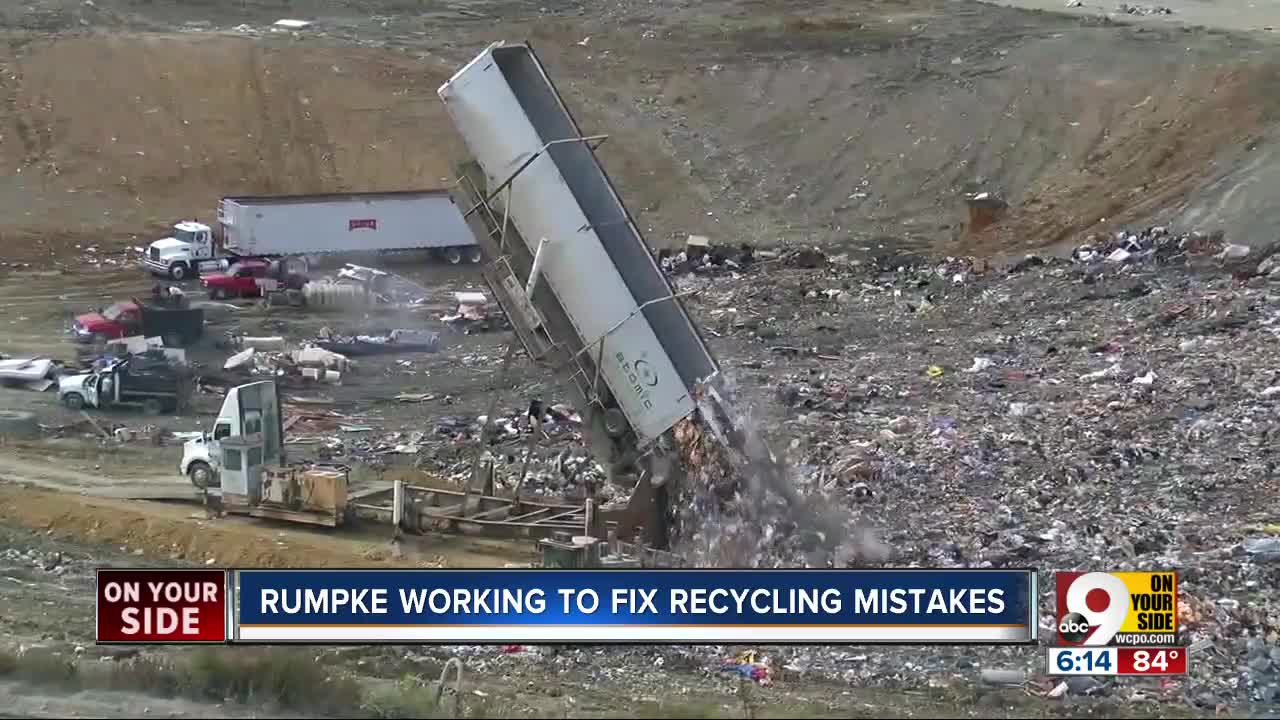 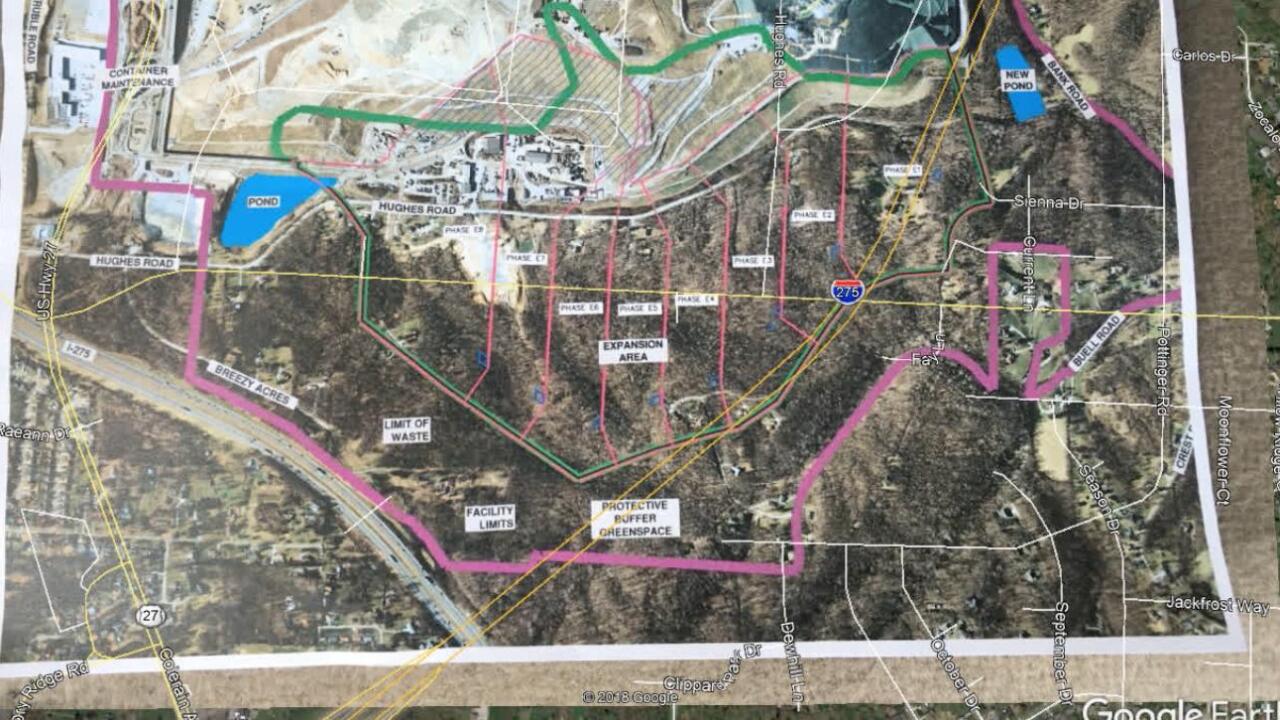 COLERAIN TOWNSHIP, Ohio — Rumpke can expand its Colerain Township landfill to cope with a rising tide of garbage, the Ohio Environmental Protection Agency announced Monday. The 240-acre expansion will provide enough space for an estimated 30 additional years of storage, according to Rumpke spokeswoman Molly Yeager.

The company has been fighting to expand the landfill since 2006. After a lengthy legal battle with Colerain Township, Rumpke worked out a deal with the city to pay $1 million per year for the space.

Before the announcement, the company estimated its Colerain site could handle another four years of disposal at most, Yeager said. It will take two to make the necessary expansion.

“Every day, our residents are putting trash at the curb, and they expect it to go away,” she said. “Away is somewhere.”

As it begins expanding the landfill, Rumpke will also make an effort to encourage Cincinnatians to recycle — really recycle, not just put everything made of paper in a green bin and hope for the best.

About 25% of items people attempt to recycle aren’t actually recyclable, according Yeager. Attempting to separate good from bad costs the company about $1.5 million each year.

To fight the problem, Rumpke garbage collectors will begin marking recycling bins with tags highlighting which items should be recycled and which shouldn’t. If workers find non-recyclables in a bin, they’ll take the items inside but mark it with a reminder for the owner.

Some basic guidelines, according to Yeager:

Additional permits include a wastewater discharge permit, which allows the company to replace an existing stormwater outfall with a pond to collect, treat and discharge stormwater. The Ohio EPA also issued two air pollution permits related to the landfill. One of those is for GSF Energy and covers emissions from its landfill gas recovery plants and flares.

Decisions regarding final permits can be appealed to the Ohio Environmental Review Appeals Commission (ERAC) and must be filed within 30 days of issuing a final action. You can contact ERAC at (614) 466-8950 for more information.