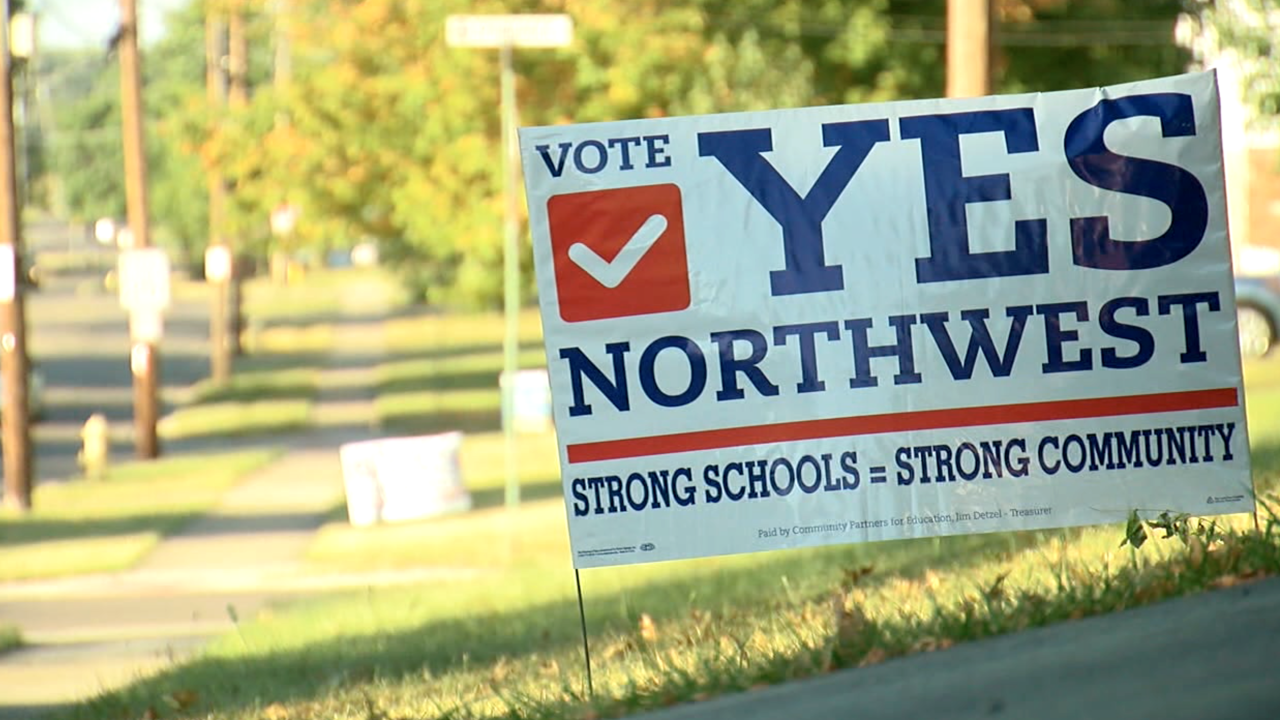 COLERAIN TOWNSHIP, Ohio — Laura Taphorn has three kids in the Northwest Local School District, where her youngest takes advanced language arts classes. Those classes — plus sports, art and more — could vanish by the start of next school year if the district can't close its $8.5 million budget hole.

"I think it would have a major impact on these kids if you take out all of these things," Taphorn said Thursday.

Taphorn said she's seen the impact accelerated classes have had on her son.

"He fights me on it," Taphorn said. "I know it's working. His homework used to be easy, but now he's getting challenged. That's a good sign."

In the absence of a financial fix, Northwest will be forced to cut all sports, art education, college credit courses, custodial staff, elementary school counselors and security resource officers to cover the deficit. The district will also reduces its teaching staff, boosting class sizes to over 30 students per room if a new tax levy isn't passed.

Voters will decide whether it happens in November. Northwest's budget is on the ballot in the form of a 7.5 mil tax levy that would cost the owner of a $100,000 home about $22 per month — close to $260 per year.

"If the levy were not to pass, it would be devastating to our district," Northwest Local Schools assistant superintendent Darrell Yater said.

Forty percent of the district's budget is funded by the state of Ohio. The surrounding tax base is expected to finance the remaining 60% but now only covers another 40%, leaving a gap millions of dollars wide.

Yater said the current tax levy is out of date and inflationary costs have priced the district out of the current payment model.

"This (tax levy) would allow us to maintain what we currently have," Yater said. "Additional levies would be down the road because of how the state has set us up for funding."

Yater said if a levy is not passed in November, cuts will take place in August 2020.

And the money issue still won't go away. If November's levy fails, another will appear on the ballot in March. That one, Yater said, will be more expensive because the district will be further in the red by spring.

"We've had a lot of positive support from the community on the levy," he added. "We're very positive and hopeful it will pass on November 5. The consequences of it not passing would impact the students as they walk in the door in August."

Taphorn has seen firsthand what the opportunities currently offered by the district mean for her kids.

"I don't want my taxes to go up," Taphorn said. "I don't want to pay extra money, but I see the value in that long-term. That's what we have to remember."