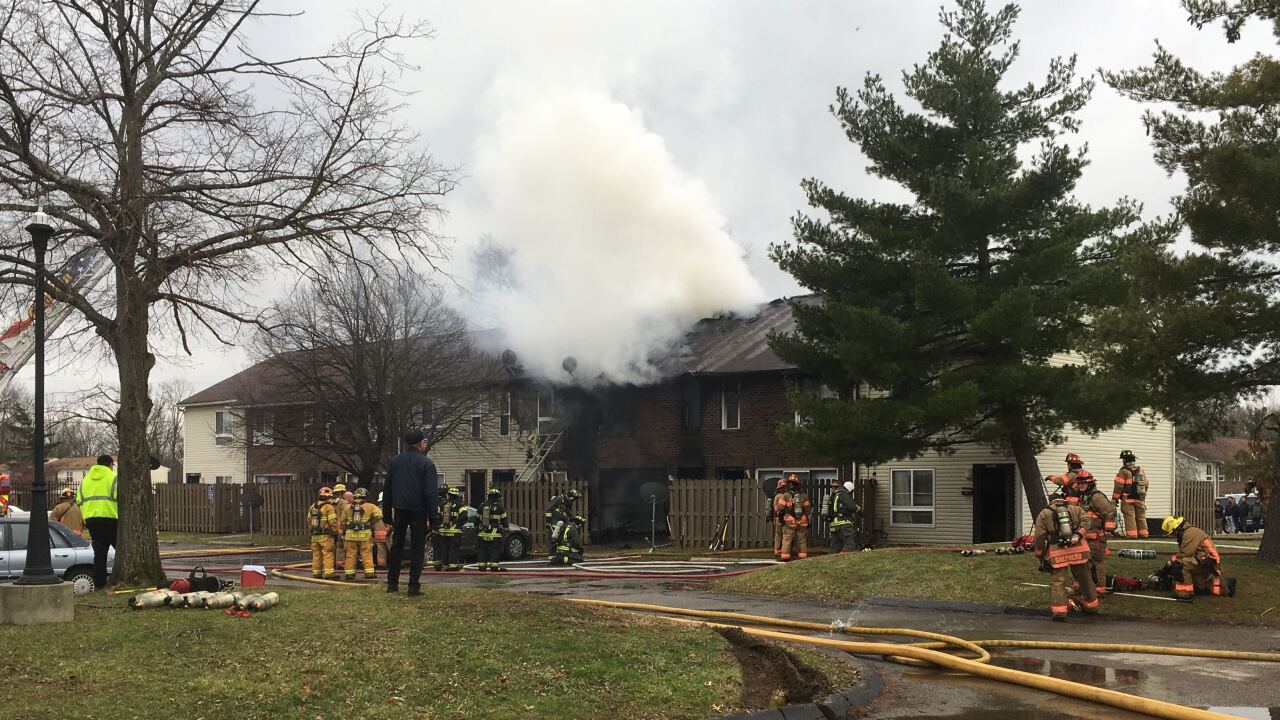 COLERAIN TOWNSHIP, Ohio — Residents of eight townhouses needed temporary housing after a fire burned at least five of the units in their building Wednesday.

The Colerain Township Fire Department responded to a fire on Walden Glen Circle at about 12:30 p.m. Wednesday. Smoke poured from the roof of the building, but no one was injured, firefighters said in a news release.

Crews got the fire under control in about 40 minutes, but extensive overhaul was required to extinguish all the hot spots, firefighters said.

The fire appears to have been accidental.