Man survives being struck by lightning while fishing in Heritage Park 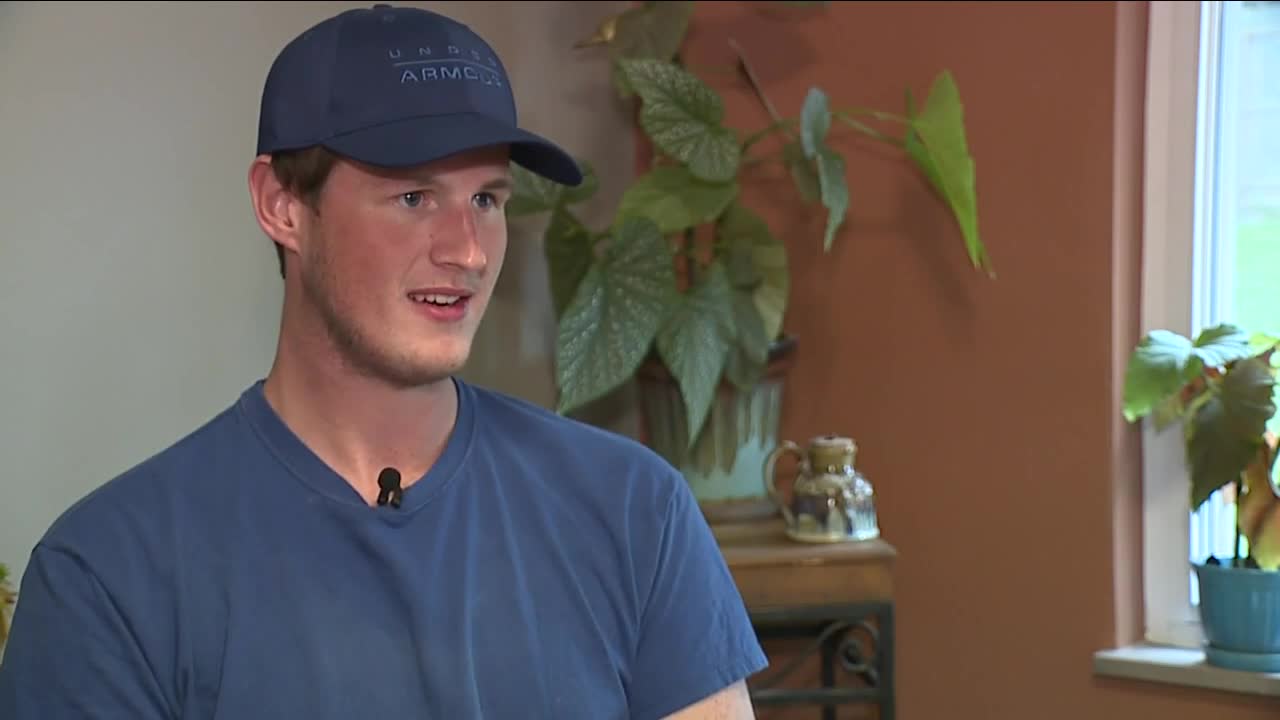 A LIGHTNING STRIKE -- A ROBBERY -- AND GOOD SAMARITANS IN THE RIGHT PLACE, AT THE RIGHT TIME. ALL THREE ARE UNLIKELY CIRCUMSTANCES ON THEIR OWN -- BUT TOGETHER -- THEY CREATE THE SITUATION DONOVAN JACKSON FOUND HIMSELF IN THIS WEEK.

COLERAIN TOWNSHIP, Ohio — Donovan Jackson has had luck fishing on the Great Miami River in the past, and while fishing in Heritage Park on Monday evening, he cashed in a lot of karma.

As sunshine gave way to storms, 21-year-old Jackson decided to put his gear up and wait out the rain.

"As soon as I got there it started pouring,” he said. “I put my backpack and poles into the bank, tucked them into the bank so they wouldn’t get wet. Standing by a log by my dog, waiting for the rain to pass over.”

But it was already too late, when he said everything changed in a flash.

“Next thing I know -- shock. I’m as stiff as a board laying down. Didn’t get knocked out or nothing. Knew what happened immediately,” he said.

Suddenly struck by a bolt of lightning, evident from the purple scars tracing half of his body, Jackson was unable to walk and said it felt like his brain "reset."

“It was almost like my legs fell asleep. The worst feeling. My arm was asleep. I looked at my hand. Started to turn purple.”

He called for help, and a group of strangers who heard his cries came by to assist.

After helping him up the bank, he said the group took off with his $300 fishing pole and equipment.

“I’d say thanks for helping me up the bank, but if they’d like to give me my stuff back, that would be pretty cool.”

Meanwhile, his bull terrier Roxy slipped away out of her harness, only to be seen by a different group of good Samaritans.

“She didn’t have a collar or nothing,” Jackson said. “I thanked them for grabbing her, and keeping her on a leash.”

They took Roxy home while Jackson was rushed to Mercy West and then to UC Medical Center.

Luckily he would make a full recovery, nothing short of “a miracle” according to his mother Angel Head.

“I believe he’s got more lives than a cat,” she said. “He’s been through some things that have made my heart jump up through my throat several times.”