Feds: Pit Stop employees paid people to steal baby formula so they could resell it 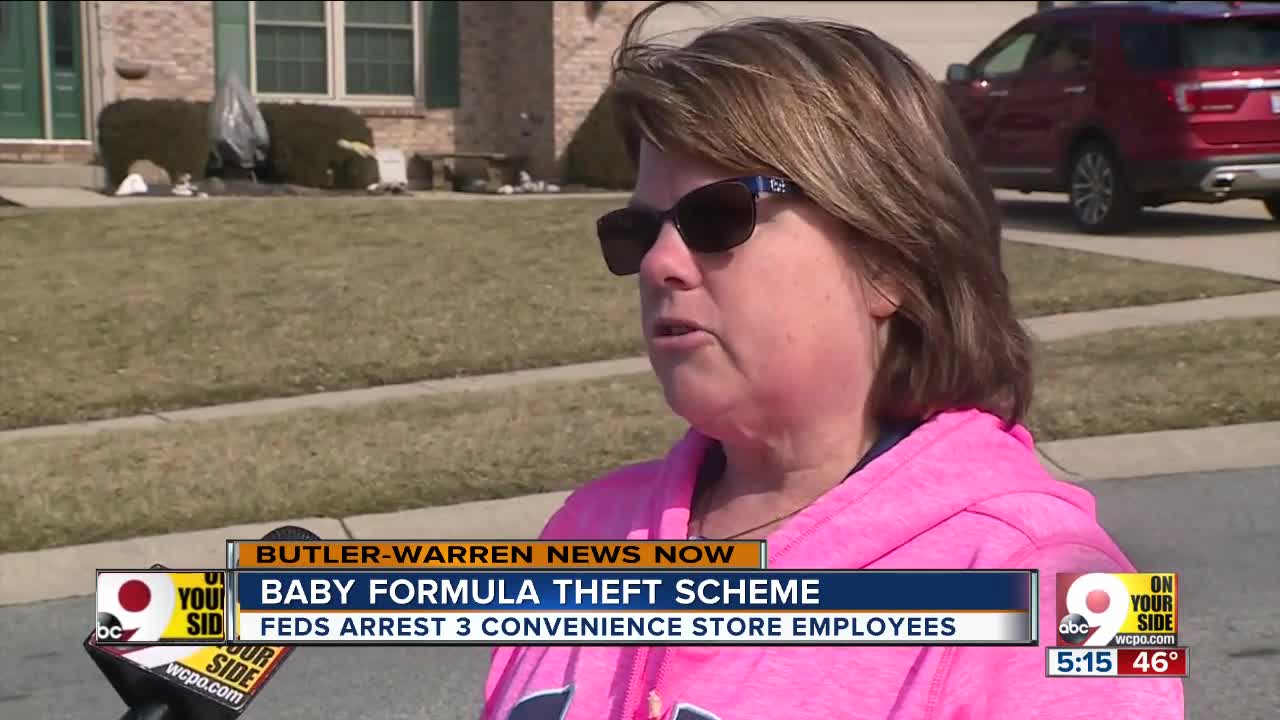 Employees of a Colerain Township convenience store paid people to steal baby formula so they could ship it across the country and resell it, federal authorities said.

CINCINNATI — Employees of a Colerain Township convenience store paid people to steal baby formula so they could ship it across the country and resell it, federal authorities said Thursday.

Besides raiding the store, FBI agents also burst through the doors of Yacub’s Liberty Township home before dawn, neighbors said.

“When I came out at about 5:30 a.m., some of neighbors couldn’t go to work because they couldn't get their cars out of their driveway,” said Sheila O'Connell. "It was just cars, cars, cars, cars … people all over the place."

O'Connell said agents took several boxes, bags and containers from Yacub’s home. Yacub lived there with his wife and two children, but the family pretty much kept to themselves, O'Connell said.

“This is a really quiet neighborhood,” O’Connell said. “These people are very quiet, very private. Nobody in the neighborhood really knows them.”

Yacub, Jaghama and Saleh paid “individuals (often drug addicts)" to work as "boosters" to steal the baby formula, federal officials said. The three men would take a photo of the sellers’ ID to discourage them from contacting police. The defendants also used a handgun and stun guns to control the sellers.

The suspects used a storage facility to warehouse the stolen formula. A GPS monitor placed on a can of Enfamil showed that the formula was transported to the West Coast.

Yacub, Jaghama and Saleh stand charged with conspiring to transport, transporting stolen goods and unlawful possession of a means of identification. If convicted on all charges, they could face up to 20 years in prison.