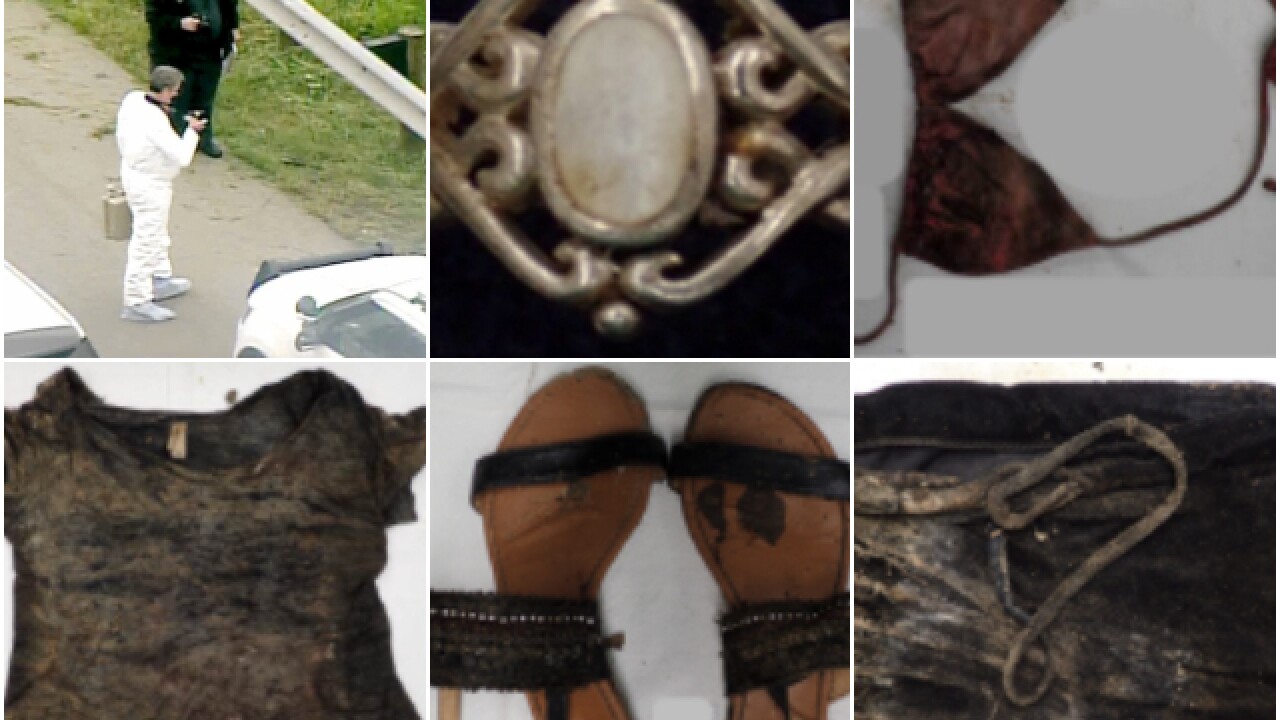 CINCINNATI -- The Hamilton County Coroner's Office is asking for help identifying a woman whose body was discovered off the side of Interstate 275 in Colerain Township.

The woman is believed to have been Caucasian, Hispanic or of mixed heritage. The coroner's office estimated she was between 30 and 50 years old and between 5'4" and 5'9" tall with a medium build and straight, medium-length dark to medium-brown hair, some of which may have been highlighted or dyed golden brown.

She was wearing a pink bikini swim suit halter-style top (size small) under a dark medium T-shirt, medium size black shorts and size nine black bejeweled sandals. She also had a white metal ring with a pale stone on her left ring finger.

The woman also had some tattoos, including two roses and a vine on her left wrist and writing on the back of her right shoulder that looks like "Budweiser," according to the coroner's office. She also had a tattoo on her neck that may be a nautical star.

Workers mowing grass on the side of I-275 near Interstate 74 discovered the woman's body on the morning of Aug. 1. The body appeared to be badly decomposed.

The coroner's office said foul play is not suspected in the woman's death at this time.

Investigators asked anyone with information to call the Colerain Township Police Department at 513-321-2677 or the coroner's office investigators at 513-946-8700.