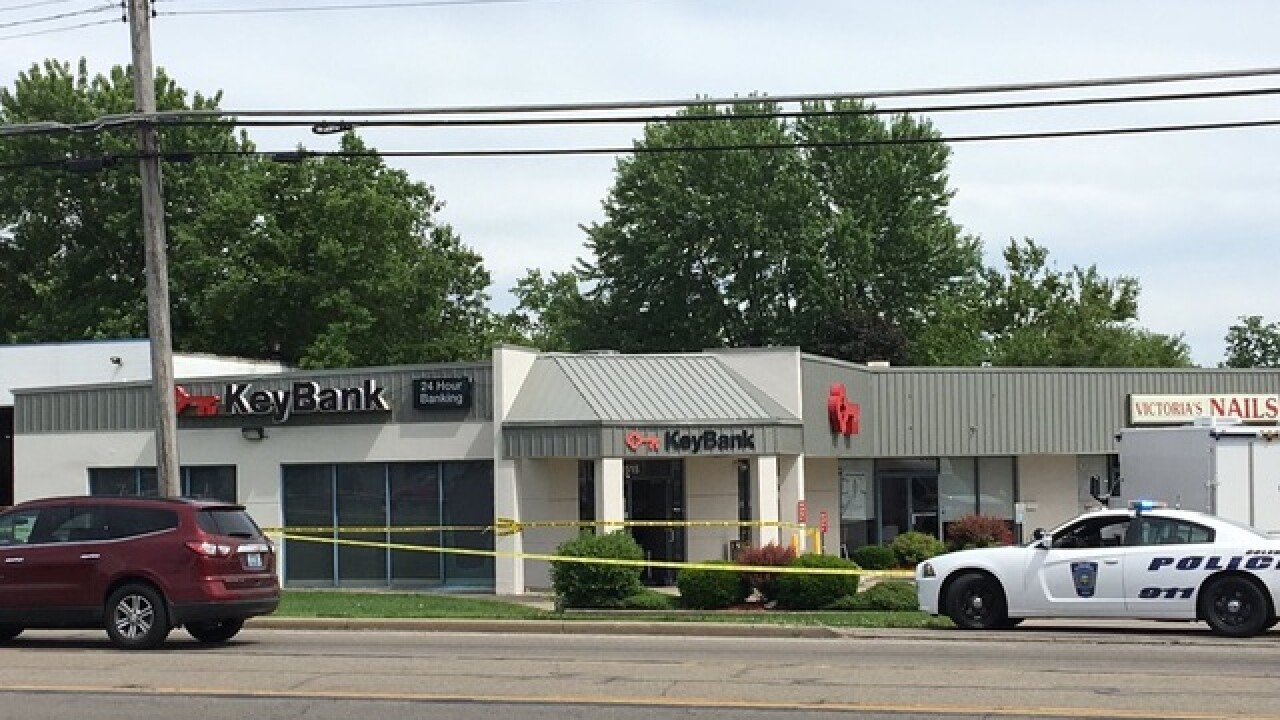 Copyright 2017 Scripps Media, Inc. All rights reserved. This material may not be published, broadcast, rewritten, or redistributed.
Ashley Zilka | WCPO
<p>COLERAIN TOWNSHIP, OHIO. May 22, 2017. A customer and robber shot at each other inside a Key Bank branch on Springdale Road, according to Colerain Township police.</p>

COLERAIN TOWNSHIP, Ohio -- A bank customer and robber fired at each other Monday inside a Key Bank on Springdale Road, according to police.

At some point, a customer and the robber fired on each other. None of the customers or employees was harmed.

It's unclear if the suspect was injured. Police put in an alert to local hospitals in case he comes in with a gunshot wound. The two men were last seen running off, Love said.

"It would seem maybe they had a getaway plan -- maybe a vehicle somewhere else," he said. "We are not real sure, but it doesn’t look like we can find them right now."

The customer who fired was legally carrying the firearm, Love said.

The FBI is helping with the investigation.

Anyone with information on the robbery or the man in the photo above should contact the Colerain Police Department’s Criminal Investigative Unit at 513-321-COPS.