She was parked next to fatal shooting 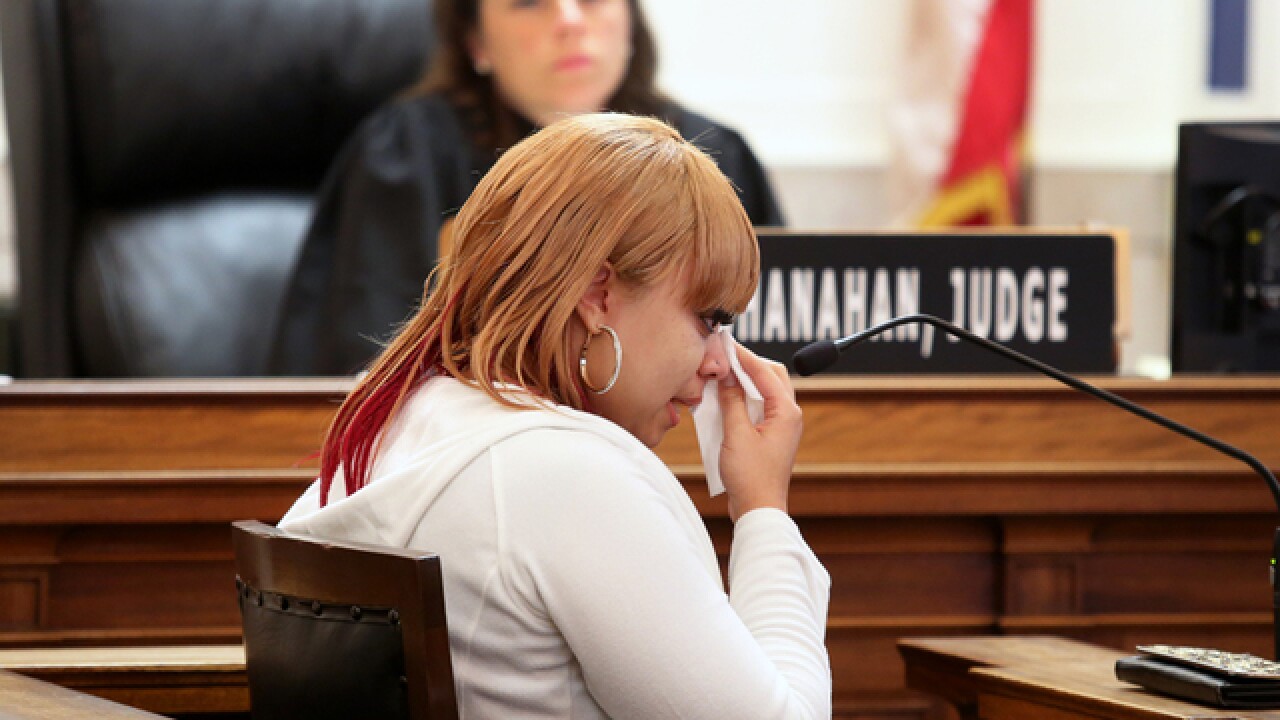 Pool
<p>Alicia Napier tearfully testified that she was worried that she and her kids would be caught in a shootout when they found themselves parked a few feet away from the fatal traffic stop in 2015.</p> CINCINNATI – A young mother strapping her two kids into their car seats for a drive to her mother's house turned out to be a witness to the fatal shooting of Sam DuBose.

Alicia Napier tearfully testified that she was worried that she and her kids would be caught in a shootout when they found themselves parked a few feet away from the fatal traffic stop in 2015.

Napier testified Wednesday that she watching in her car mirror and saw former University of Cincinnati officer Ray Tensing walk up to DuBose's door after Tensing pulled him over on Rice Street in Mount Auburn. But she admitted she didn't see the actual shooting and she said she was so confused that she thought DuBose had shot Tensing as he stood outside DuBose's car, not the other way around.

"I heard the 'pow' and I saw Tensing go back. I thought DuBose had shot Tensing," Napier said on the witness stand Wednesday.

She said she saw Tensing fall to the ground.

"I thought he was dead!" Napier exclaimed.

Then she said she saw Tensing get up off the street, gun in hand, and run after DuBose's car as it pulled away. She said she thought she heard another shot.

At that point, Napier started weeping on the witness stand at the thought of the danger she and her kids, then ages 3 and five months, found themselves in.

"I was thinking there was going to be more shooting. I was afraid for my kids," she said.

Napier, 26, said she later realized that the second 'pow' wasn't a gunshot -- it was DuBose's car hitting a guardrail and bouncing back into the street. She said she had ducked as the car whizzed by, and when she looked up, the bumper was in the street.

The prosecution apparently called Napier to the stand to back their claim that DuBose's car didn't move until after he was shot.

"It was just sitting there at the time and after I heard the 'pow' and he fell back. That's when I seen Tensing's car - DuBose's car - move in the middle of the street," she said.

Napier said she, her boyfriend and their kids live in her mother-in-law's house at Rice and Thill. She was parked on Thill when DuBose and Tensing, the officer's red and blue lights flashing, pulled in behind her.

"I was sitting in the driver's seat looking in the mirror," she said. "I thought it was just a regular traffic stop … Something just told me to keep watching."

She appeared to contradict herself several times, first saying she saw Tensing "going for his gun."

"He was trying to get away," she said, referring to DuBose, "then the cop got his gun out and shot."

But then she said she didn't see Tensing's gun until he was running up the street.

Once the officers ran by, she said, she turned the car around and drove away in the opposite direction. She said police contacted her that night and she went downtown at midnight and gave a statement.

"My mind was jumbled everywhere," she said.

On cross examination, Tensing's attorney, Stew Mathews, asked Napier, "We're you confused that night about what you had seen?"

"Yes, I was really confused," she said.

SEE WCPO's complete coverage of the Tensing trial at WCPO.com/TensingTrial.