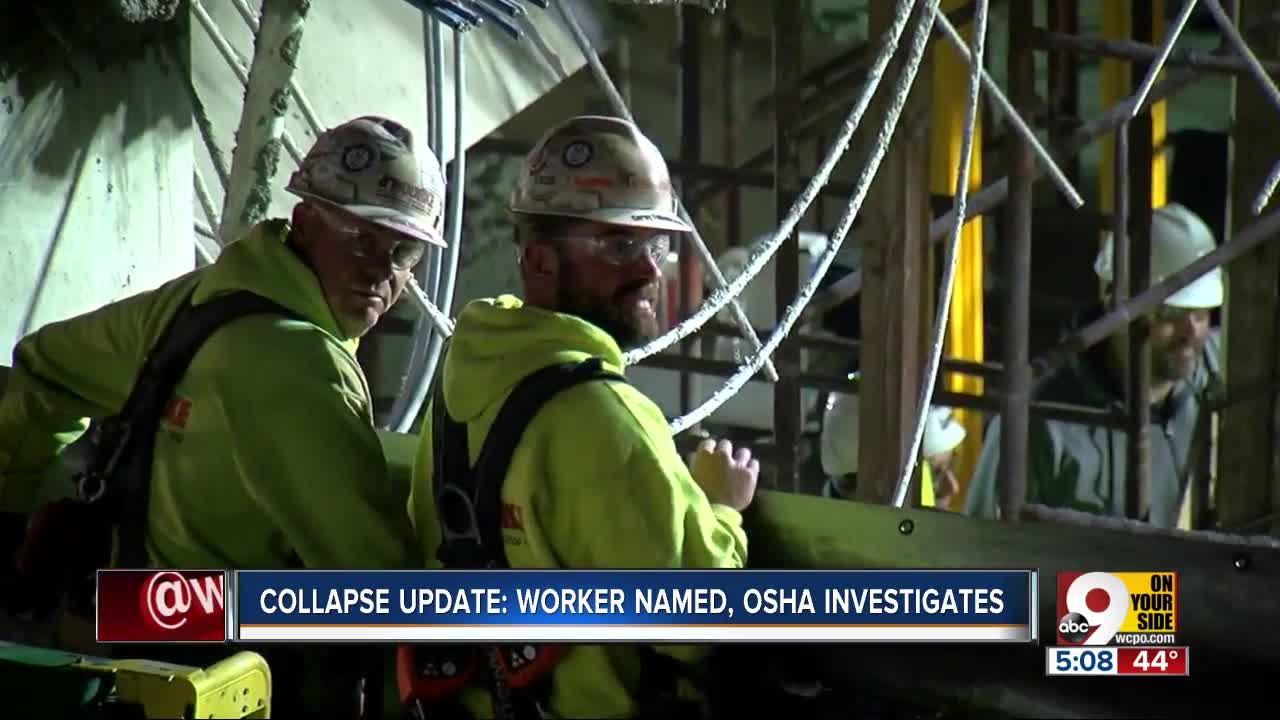 Authorities have identified the construction worker who became trapped in debris after a floor of a Downtown building collapsed on Monday, according to Hamilton County Coroner Dr. Lakshmi Sammarco. Crews found the body of 58-year-old Preston Todd Delph, of Hebron, at about 7:45 p.m. Tuesday, more than 30 hours after a half-finished parking garage partially collapsed. 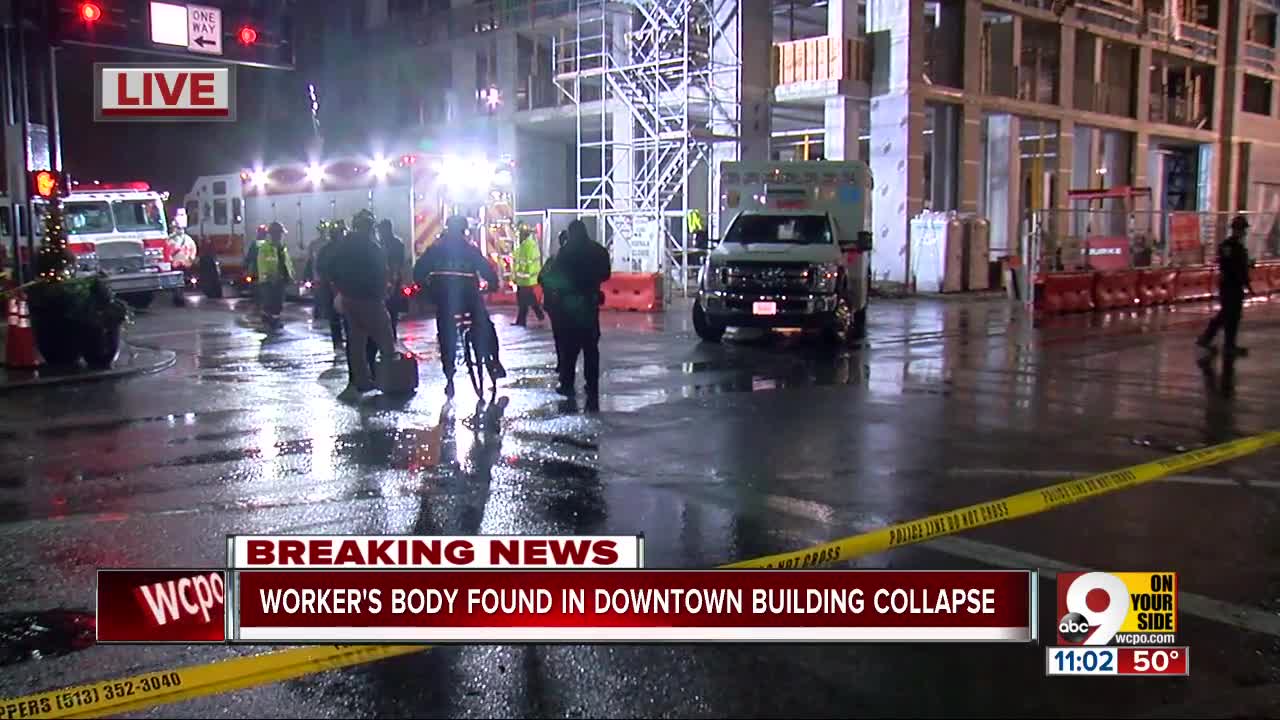 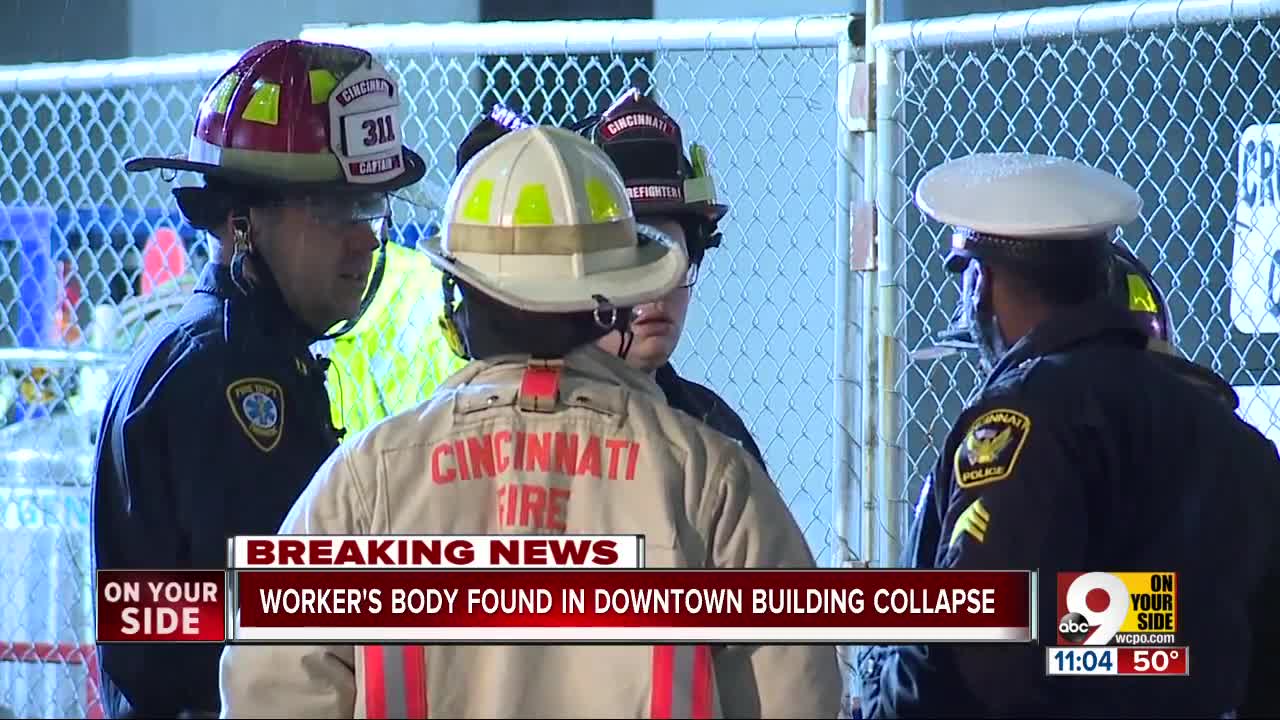 CINCINNATI — Authorities have identified the construction worker who became trapped in debris after a floor of a Downtown building collapsed on Monday, according to Hamilton County Coroner Dr. Lakshmi Sammarco.

Crews found the body of 58-year-old Preston Todd Delph, of Hebron, at about 7:45 p.m. Tuesday, more than 30 hours after a half-finished parking garage partially collapsed.

It took first responders several hours to extricate Delph; he was transported to the Hamilton County Coroner’s Office at about 11:30 p.m.

Delph, who worked for subcontractor Gateway Concrete Forming, had been checking for concrete seepage on the sixth floor of the Fourth and Race garage around 1:15 Monday afternoon, according to a spokesman from Turner Construction. When other workers began to pour concrete from the seventh floor to the sixth, the floor above him collapsed.

Occupational Safety and Health Administration compliance officers were at the scene investigating on Wednesday.

Officers are interviewing employers, employees and witnesses to determine if OSHA standards were followed. OSHA has six months to complete the investigation before engineers come in to determine what caused the collapse.

Sammarco on Wednesday thanked the crews and first responders who worked to find Delph.

"Ours (sic) hearts go out to the Delph family during this unimaginable period of loss," Sammarco said in a statement. "Please keep them in your thoughts."

“The heart of the City of Cincinnati goes out to the family and friends of the deceased,” he wrote. “This is a truly sad day for our City. I cannot imagine the grief this family must be going through at this time.”

By 11 p.m. Tuesday, fire crews left the scene and police began tearing down the crime scene tape that ringed the intersection throughout the recovery effort. Part of Fourth Street remained closed overnight.

While we are heartbroken by the outcome of this incident, we are grateful for the support from our city and beyond. Your firefighters stand at the ready tonight and every night, prepared to face any challenge in service to our community. pic.twitter.com/5FemgpGWk2

Four other men were injured, hospitalized and released by the end of the day. Sammarco and fire Chief Roy Winston that evening described the fifth as missing, declining to confirm rumors of his death even after firefighters' mission officially changed from a search-and-rescue to a search-and-recover.

"We're hoping for a miracle," Sammarco told reporters. "We are preparing for not, unfortunately, and I think it's just going to be a while before we have any more answers."

The man was not an employee of Turner Construction, which had been hired by the Cincinnati Center City Development Corporation (3CDC) to build a $44 million mixed-use development eventually including a parking garage, retail spaces and apartments at the intersection of Fourth and Race.

Gateway Concrete Forming officials released a statement mourning Delph and thanking the teams who spent the day searching for him.

"This is an extremely sorrowful time and our thoughts and prayers are with his family, friends and co-workers at this difficult time," a company spokesman wrote. "We want to thank the region’s first responders, emergency service workers and the American Red Cross volunteers for their tireless and selfless efforts through this entire ordeal. We are encouraging workers to utilize the grief counseling services that are available to them in the difficult days and weeks ahead."