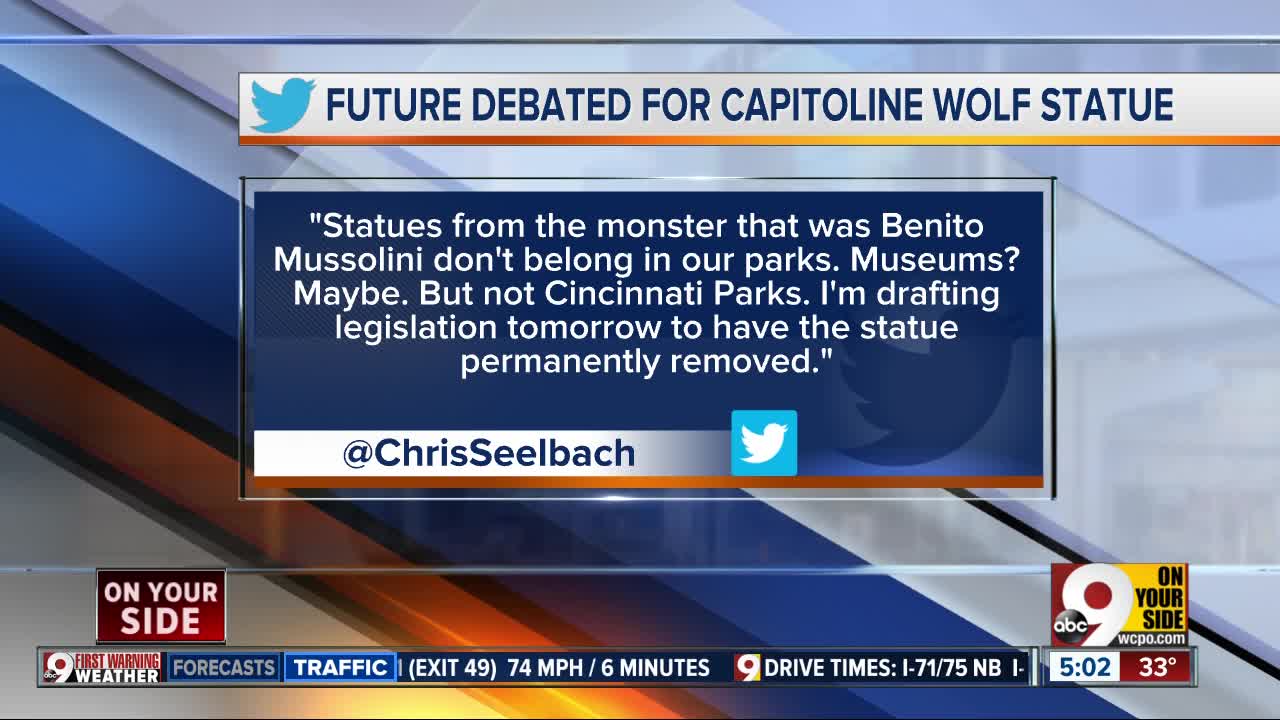 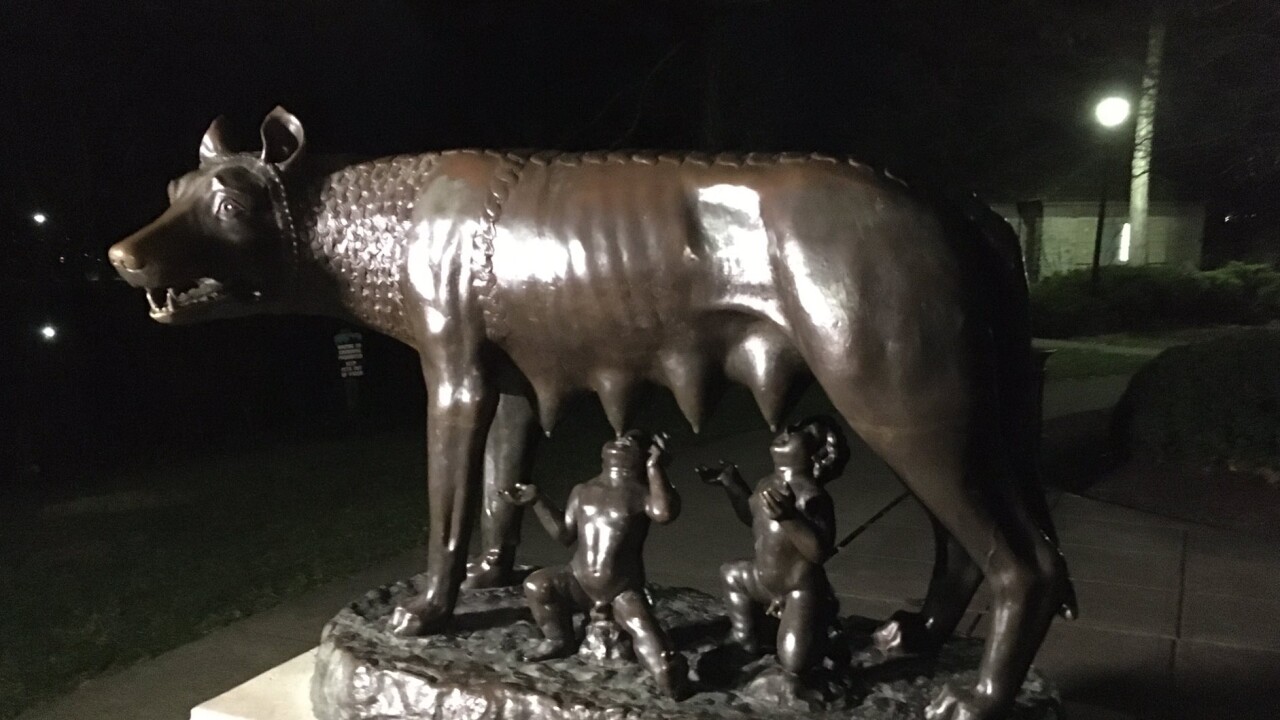 CINCINNATI — The removal of controversial statues, plaques and other "memorials" from within a community have always been a hot-button topic and received mix reactions from community members. But that didn't stop one city councilman from wanting to remove a statue from Eden Park.

Councilman Chris Seelbach tweeted Monday that he wanted to remove the statue of the she-wolf found in Eden Park. Why? Because it was a gift from the Italian fascist dictator Benito Mussolini.

The statue was gifted to Cincinnati by Mussolini before the US got involved in World War II. There were other such statues gifted to other American cities, but those cities were named Rome, like Rome, Georgia or Rome, New York.

The reason Cincinnati received a statue is because we are named after Roman dictator Lucius Quinctius Cincinnatus.

This is not the first time the removal of the statue has come up, though.

In 2017, after the "Unite the Right" rally in Charlottesville, Virginia, an online petition was created to remove the Capitoline Wolf Statue as well as a statue of Cincinnatus found in Sawyer Point.

The statue of Cincinnatus was included because it depicts the dictator holding a fasces, a bundle of sticks with an ax-head. It was a symbol of political power in Italy before Mussolini took power in Italy. Afterwards though, it has been associated with authoritarianism and fascism.

There is no plan or call to remove the Cincinnatus statue now, though.

"Statues from the monster that was Benito Mussolini don’t belong in our parks. Museums? Maybe. But not Cincinnati Parks," Seelbach tweeted Monday. "I’m drafting legislation tomorrow to have the statue permanently removed."

Seelbach then changed his mind Tuesday and tweeted that he would not introduce the legislation yet.

There’s been a lot of feedback about removing the statue from Eden Park. Instead of introducing legislation today to remove it, I’ll continue to listen and have conversations with all interested parties before making any formal decisions on its potential future.

It is unclear if what the timeline is for the legislation.