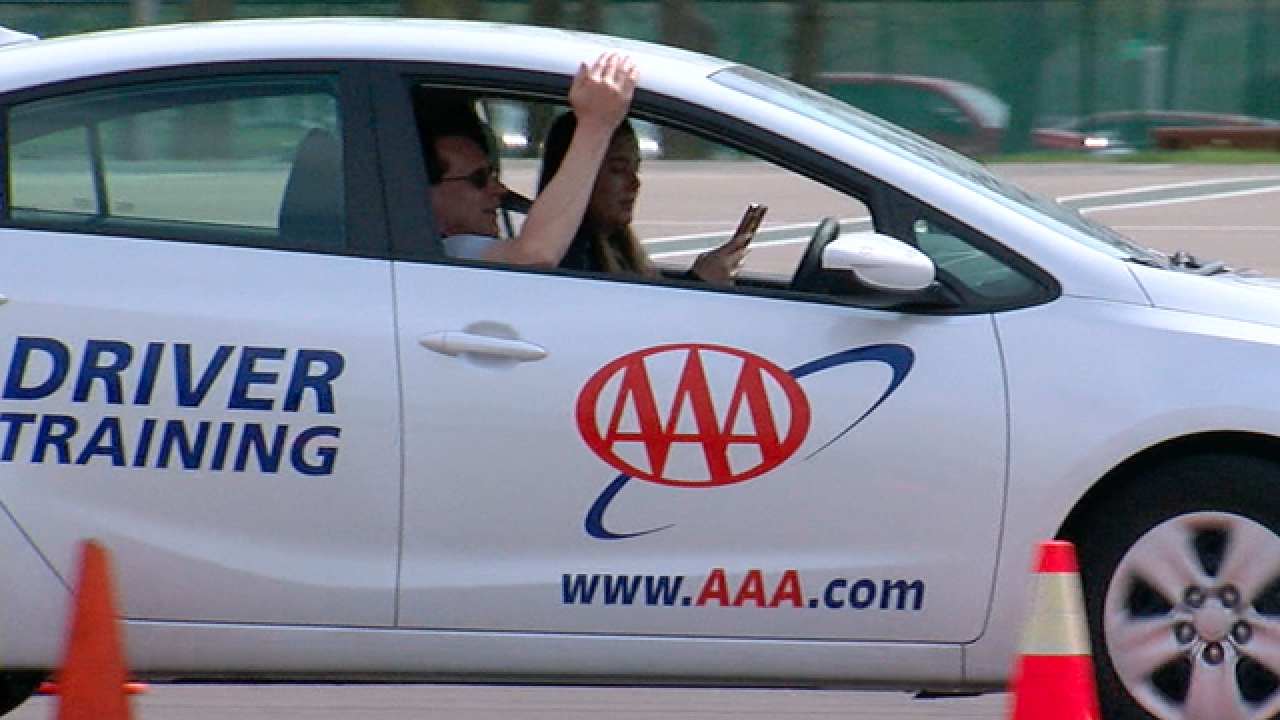 Copyright 2018 Scripps Media, Inc. All rights reserved. This material may not be published, broadcast, rewritten, or redistributed.
Terry Helmer | WCPO
<p>Teen drivers at Winton Woods High School drive through a AAA course to see how difficult texting and driving can be.</p>

Parents sending their teenagers off to prom this weekend have the tragic story of 17-year-old Kaylie Jackson in the back of their minds after her ride crashed on the way to Monroe High School's prom last Friday.

AAA and the Forest Park police and fire departments tried to drive home the dangers of texting or drinking while driving at a free demonstration Wednesday morning at Winton Woods High School.

Senior Leila Adams said the course really shows how real the danger is.

"Even though you think you're going to do it fast -- it'll be a quick second -- it turns out you're looking at your phone for more than 30 seconds, and a minute, and that's way too long," Adams said. "You should never text and drive ever."

"It was really hard cause like I was trying to focus on two things at once," added freshman Ellie Mavridoglou as she took a turn.

AAA Instructor Mike Belcuore said inexperience and distraction can become dangerous as car crashes are the leading cause of death for teens.

Speeding, distraction and poor "visual scanning" are the top three deadly mistakes teens make while driving. Distracted driving was a factor in nearly six out of 10 moderate to severe teen crashes.

They added that the worst distractions are other people in the car and cellphone use.

Research conducted by the AAA Foundation for Traffic Safety has identified several factors that increase the danger to teen drivers and their passengers: