Winton Hills woman worried about her family's safety after break-in 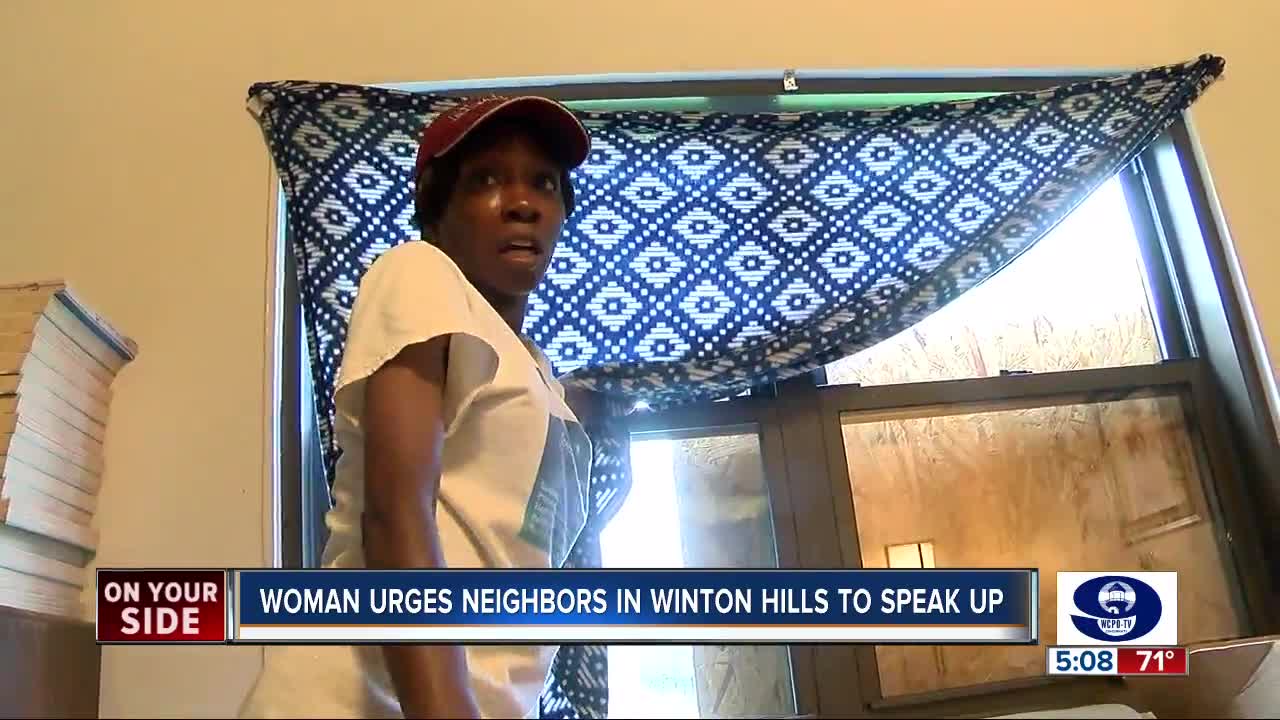 Monaeca Collins came home and discovered bullet holes in her walls. She's not the first one in Findlater Hills, she said, but most of her neighbors are too afraid to speak up.

CINCINNATI — Moneaca Collins came home Friday to find her Findlater Gardens townhome ransacked, its windows broken and bullets lodged in the walls. Someone had rummaged through her things inside.

She wasn’t the first — not in Winton Hills, where police have recorded nine shootings and 59 reported burglaries since January, not in Findlater Gardens and not in that specific townhome. The woman who lived there before her had experienced the same thing, she said.

Her neighbors are “tired, they’re frustrated, they’re traumatized,” according to Collins. “They want to get out, but they just can’t seem to get out.”

Findlater Gardens is a property of the Cincinnati Metropolitan Housing Authority, which operates affordable housing in Hamilton County. Collins has lived there for about seven months.

“To come in here and see this, I felt the pain and hurt and the frustration of other parents who have been ran out of here, who has just left and who have to deal with the trauma,” she said.

In a statement about the shooting, CMHA representatives wrote:

CMHA cares about the safety of families. It’s unfortunate that crime happens in our city. We work with the police and sheriff departments to get criminal investigations solved.

We hire CPD detail officers to work at various sites. We have security cameras that Real Time Crime and CPD can access for investigations. We also have license plate readers at some of our sites.