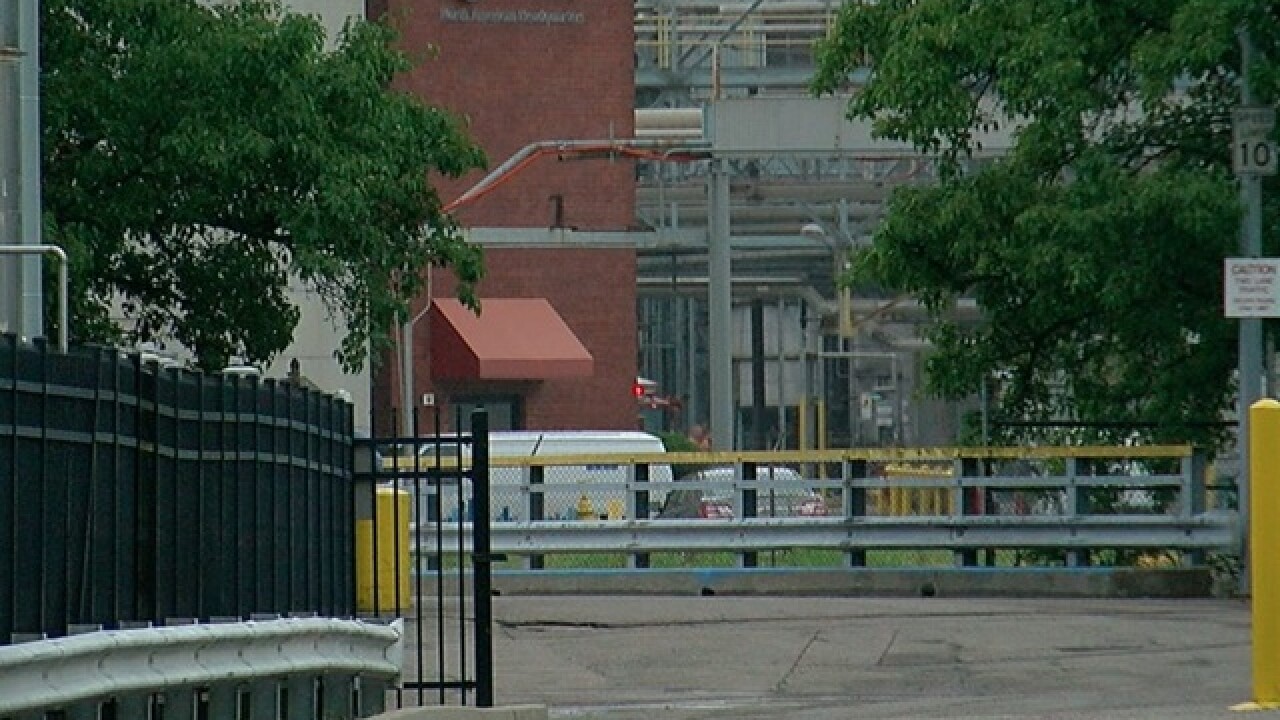 Copyright 2018 Scripps Media, Inc. All rights reserved. This material may not be published, broadcast, rewritten, or redistributed.
Terry Helmer | WCPO
<p>CINCINNATI. June 11, 2018. An anhydrous ammonia leak at Emery Oleochemicals in the Winton Hills neighborhood led to a shelter-in-place advisory.</p>

CINCINNATI -- Hamilton County officials have lifted a shelter-in-place advisory for the Winton Hills area after an anhydrous ammonia leak there.

The leak happened shortly before 8 a.m. Tuesday at Emery Oleochemicals, 4900 Este Ave. The advisory was lifted at 9:25 a.m. as there's no longer a threat.

Cincinnati police said the leak has been contained.

The Saint Bernard Fire Department will continue to monitor the situation, according to the the Hamilton County Emergency Management Agency.

The agency had urged people nearby to turn off their air conditioning, and keep all windows and doors closed while the advisory was in effect.