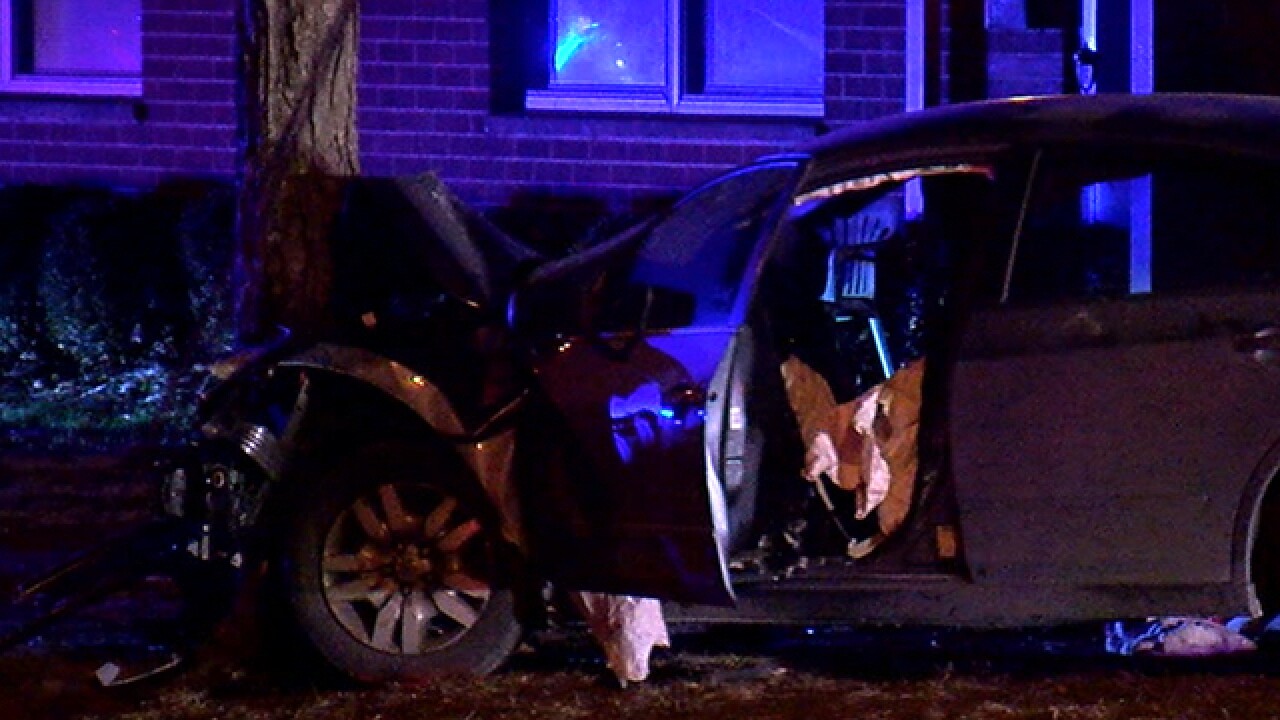 Nobody in the car was wearing a seat belt, Cincinnati police said.

The infant was one of three children in the car. A 7-year-old boy and 2-year-old girl also were taken to Children's Hospital. They suffered minor injuries.

Demarkous Martin, 22, was driving a 2011 Nissan Altima south on Winton Ridge Lane. Martin was turning east onto Dutch Colony Road when he lost control and drove off the right side of the road, striking a tree, police said.

Hope Bridgett, 21, was riding in the front seat. She had minor injuries.

Faith Bridgett, 24, was riding in the back seat with the children. She had serious injuries.

Police said excessive speed does not appear to be a factor in the crash, and it is not yet known whether the driver was impaired.