After 50 years in Cincinnati, Shriners Hospitals for Children will move to Dayton 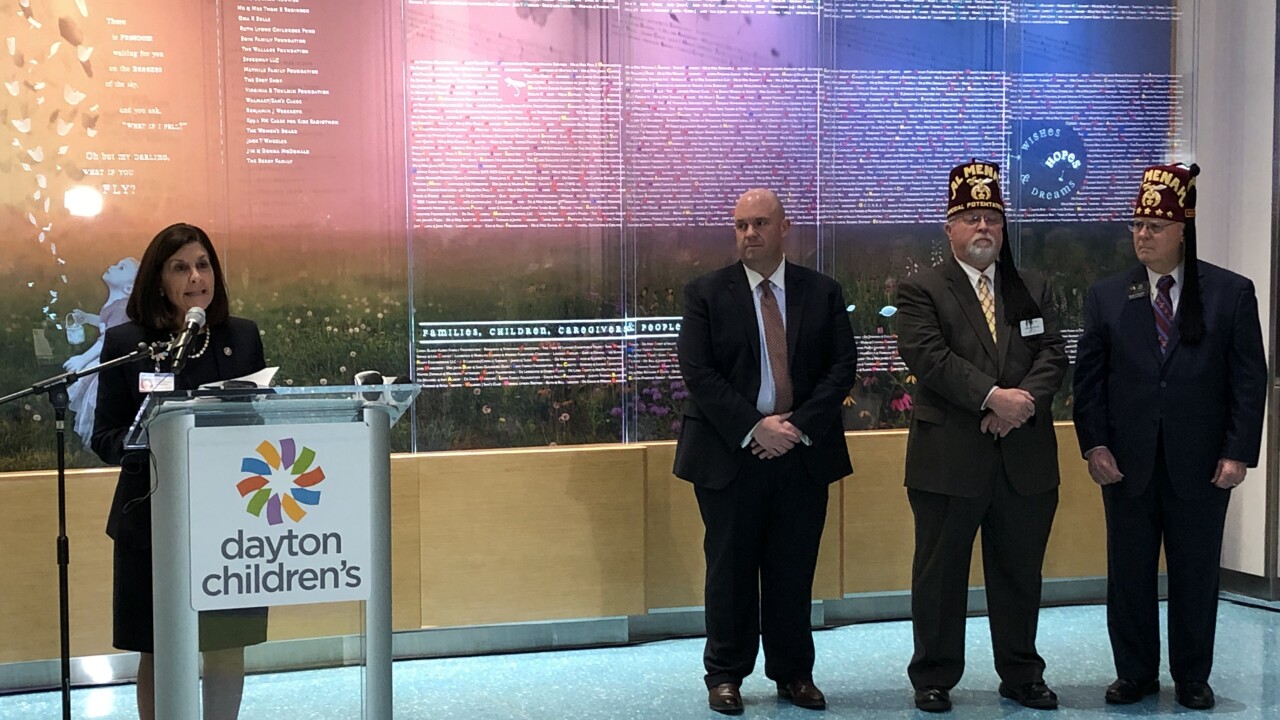 Terry Helmer
Shriners Hospitals for Children will move from Cincinnati to Dayton by 2020, officials announced on March 13, 2019. 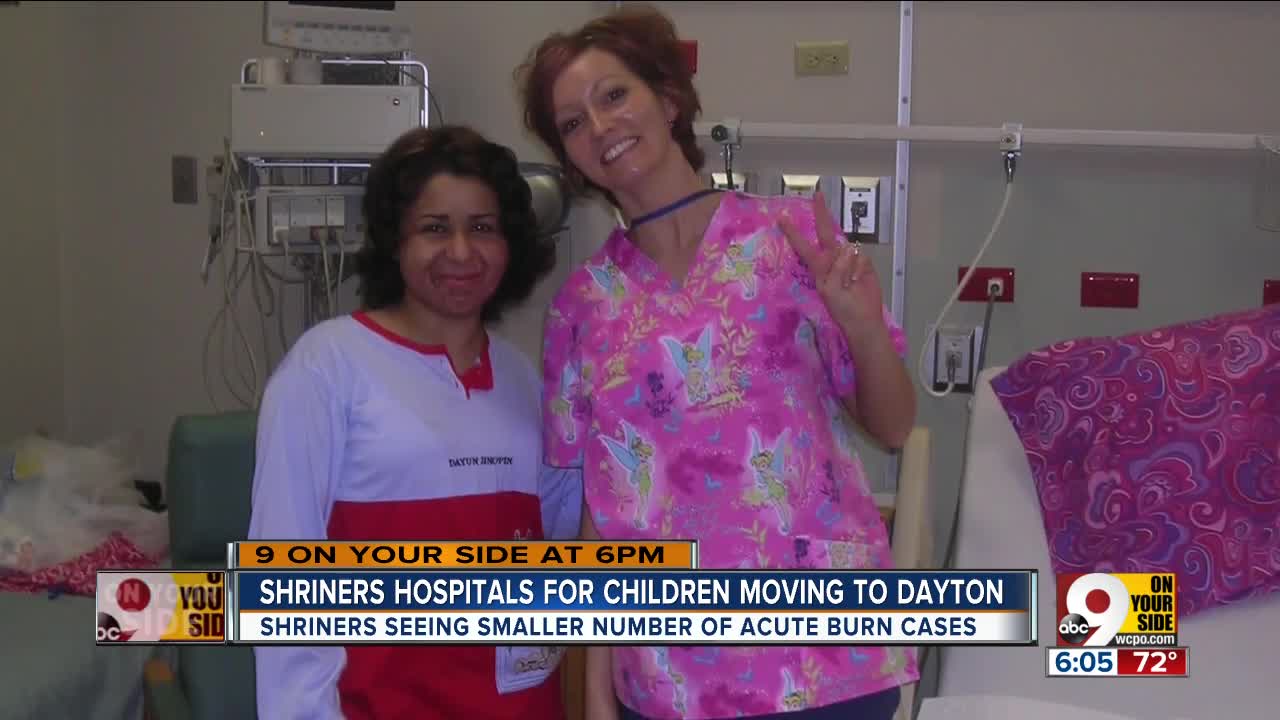 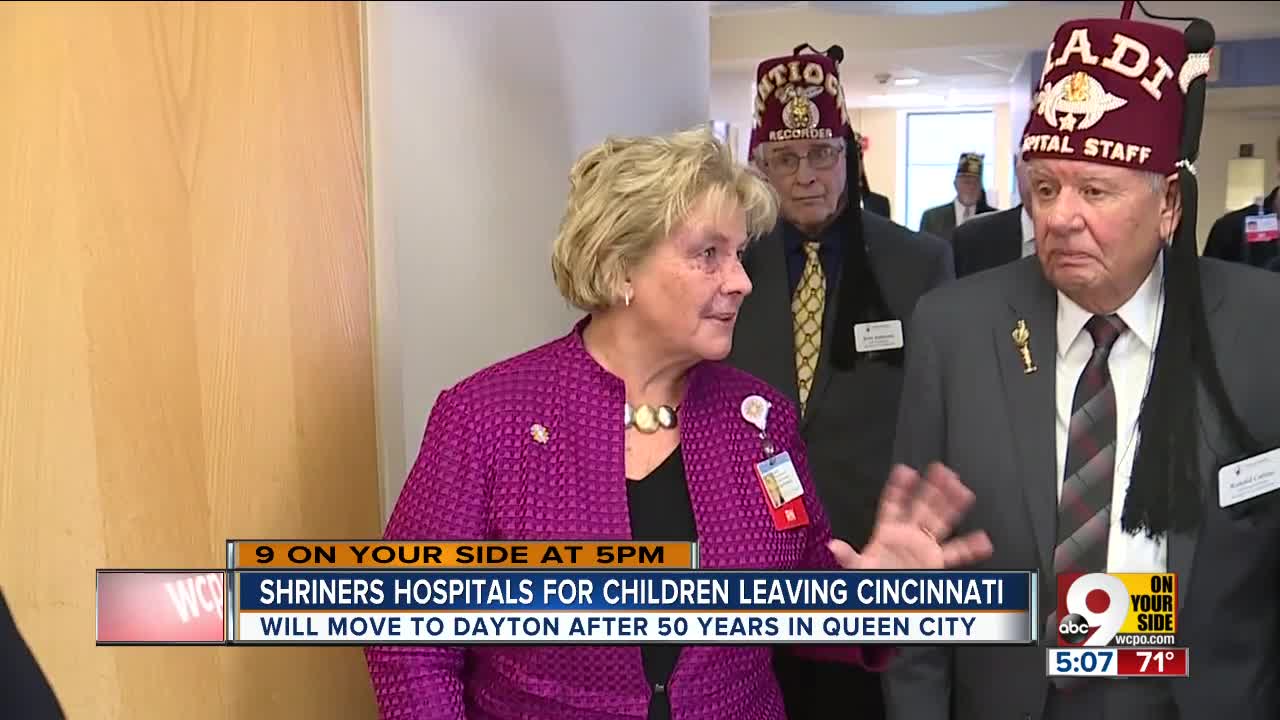 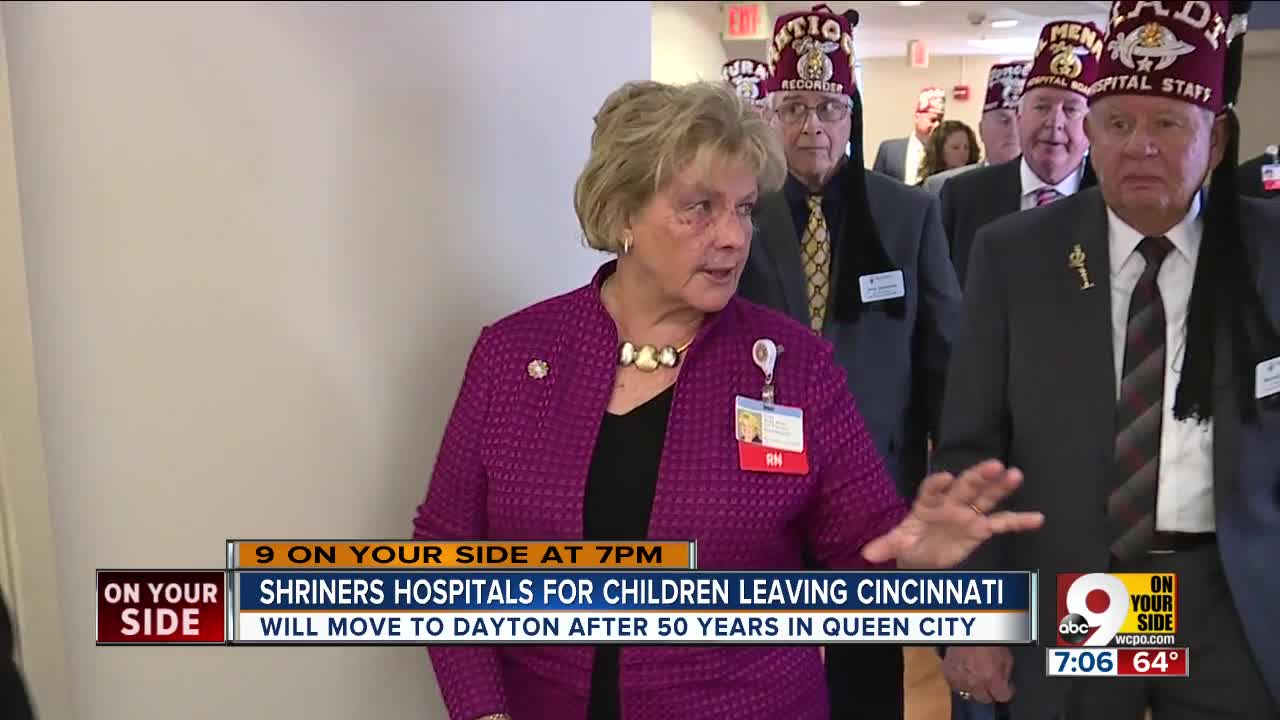 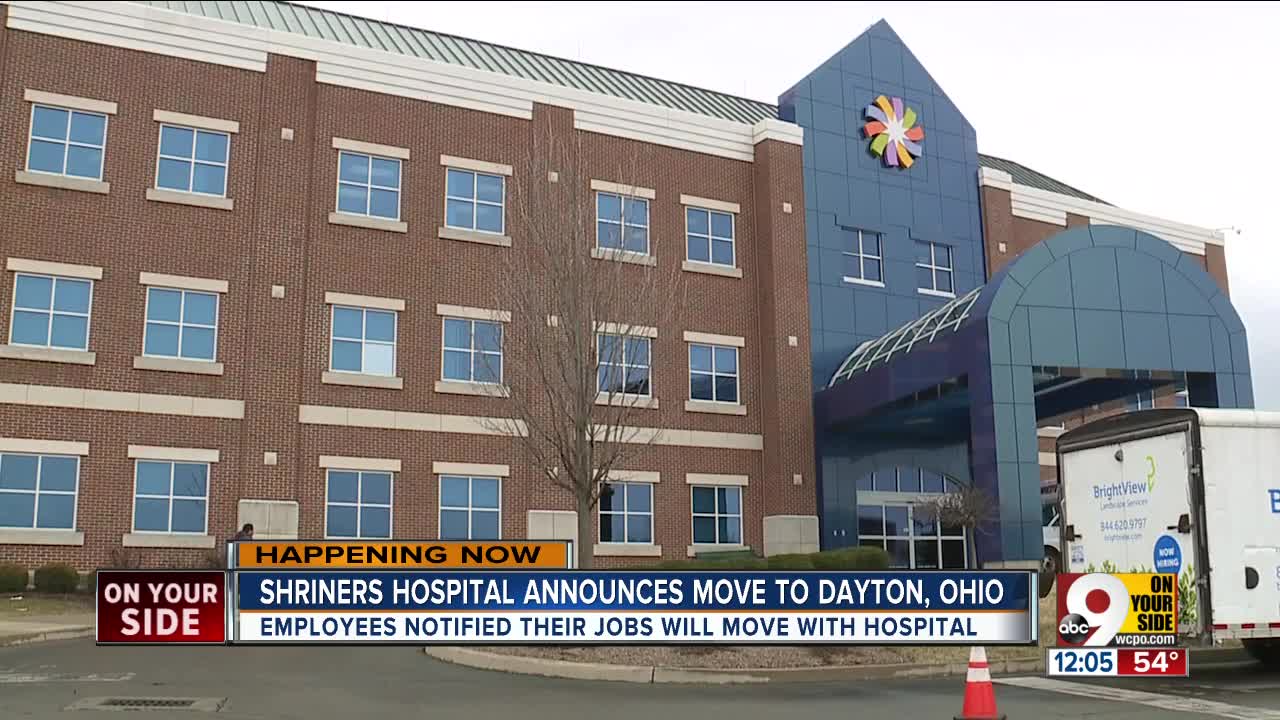 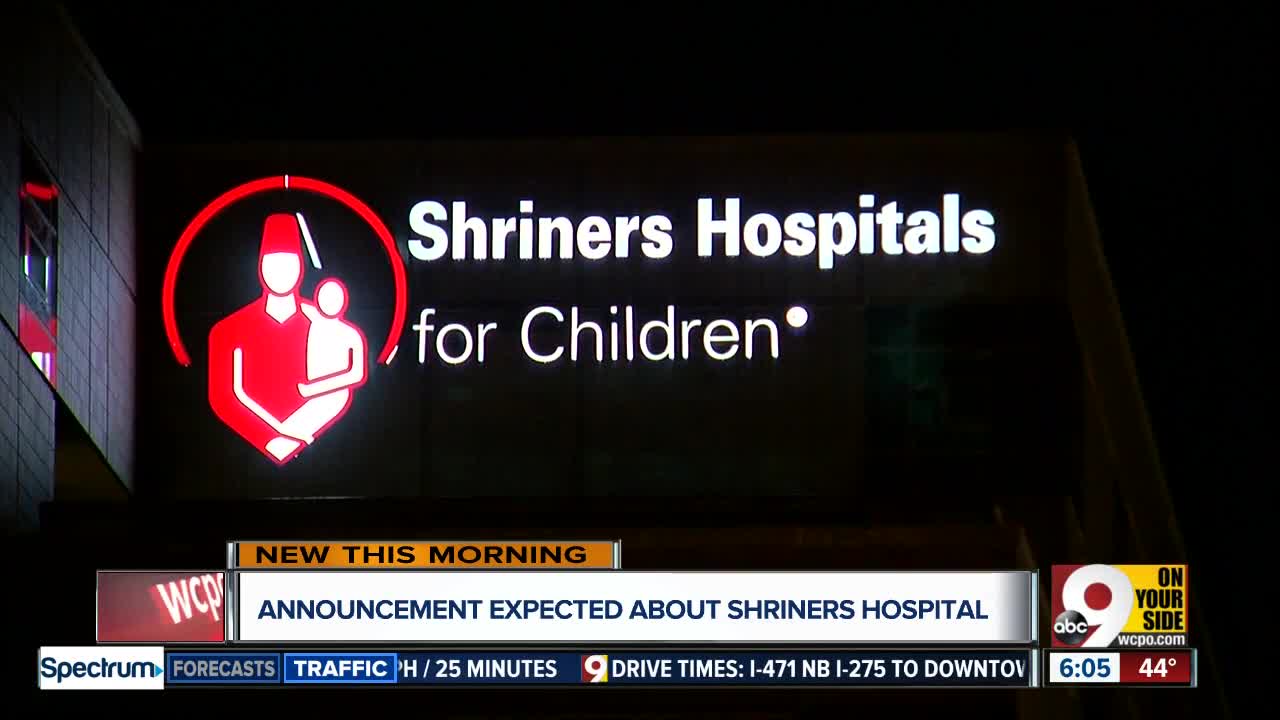 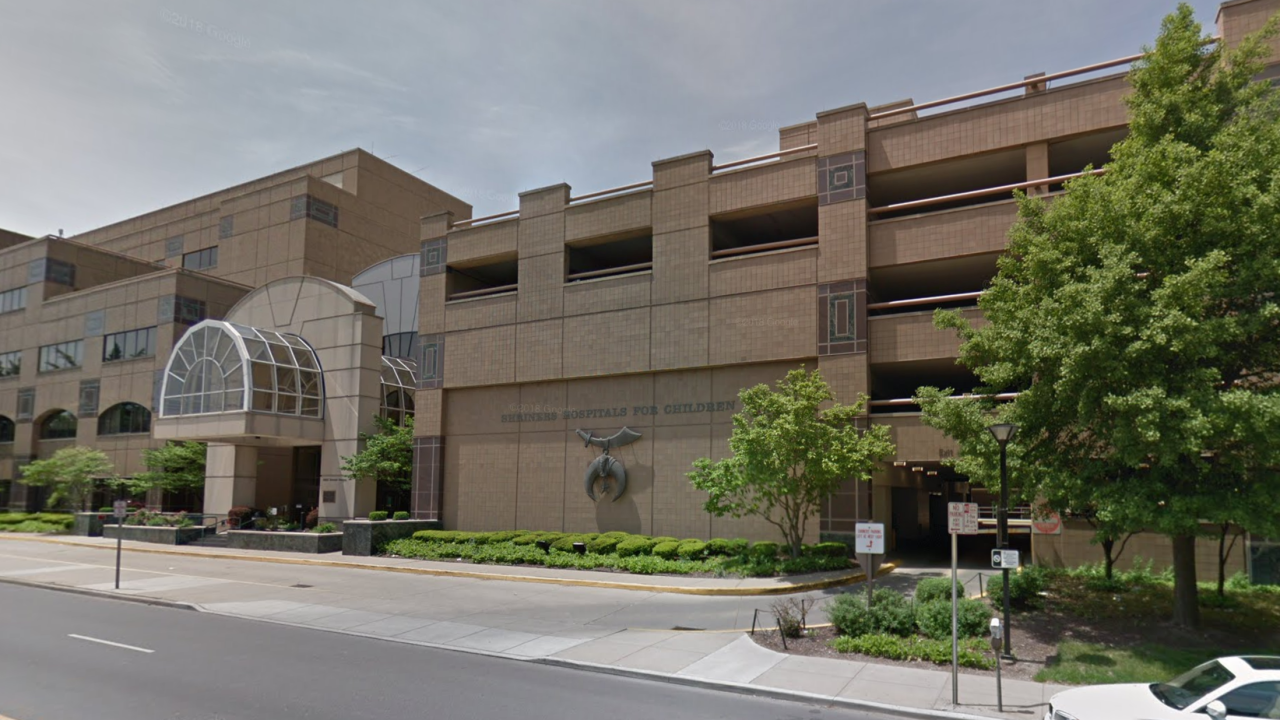 CINCINNATI — In 2007, Mike Ward's family took in Zaman Hameed, a 16-year-old Iraqi girl who'd been severely burned outside the Green Zone in Baghdad. He said 40 percent of her body was burned, including her face, so he turned to Shriners Hospitals for Children. Zaman went once a week for three years.

"From the beginning to the end, you couldn't ask for better care," he said.

On Wednesday, Shriners Chief Marketing and Communications Officer Mel Bower announced that Shriners will relocate within Dayton Children's Hospital in Dayton, Ohio, after serving the Cincinnati area for about 50 years.

Ward said the move is a loss to the Cincinnati community.

"Shriners leaving is going to create a void ... What they do is very unique," he said.

Bower said Shriners would make the move to Dayton over the next 16 months “once binding legal documents are fully executed.” Officials anticipate Shriners will see its first patient in Dayton in the summer of 2020.

Shriners Hospitals for Children, which specializes in caring for burn victims, has been a fixture in Cincinnati for almost 50 years. But times have changed. Medical professionals say fewer children suffer from burns now than they did 100 years ago. The organization said in July that the future of the Cincinnati hospital was uncertain.

Shriners will lease and occupy its own space and will purchase certain services from Dayton Children’s. It will operate as a separate, distinct hospital within another hospital.

“Repositioning our Cincinnati hospital within Dayton Children’s will allow us to continue to deliver high quality burn care and other services in a space that meets the needs of our patients today more appropriately, economically and efficiently,” Bower said.

Asked about what would happen to Cincinnati staff, Bower said they hope that many of the staff “will come with us from Cincinnati to Dayton.”

"It's a little premature to talk about who will be impacted and who won't be," Bower said. "We will certainly need the majority of our employees to provide the care that we provide today."

Tim Mason, chairman of Shriners, said they had conversations with a number of healthcare facilities, and Dayton ended up being the best option.

“The difference that we have here is we have all of our specialty care needs under one roof,” Mason said. “We've been reliant on other hospitals in the Cincinnati area to provide those for us, but we're not under the same roof."

Mason wouldn’t say the move is a done deal, but architecture plans are drawn up and Shriners officials don’t foresee any obstacles in making the relocation official.

The Shriners hospital opened in 1968 as Shriners Burns Institute. For four years before that, Shriners operated a pediatric burn unit out of Cincinnati General Hospital.

The Shriners organization operates 22 medical facilities around the United States, but Cincinnati's is just one of a few that's dedicated to pediatric burn care. The others are in Boston, Galveston and Sacramento.

During its time in Cincinnati, Shriners helped countless people. One of them, Kilee Brookbank, has helped raise more than $290,000 for Shriners through her Kilee Gives Back Foundation.

"My family and I are very saddened to hear the news that Shriners Hospital in Cincinnati is being relocated to Dayton," she said in a written statement. "We are proud to have been able to invest our time and effort into the hospital over the past five years, and we are grateful that Shriners was so close to home when I needed care. Although it is disappointing for the Cincinnati community, the important thing is that Shriners will still be operating its burn center from Dayton Children's Hospital. Without Shriners relocating to Dayton, there would have been no hospital in the Midwest that specialized in burn care. My family and the Kilee Gives Back Foundation will continue to promote the Shriners organization in any way we can."