Will 2018 be the year that our region beats heroin?

CINCINNATI -- By most predictions, 2017 is expected to go down as another year that the opioid crisis claims a record number of lives in communities across the U.S.

In Hamilton County, officials believe that more than 530 deaths could be linked to opioid overdoses this year. That's far above the record set in 2016 when 403 lives were lost.

But behind the bleak statistics are also stories of hope and progress.

Locally, there is no doubt that this year would have logged more deaths and devastation if leaders had not been vigilant in ensuring first responders had the naloxone needed to reverse thousands of overdoses. Also key to saving lives: quick response teams that connect addiction specialists with residents who have recently overdosed to help get them into treatment.

"We've been in emergency mode for so long because it's just so overwhelming, but we also need to be able to look up and take a more strategic approach to make sure we're filling the gaps using our resources wisely," said Hamilton County Commissioner Denise Driehaus, who also chairs the county's Heroin Coalition. "Everything we're doing is about saving lives and getting people the help and treatment they need."

RELATED: Overdosed and Overrun: A state of crisis in Ohio

Headed into 2018, here's a look at three key efforts that local health and community leaders are taking on as they work to get on the winning side of the opioid epidemic and prevent another record year of tragic loss.

When an overdose spike occurs in Louisville, Kentucky, local law enforcement agencies now know that Hamilton County should brace for the same within a week's time.

That's just one of the findings coming out of the work under way at the University of Cincinnati's Institute for Crime Science, where experts are using countless pieces of data to try to stop overdoses before they happen.

By mapping known drug routes and charting overdoses, data experts are able to predict when and where an overdose spike might occur.

"We're now able to notify some of the quick response teams and first responders in the area that there's an OD spike coming so that they can start doing outreach to their known addicted population and make sure they're prepared," said Daniel Gerard, director of the institute.

"We've been able to find that much like crime, overdoses are clustered in time and space," said Gerrard, who has more than 30 years of investigative police work under his belt as a retired Cincinnati police captain. "Addicted populations are linked together. They often use together, and sometimes they commit opportunistic crimes together to get the money they need for their drug."

By analyzing those networks, Gerrard said the work of the quick response teams can be expanded.

"The teams can reach out to known friends of someone who just overdosed and tell them 'Hey, you need to be aware that Terry just OD'd," Gerrard said. "If you want help and treatment, we're here."

A look at heroin overdoses locally

The predictive analytics program is part of a two-year $100,000 contract with the coalition - which is tapping  into a $400,000 federal grant it landed earlier this year to battle the opioid epidemic.

"This helps us become much more proactive and is very forward thinking," Driehaus said. "It will really help take our quick response teams to the next level to help us intervene before a crisis begins."

First launched in Colerain Township in 2015, the teams work weekly to visit residents who've recently overdosed to connect them with addiction counselors who walk them through treatment options. The program is credited with driving down overdoses in those communities by more than 35 percent and now leaders hope create a county-wide team. 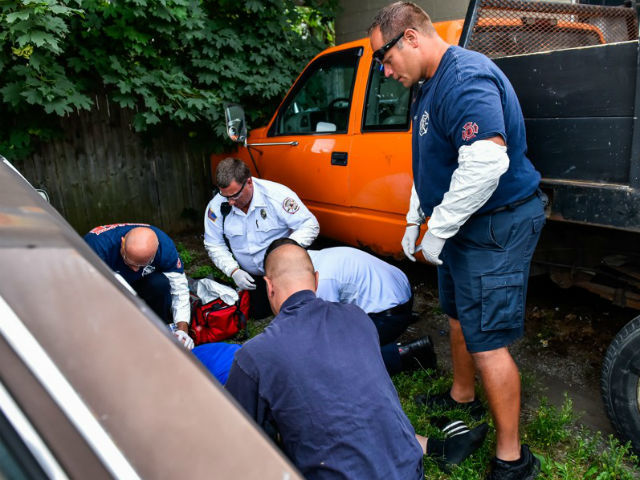 "We know we have overdose hotspots that are popping up where we don't have teams in place, so we're hoping we can create a team that's nimble enough to work in our other jurisdictions in real time," Driehaus said.

To make that happen, the coalition is teaming with the Hamilton County Mental Health and Recovery Services Board which just landed a nearly $2 million federal grant to tackle the opioid epidemic locally. Portions of the grant will be used to cover the costs of placing a treatment counselor on the teams that are dispatched to local residents who've recently overdosed.

Leaders with the Heroin Coalition have also been meeting with members of the Township Firefighters Association to discuss the concept.

For now, Driehaus said it's a matter of identifying which area fire stations will have emergency medical workers on the teams and devote time to working with addiction specialists as they reach out to residents.

"It's a little tricky, and we knew this piece would be the most complicated because there are 49 jurisdictions that we're dealing with," Driehaus said. "But they certainly understand the need, because they see it -- they're responding to the same people day after day because that person is not being connected to treatment."

Softer handoffs in the emergency room

Just this month, the region's largest health systems announced that they'll be teaming to tackle the opioid crisis in ways they hope will make it easier for more residents to begin treatment.

Nearly 70 area residents are overdosing each week - a problem that leaves emergency rooms across Greater Cincinnati and Northern Kentucky inundated with a constant flood of addicted patients. 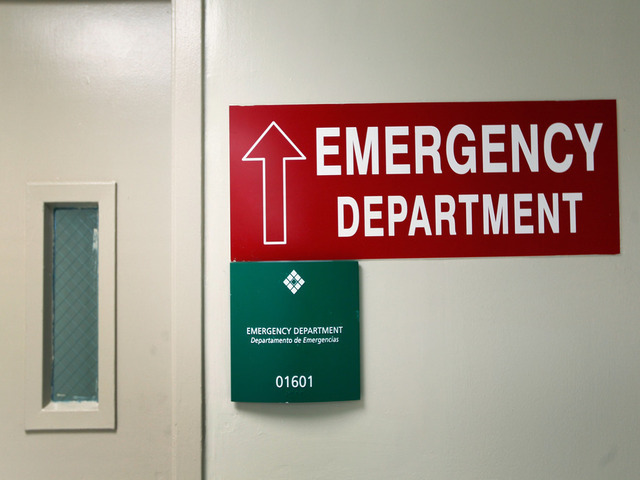 How to better care for those patients once they arrive and connect them with treatment options has been a key discussion among the local health and community leaders.

RELATED: Are our healthcare leaders doing enough to battle the heroin epidemic?

"We know there are gaps between someone being admitted to an emergency department and connecting them with treatment," Driehaus said. "Too many times people are just leaving the ED. It takes the entire system to be on board to really make an impact."

Under the program, consistent protocols will be put in place when a patient arrives showing signs of addiction or drug abuse at each of the health system's emergency departments.

Included in that protocol: Hospital staff will begin conducting what's known as SBIRT screenings, which stands for Screening, Brief Intervention, & Referral to Treatment.

This process allows doctors to more consistently and proactively identify patients struggling with substance use disorder. For those who screen at risk for addiction -- a nurse or addiction specialist can refer them for treatment and help them understand their treatment options.

Mercy Health, Ohio's and the region's largest health system, has been conducting the screenings for more than a year in its Clermont hospital's emergency department and recently expanded it to it's Mt. Orab and Anderson hospitals.

"When you have someone who is addicted to opioids, they've usually burned a lot of bridges in their life with family and friends," said Brian Gray, director of business development for Mercy's Behavioral Health Institute. "They really need someone who can help make that soft handoff while they're in emergency room to help them consider treatment options."

The strategy is vastly different than what has been the typical practice of most emergency departments in the U.S., Gray said.

"What used to happen is someone would overdose on heroin, get revived by Narcan and be sent to the emergency department," Gray said. "The nurses or doctors hook them up to the medical monitor and stabilize them -- maybe the doctor would tell them that, 'You need to do something about your drug problem,' but once they were stable, they were free to go. Instead of letting them walk, we take time to do a brief intervention and it's making a big difference."

This year alone, Mercy has conducted more than 28,300 screenings that have yielded 1,530 referrals for treatment.

In 2018, Mercy will be unveiling the screenings at all of its emergency departments across Ohio and Kentucky, which includes more than 30 facilities that treat nearly 1 million patients a year.

"The hope has been all along that as this process shows success, then we can start changing the culture of the emergency departments so that everyone truly feels that these difficult topics are OK to talk about."