Westwood bar boarded up by police after continuing to serve food, drinks indoors 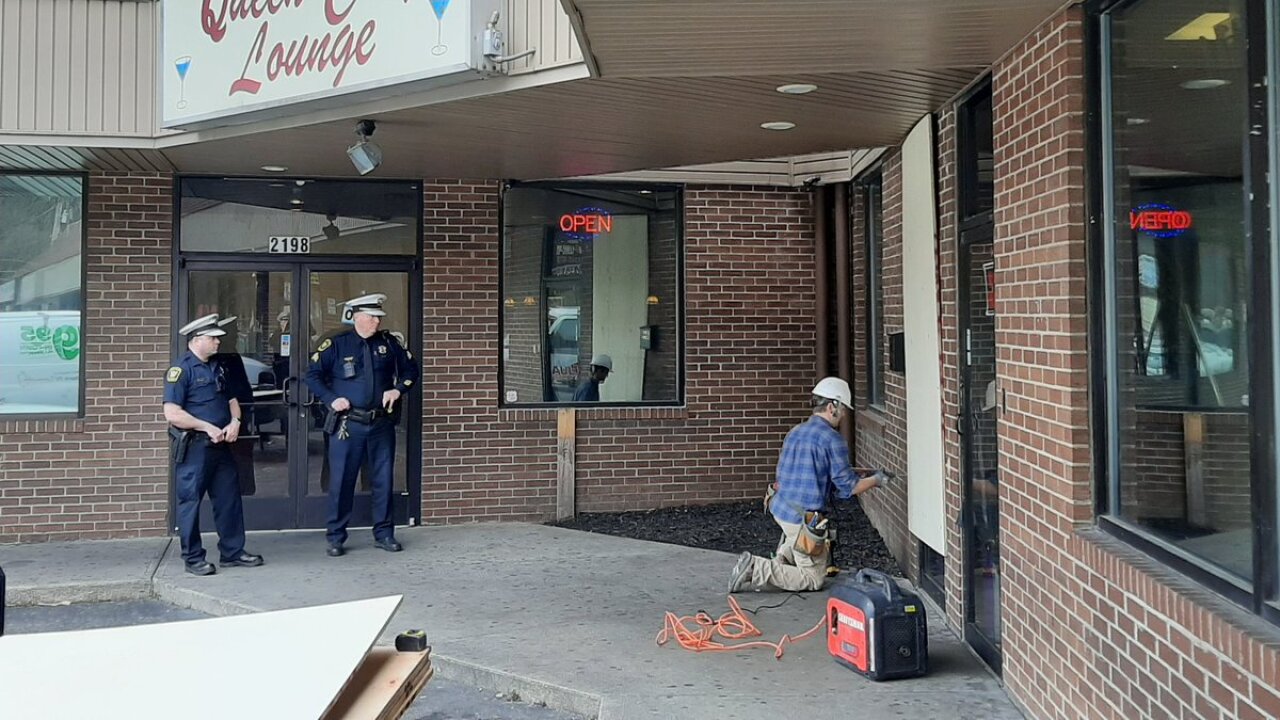 On Monday night, Queen City Lounge had 40 customers inside drinking and eating from a full buffet. On Tuesday afternoon, several arrests later, police boarded the place up.

The Westwood bar had continued to operate as usual despite Ohio Gov. Mike DeWine’s order that all restaurants and bars in the state of Ohio end their dine-in services to prevent the spread of COVID-19, Assistant Police Chief Paul Neudigate said Tuesday.

It was more than a risk to patrons, he added.

“Now you’re putting first responders at risk because we get the information that they’re open, there’s 40-plus people inside, who knows who may have already come into contact with COVID-19, and now our first responders are having to interact with those folks,” he said.

It wasn’t the first warning Queen City Lounge had received.

“It pains us to have to do this,” Neudigate said. “It pains us that we are in these uncharted waters. This is new territory for your police department.”