West Side Brewing and Mt. St. Joseph University team up to create Centenni-Ale 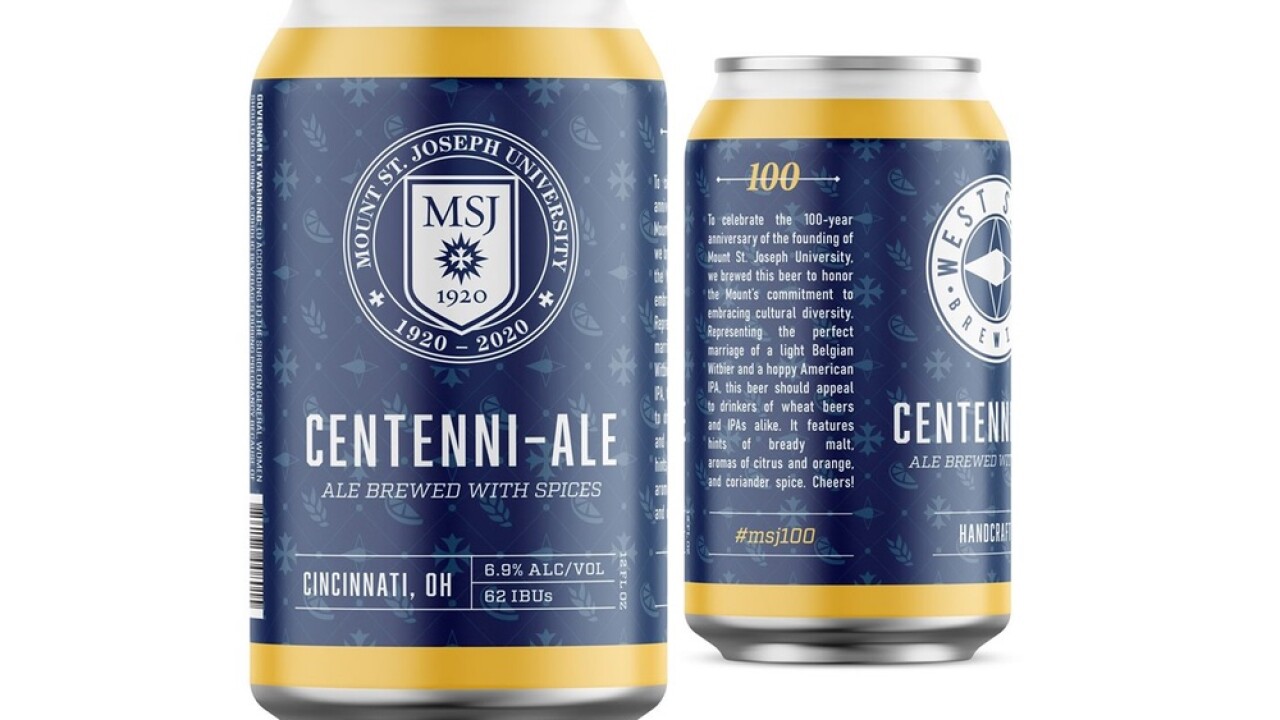 The new beer is described as a marriage between a light Belgian witbier and a hoppy American IPA, and will be available at a preview pary at the brewery on Sept. 13 from 4:00 p.m. to 7:00 p.m.

The school boasts a unique brewing course, staffed by Dr. Tim Lawson and Dr. Andy Rasmussen; the pair are both award-winning homebrewers and certified beer judges, though their full tenure at the university are in the psychology and biology departments, respectively.

Co-owner of West Side Brewing, Kurtis Remmel, is a Mt. St. Joseph University alumnus and said the partnership with his former professors has a special meaning for him.

"To share in University’s centennial event is personal for me because it brings the brewery’s story full circle,” said Remmel in a press release.

Remmel credits Lawson and Rasmussen for his place in Cincinnati's brewing world, citing their course, BRW 101, as the key reason his involvement with West Side Brewing has been possible.

The brewery has been no stranger to the school since Remmel graduated, providing tours for students and participating in course projects over the years.

“The fact that a Mount graduate helped to start a brewery after taking our brewing course is truly awesome,” said Lawson in a press release. “As an educator, it’s so rewarding to see education not only change the life of one of our students but change an entire community.”