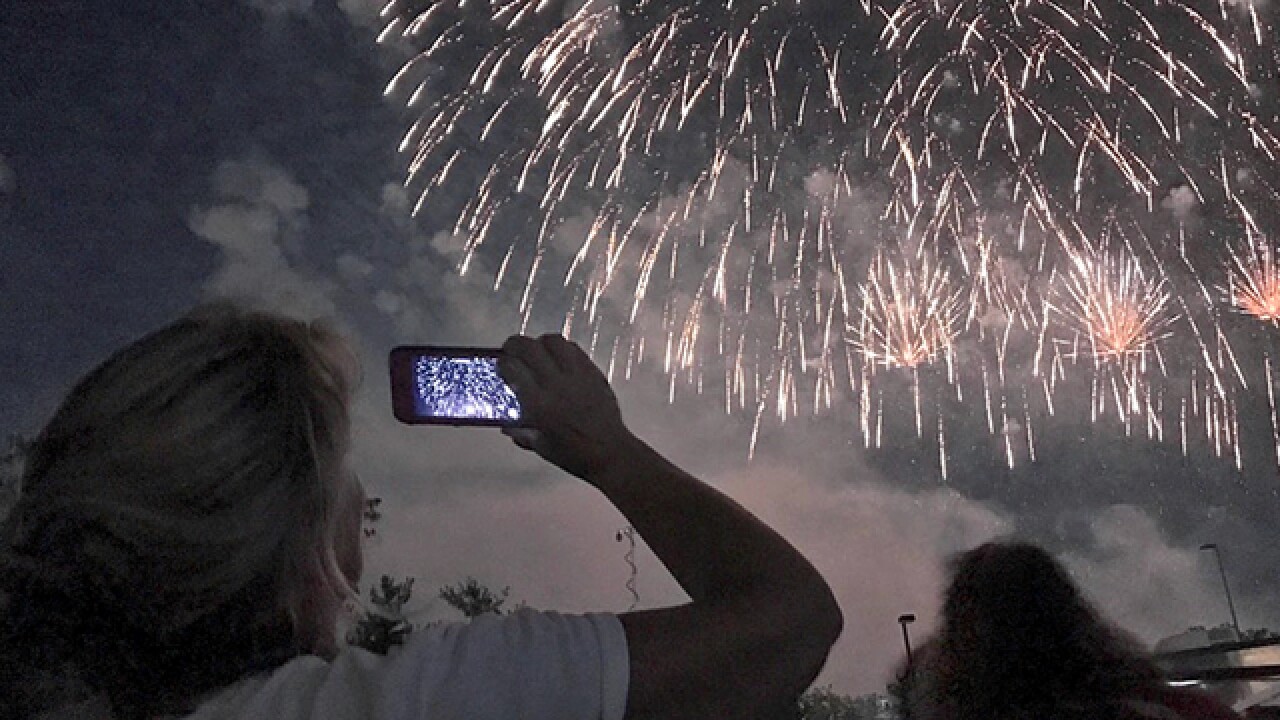 CINCINNATI -- Beth Davis is no stranger to Riverfest.

She’s been coming to the riverfront to celebrate the end of summer for 12 years, and she and her family showed up at 5:30 a.m. Sunday to reserve their seats.

About 500,000 people filled the banks of the Ohio River to watch the annual show.

Davis said she loves the firework show, but to her the celebration carries a deeper meaning.

"For me, it's the flag. My son is in boot camp. He's enlisting to be a Marine. My father was in the army. I just love the country, I love the flag,” Davis said.

This year’s show was no exception -- Davis said the waterfall was spectacular as always, and she and her family are already looking forward to next year.

“I’ve never seen a fireworks show like this. I was raised in California, I’ve been to Vegas. We’ve seen lots of firework shows. There’s nothing like the WEBN Fireworks,” Davis said.

Jennifer Eidem has been coming to the firework show for the past 16 years with her parents.

“It’s definitely grown. It’s gotten bigger, louder,” Eidem said. “Way better than when we first started coming. It’s definitely a family tradition that I’ll pass on to my kids and hope they do the same.”

Earlier in the day, the Freestore Foodbank celebrated the 23rd Annual Rubber Duck Regatta with more than 173,000 rubber ducks swimming in the Ohio River. The owner of the first prize duck, Cindy Stark of Fairfield, won a 2017 Honda HR-V LX, courtesy of Cincinnati-Northern Kentucky Honda Dealers. Teresa McCarty of Green Township won groceries for a year from Kroger, while five third place winners each took home $500 from KEMBA Credit Union.

The Freestore Foodbank will announce how much was raised this year during a prize presentation on Sept. 15.