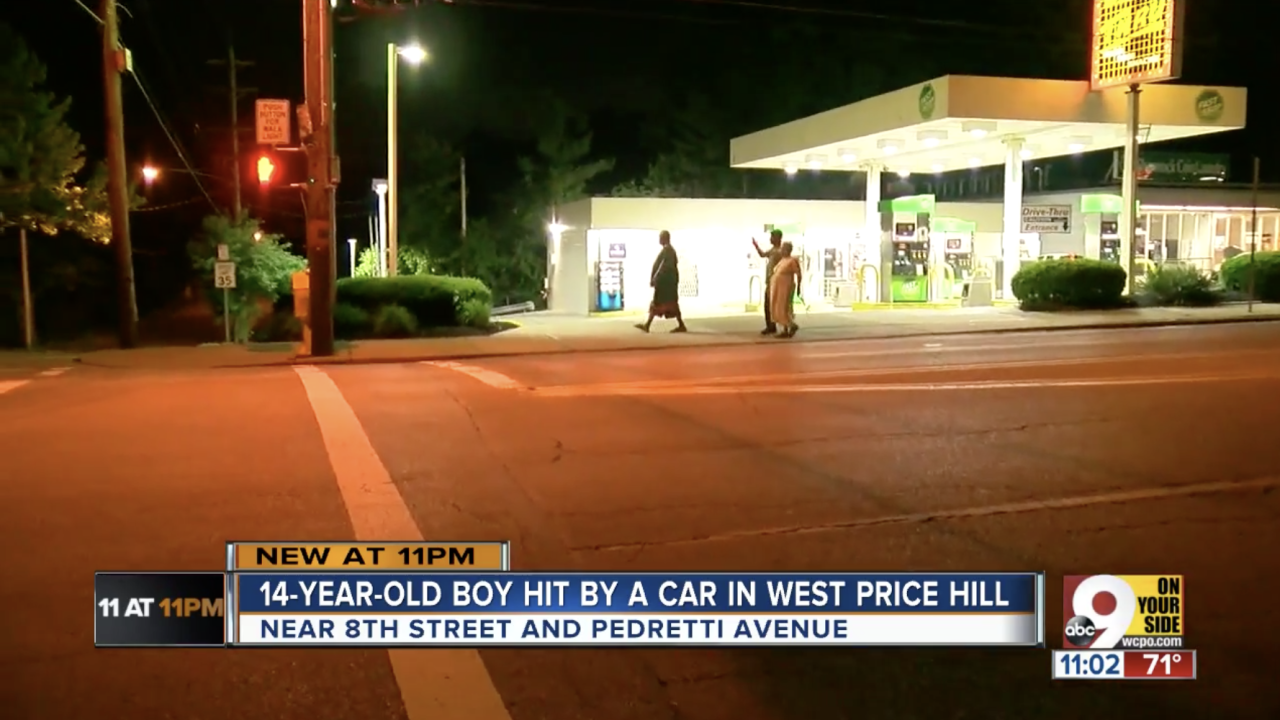 CINCINNATI — A 14-year-old Cincinnati boy was transported to Cincinnati Children's Hospital Sunday evening after he was struck by a vehicle in West Price Hill.

The crash occurred at the corner of Eighth Street and Pedretti Avenue around 7:30 p.m. His condition is unknown, but police said he sustained minor injuries.

The boy's grandmother, Diane Garland, said the busy intersection has been an issue for pedestrians.

Garland said her grandson was crossing in the crosswalk, and had a right-of-way walk sign when the driver struck him.

She said tests are being done on the boy at Cincinnati Children's Hospital, but that he was struck hard enough to leave a crack in the front of the striking vehicle.

According to data from the City of Cincinnati, pedestrian crashes have been on the rise in the city, with the highest number of pedestrian-involved crashes peaking in 2018. Drivers in Cincinnati hit 428 people last year.