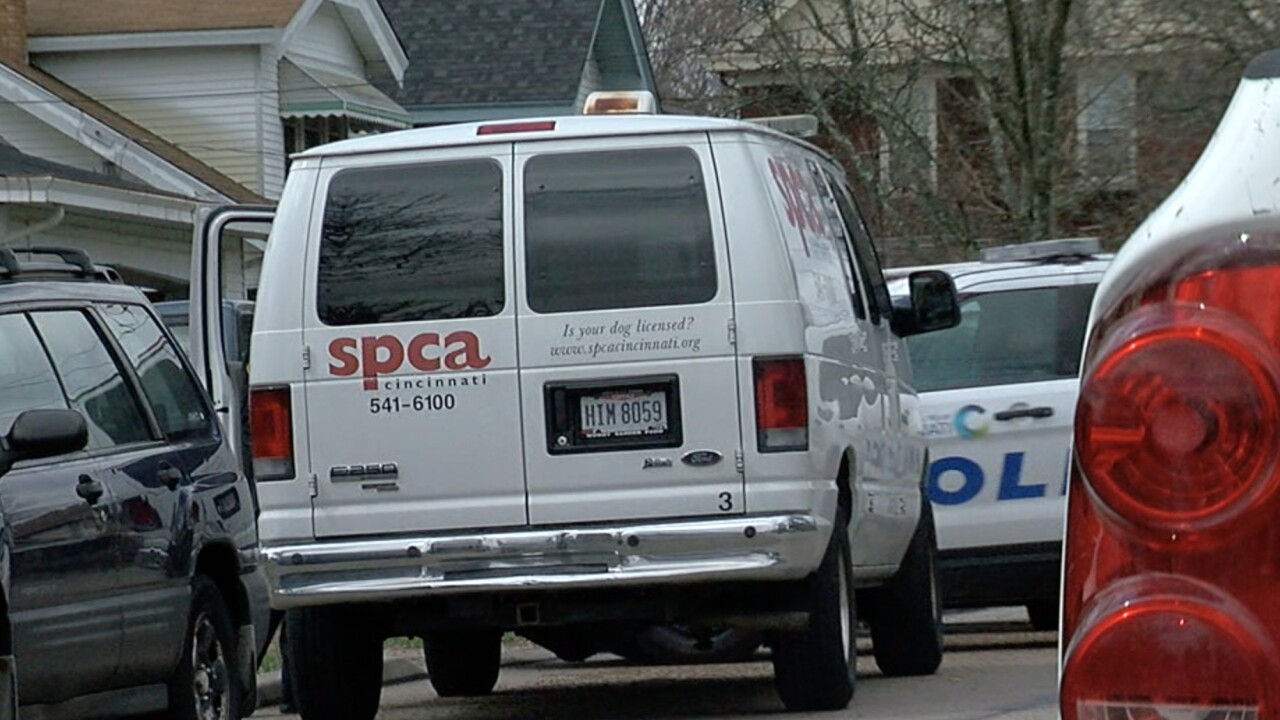 Maddy Schmidt
A dog was shot Sunday in West Price Hill when police officers were responding to a house alarm.

CINCINNATI — A dog was shot Sunday in West Price Hill when police responded to a house alarm.

Cincinnati police officers arrived at Highridge Avenue around 12:15 p.m. Sunday to investigate, according to Lt. Steve Saunders. When they arrived, police said they encountered a resident with a chained dog on the front porch.

However, after the resident secured the first dog, police say a second dog escaped the home and charged at one of the officers.

"The officer attemped to defend themself by kicking at the dog, but the dog continued to aggressively lunge at the officer," Lt. Saunders said in a message. "The officer drew their service firearm and shot the dog twice, striking the dog in the body and stopping the attack."

The Society for the Prevention of Cruelty to Animals responded to aid with the dog, which police said was still alive at the time. The owners of the dog then transported it for veterinary attention.

No officers on the scene were injured, and the SPCA and District 3 are actively investigating the incident.