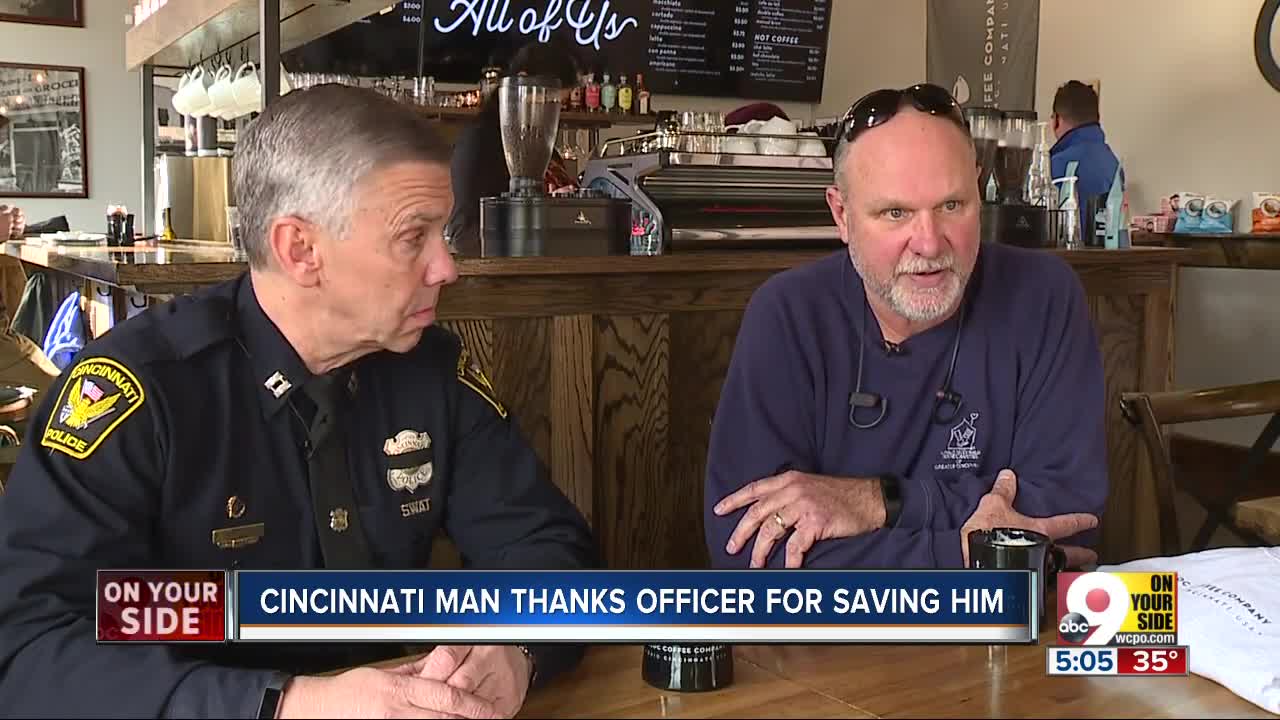 Jim Green is grateful that an off-duty Cincinnati police captain was in the right place at the right time to save his life. 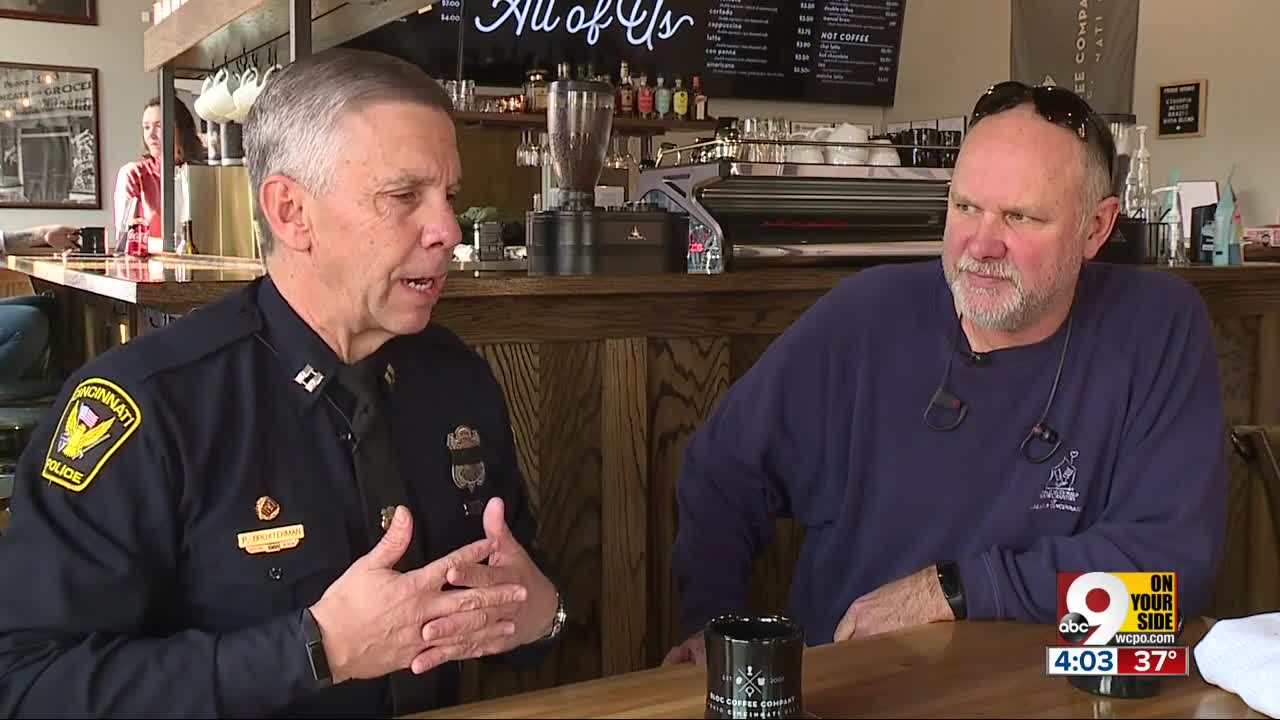 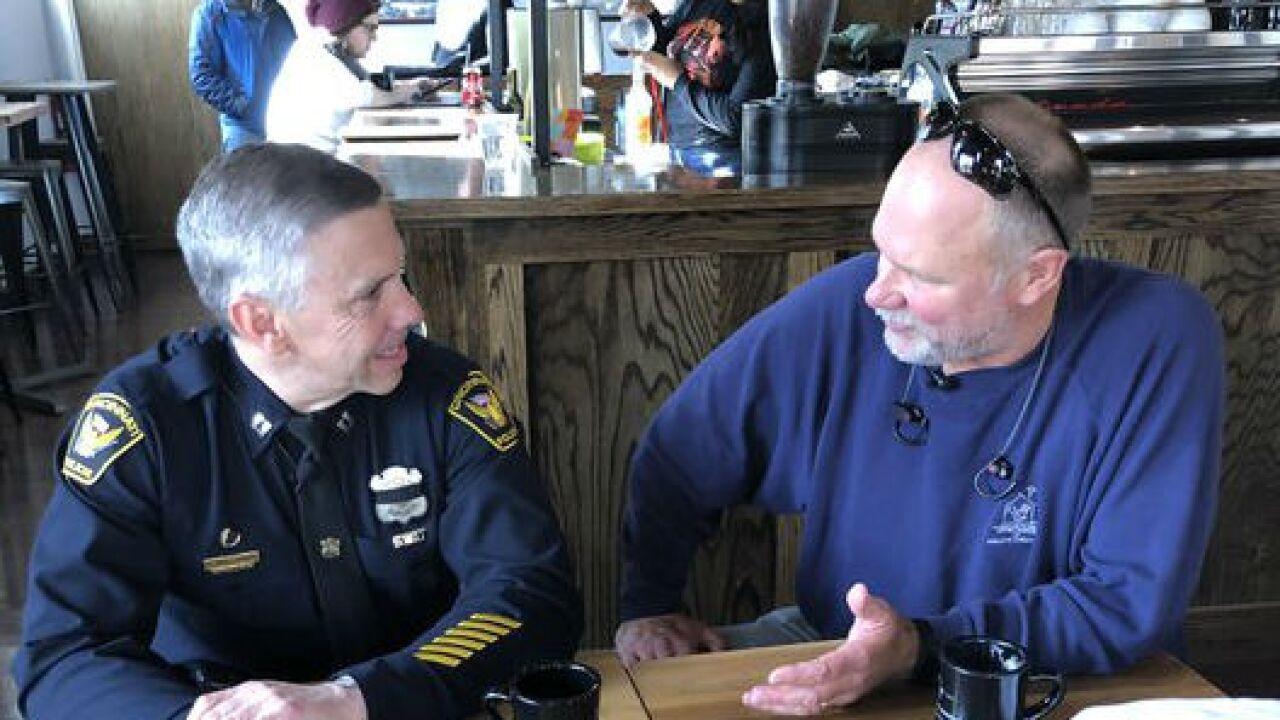 CINCINNATI — Jim Green is grateful that an off-duty Cincinnati police captain was in the right place at the right time to save his life.

Green was helping a friend move into a house on Academy Avenue in West Price Hill on Saturday when he felt a tightness in his chest. Later, he remembered thinking the pain would pass and he’d be fine.

Broxterman was dropping his son off at football practice at Elder High School. As he drove by, he noticed a man who seemed to be struggling and stopped to help.

Green said he was going to wait it out, but Broxterman made sure they called 911. And Green was lucky they did.

Green said he found out later he was having massive heart attack with a full blockage of his left ventricle. His doctor told him another five minutes and he would not have survived.

“My wife was standing there and when I opened up my eyes. I saw the horrified look on her face,” Green recalled.

“She said, ‘You were dead. They had to paddle you back.’

“And I literally just said, ‘What the hell?’”

Broxterman said it was one of his best moments in three decades on the police force.

“After 31 years you see so many bad things happen and so much despair out there,” he said. “To be in the right place at the right time, it’s something that I will never forget.”

Broxterman said he normally doesn’t drive down Academy. He said just happened to that day and he’s not quite sure why.

But Green said God must have sent him an angel.