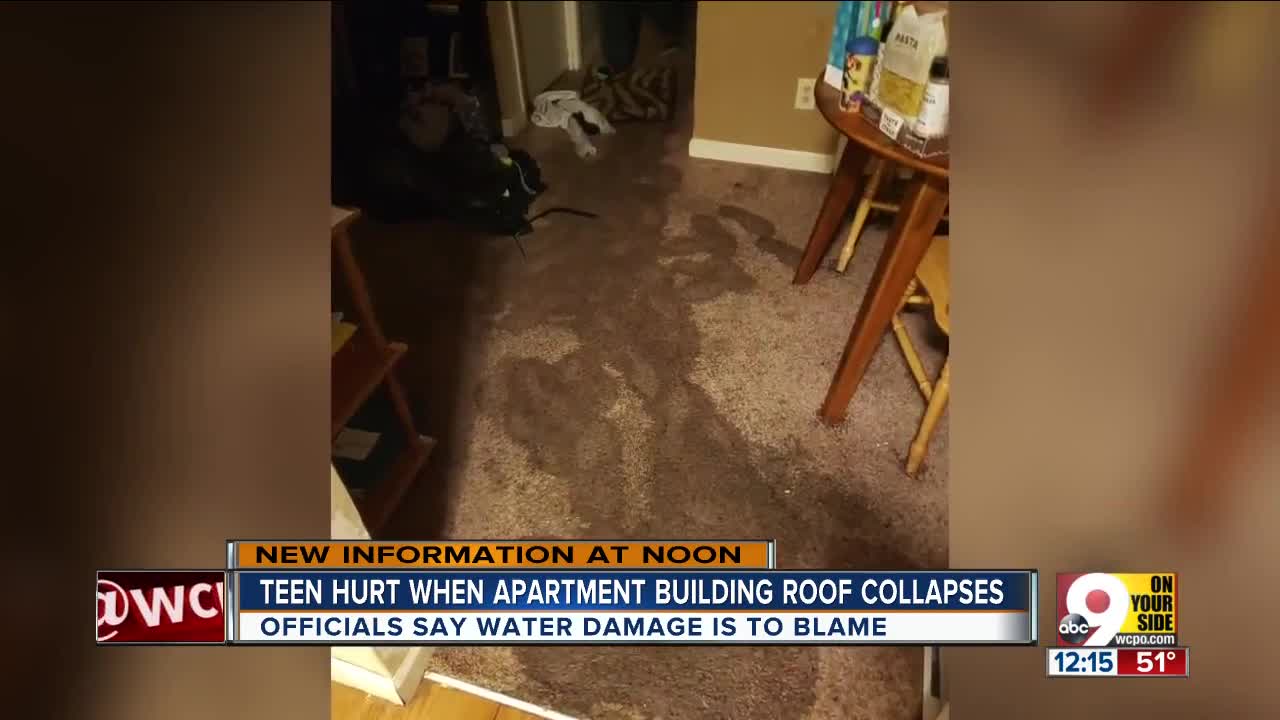 Residents of a Wyoming Avenue apartment building had to grab as many belongings as they could and evacuate their apartments due to a ceiling collapse Friday morning. 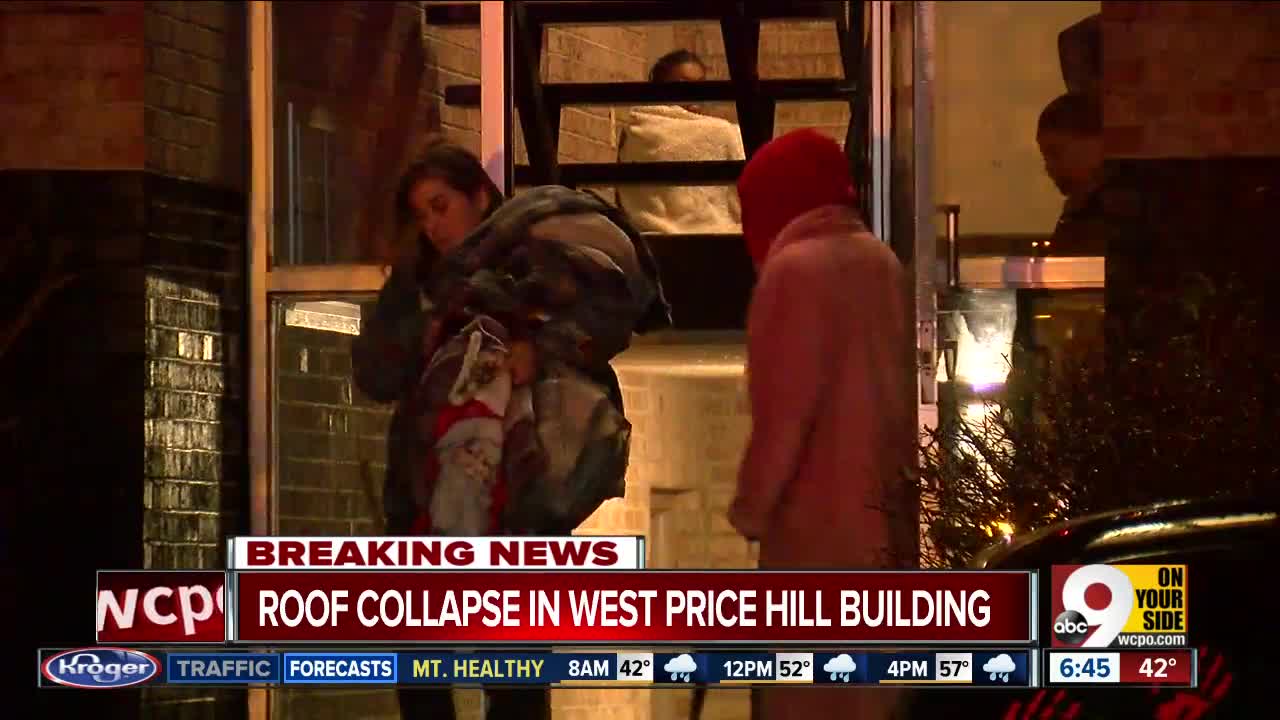 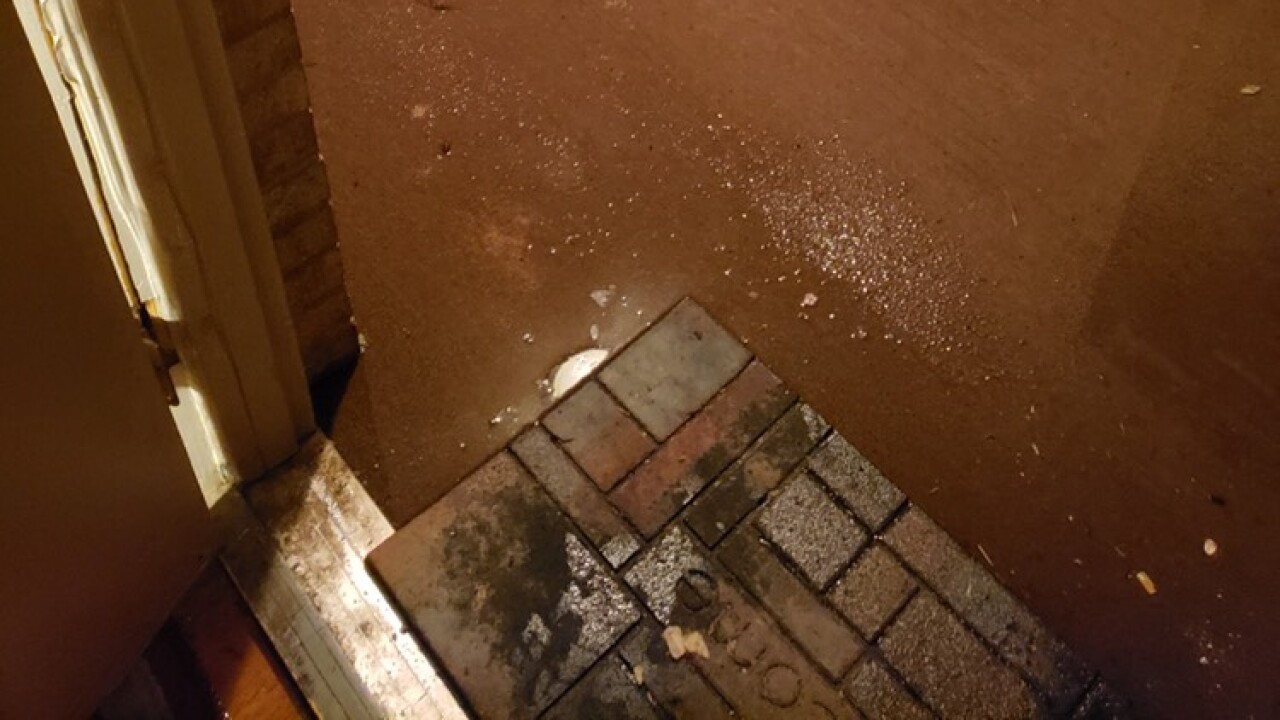 CINCINNATI — Residents of a Wyoming Avenue apartment building had to grab as many belongings as they could and evacuate their apartments due to a ceiling collapse Friday morning at the Wyoming Crossing Apartments in West Price Hill.

A teen boy was taken to the hospital with injuries that were not life-threatening, Cincinnati police said.

Delta Velez described her worst nightmare when she heard the ceiling, drywall and debris collapse in her family's second-story apartment, blocking the door to the bedroom where her son and daughter were both sleeping.

"It just sounded like the end of the world. I heard my son calling for me and I couldn't help them," Velez said.

The American Red Cross responded to assist residents who were displaced. They took seven families -- 23 people total -- to nearby hotels. There's no timeline for when the residents may be able to get back into their apartments.

Water was leaking prior to the collapse, police said. Residents reported damage from the third floor all the way to the basement of the building.

"It's like raining into the apartment, to the basement," said resident Ramona Funsch who said she wanted to make sure she took items with her that mattered most.

“You know I was thirsty, woke up, and I felt the building shake,” she said, “Forget the hotel, I just want to make sure, my belongings — I can’t, you know. This is years of me building my life.”

A photo provided by Funsch shows water in at least one hallway of the building. There are a dozen units in the building, but some were vacant.

Dave Molloy, CEO of Molloy Roofing, said his company was hired to fix the roof. The company's materials were already on site and loaded onto the roof, but Molloy said his crews were waiting for a good weather day to get the job done. Workers are putting down tarps to stop the leaks.

When asked about the damaged roof, the apartment building manager told WCPO, "no comment."