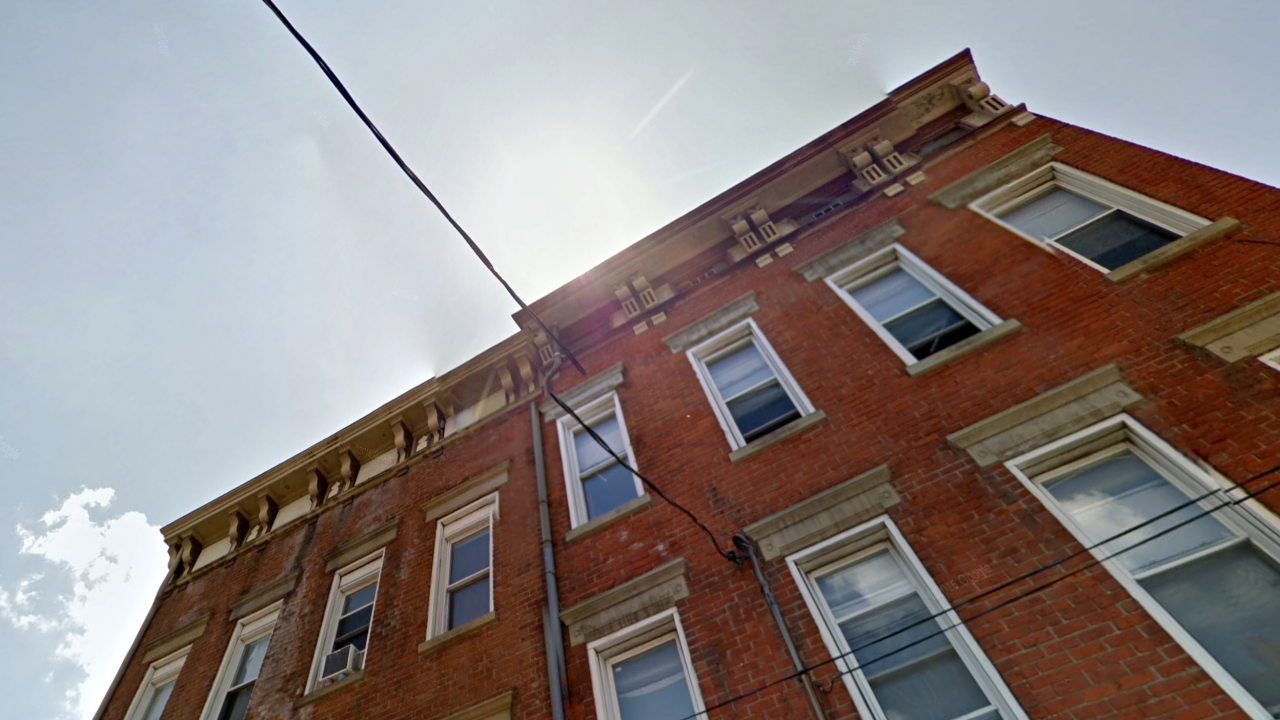 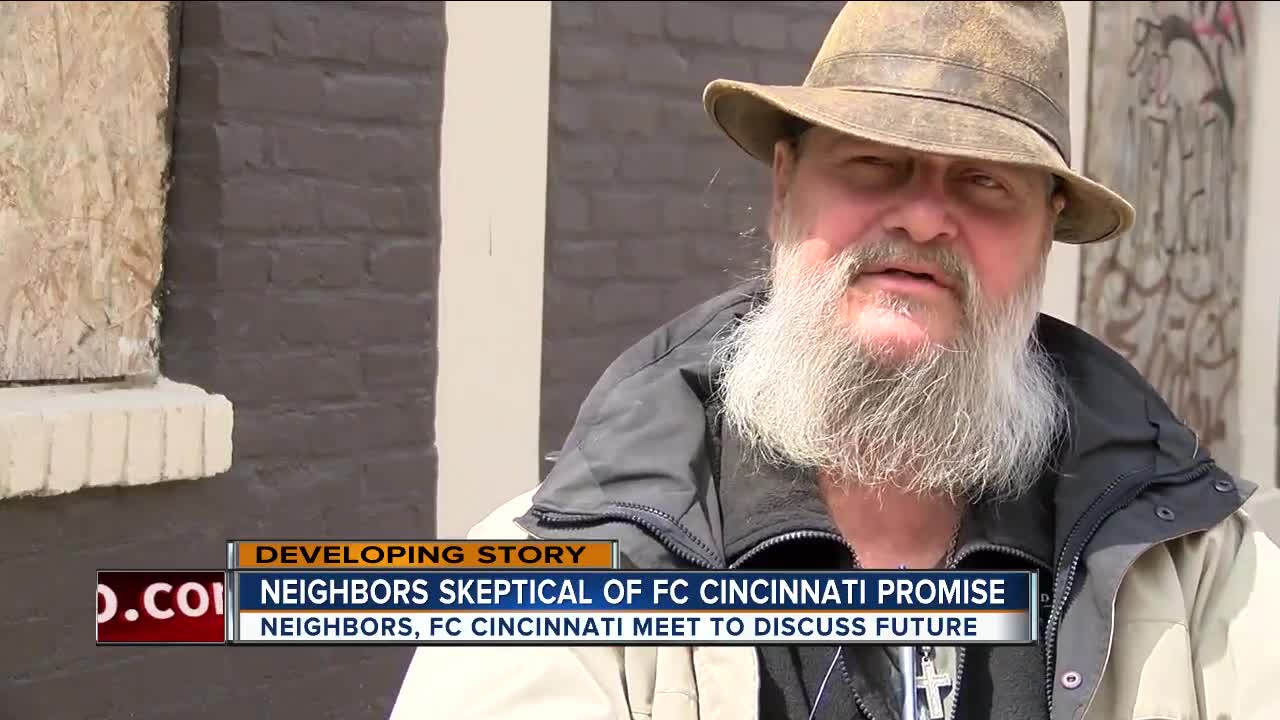 CINCINNATI — Representatives from FC Cincinnati met with residents of two West End apartment buildings owned by the team Friday as the tenants are still figuring out where to go days before the deadline that had been set for them to move out.

Team GM and president Jeff Berding said this week that the residents may not have to be out by the original April 30 deadline after all.

"No one is going to be asked to leave on May the first or even June the first," he said at a news conference Thursday. "We're working with these families."

Reporters weren't allowed to attend Friday's meeting between Berding, former Mayor Mark Mallory — who has helped represent the soccer club in other negotiations with area residents — and the residents of 1559 Central Avenue and 421 Wade Street. But a team spokesperson said it went well, and they'll be meeting again.

Central Avenue resident Ken Rhodes said the meeting was the first time he and his neighbors met with FC Cincinnati leadership face to face. The team purchased two buildings on Central Avenue and the Wade Street building late last year, telling the residents they'd have to move out by April 30.

"That messed me up," Rhodes, who has lived there five years, said. "It really threw me for a loop."

Rhodes said the residents want to get it in writing that they won't actually have to be out by April 30.

"I don't trust either one of them," he said.

In the meantime, the team's zoning request for properties it owns is in the balance. City Council members voted this week to propose a deal with FC Cincinnati that the city would approve the zoning requests if the team refurbishes one of the buildings as affordable housing for the residents being displaced by the redevelopment.

Berding claimed the city's request "is outside the law."

Meanwhile, residents are still hopeful they can stay, or at least get financial help from the team if they're forced to move.

"We all know what we want," Rhodes said. "I want to stay here ... I can't afford to move. I'm on a fixed income. Now, I can't move nothing myself, so I'll have to pay somebody to come in here and physically move my stuff."

They're working to schedule a second meeting.