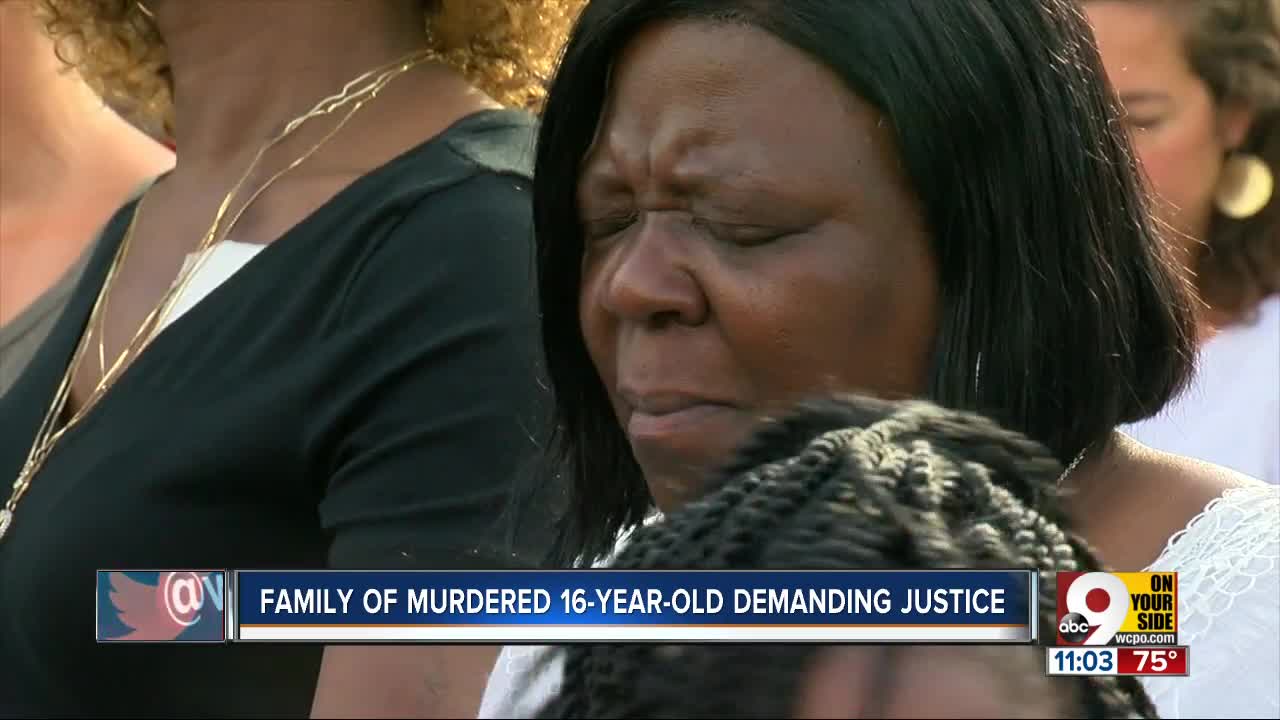 CINCINNATI — Sixteen-year-old Eric Shields hoped to be an engineer, his cousin said at a Thursday night vigil in his memory. He loved to play video games and basketball. And he was excited to start his junior year as a new student at DePaul Cristo Rey High School, where officials who introduced him to the campus remembered a “quiet, kind, fun-loving” young man with a desire to succeed.

“Eric was your friend after he met you,” cousin Rhonda Davis said. “This was a smile we can’t get back. The only thing we have is his memory.”

Shields was shot to death Saturday night on Hopkins Street. No one has been arrested in connection to his death.

“We don’t understand why,” she said. “We don’t know why. Until the person is caught, that’s the only way we’re going to find out. We need closure. We need to know where that person is. He needs to be captured, needs to be off the street.”

Davis and other relatives, including aunt Tami Sanders, spent Thursday evening leaning into hugs and lighting candles in Shields’ memory. It wasn’t the family’s first tragedy — Shields’ mother was shot to death, too, during what Sanders described as a domestic violence incident in 2010.

Like Davis and the DePaul Cristo Rey officials, she described Shields as an easy-going boy with a kind heart. On the night he was shot, he had been on his way home after spending time with friends.

“We’re looking for peace,” Sanders said. “His name won’t be in vain.”

Throughout the vigil, she and other relatives implored attendees to talk to Crime Stoppers if they knew anything that could help police identify Shields’ killer. They also voiced a desire to remove guns from their community.

“Get these guns off the street,” cousin Felita Thomas said. “They put them in everyone’s hands now. It’s so easy. You can get a gun before you can get a bag of candy now a days. For these kids, it’s ridiculous.”

Her goal, she added, is to see justice done and to know what happened to her cousin. She urged the shooter to turn themselves in.

Anyone with information about Shields’ death can contact Cincinnati police or leave an anonymous tip with Crime Stoppers by calling 513-352-3040.