Frankie is winner of Oktoberfest Zinzinnati's 2018 Running of the Wieners 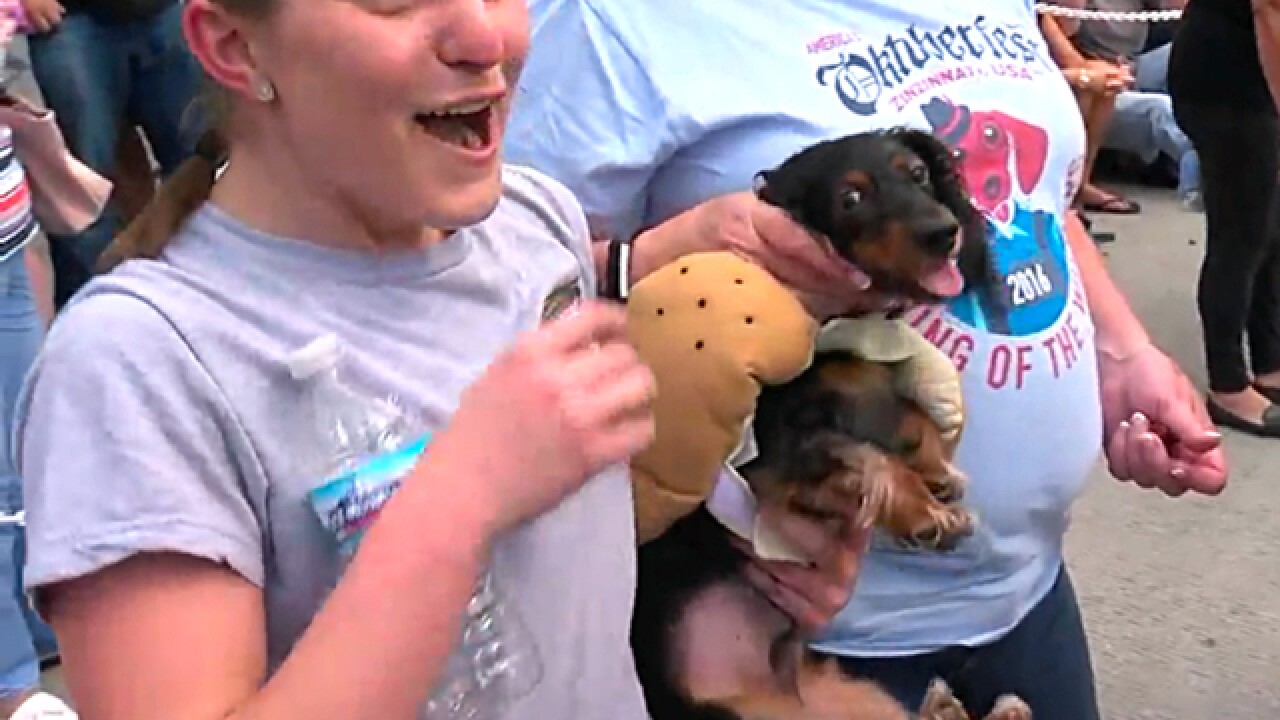 CINCINNATI -- Congratulations to Frankie for being this year’s winning wiener!

The 1-year-old miniature long-haired dachshund beat over one hundred doggos who raced in Oktoberfest Zinzinnati's Running of the Wieners Friday afternoon at The Banks.

PHOTOS:  Running of the Wieners

“He is just very fast, and he loves treats," McNerney said.

Watch the races in the player below:

McNerney, of Hyde Park, said Frankie has raced at Belterra before, but this was his first appearance in the Running of the Wieners.

She said Frankie didn't train per se, but "once he sees the treats, he just goes."

We feel ya, Frankie.