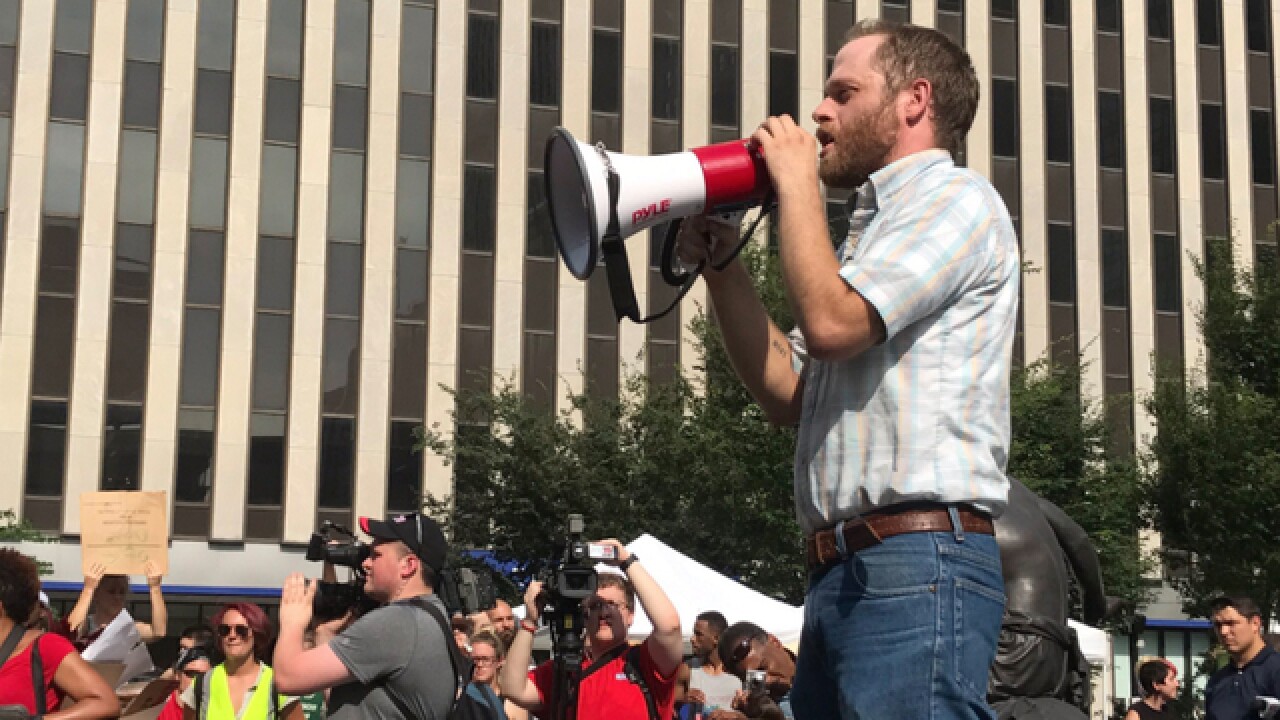 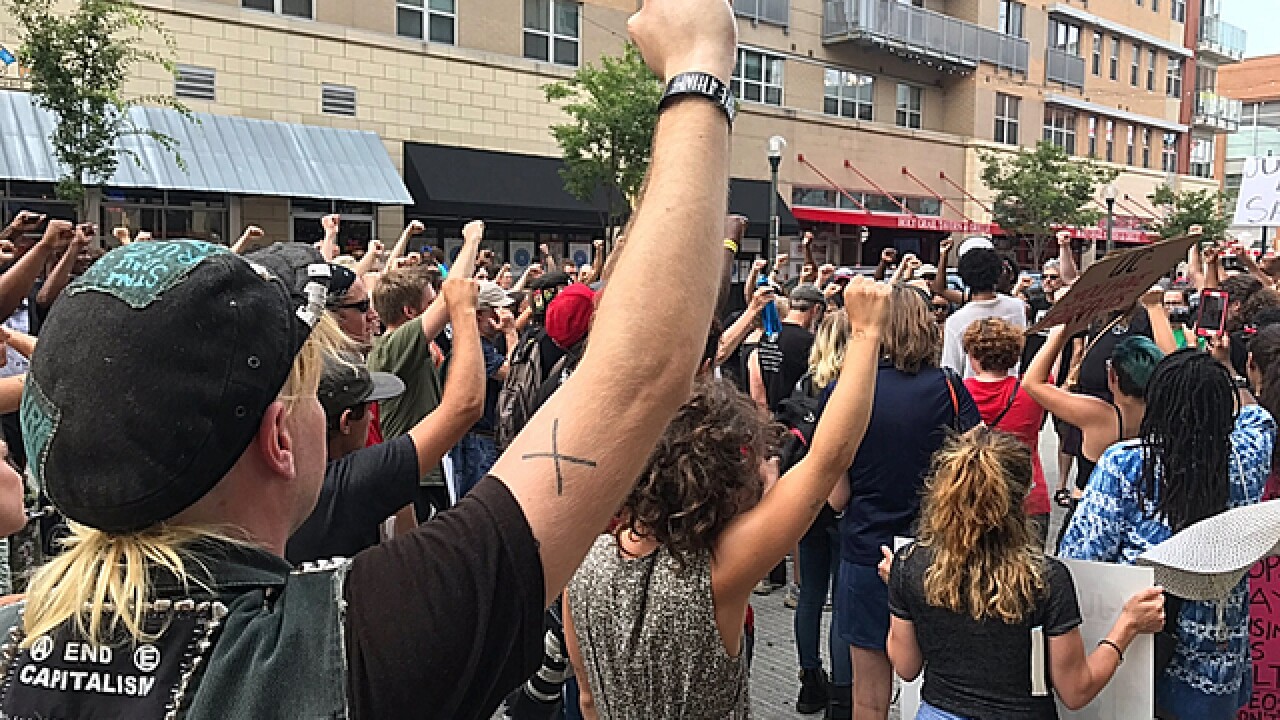 Black Lives Matter Cincinnati and the Peaslee Neighborhood Center held a rally with speakers on Fountain Square. The group then marched Downtown and through The Banks. The event’s Facebook page says the rally "demand(s) jail time for killer cops" and "we won't sit by as the city lets another killer cop walk free!"

WATCH the rally on Freedom Way in the player below.

Tensing, a former University of Cincinnati police officer, shot and killed DuBose at a traffic stop in 2015. DuBose did not have a gun.

Community leader Rev. Peterson Mingo said the rally, in part, was to give people an outlet to express their frustrations.

“People want to do something. They want to have a say so,” Mingo said. “This helps --  the more you hold something in, when it does come out, it's an explosion. So this is a good release for the people."

Judge Leslie Ghiz is expected to dismiss the charges at a 9:30 a.m. hearing Monday.

Deters said the decision to forego a third trial was the most difficult in his career.

"Now after two trials and probably $1 million, the best lawyers I could come up with were unsuccessful ... I have come to a conclusion that we can not win a conviction in this case on these facts," Deters said.

"I have an ethical duty -- if  we believe we cannot be successful at trial, we have that duty not to proceed."

After the announcement, Sam DuBose's sister blasted Ray Tensing as a "racist bigot" and said she wanted to see him suffer.

"I'm going to be on Ray Tensing's back for the rest of his life," Terina Allen said. "He is going to suffer."

Cole Weirich, of the Cincinnati Homeless Coalition, said he stands with the DuBose family in their pursuit of justice.

"It's fundamental fairness that everyone should be treated with equality and justice," said Joe Mallory, local NAACP first vice president. "We don’t see it in Hamilton County, we don’t see it in Ohio.”

On Monday, the group "Support Ray Tensing" will meet for a prayer walk and vigil starting 6 p.m. at Sawyer Point. Attendees will walk over the Purple People Bridge, according to the event's Facebook page. The Tensing event page also says T-shirts will be available for sale "to support Tensing."

Support Ray Tensing was started by a Hamilton woman, Lacy Robinson. Robinson began by creating a Change.org petition asking Deters to drop the case. After Deters' announcement, the petition was converted to request no civil rights charges brought against Tensing by the Dept. of Justice. The petition has nearly 6,000 signatures.

"Please sign in order to stand up for our law enforcement officers & for JUSTICE! All lives matter," the petition says. "This was not about race. The judicial system has worked, now THREE times in this case, as the decision was made to not retry the innocent police officer."

Support Ray Tensing hasn't hosted any public rallies or demonstrations yet; Black Lives Matter and Countdown to Coalition have held various rallies since the second trial's conclusion. All rallies and marches have been peaceful with no arrests.