'We simply have not seen a fair trial yet' 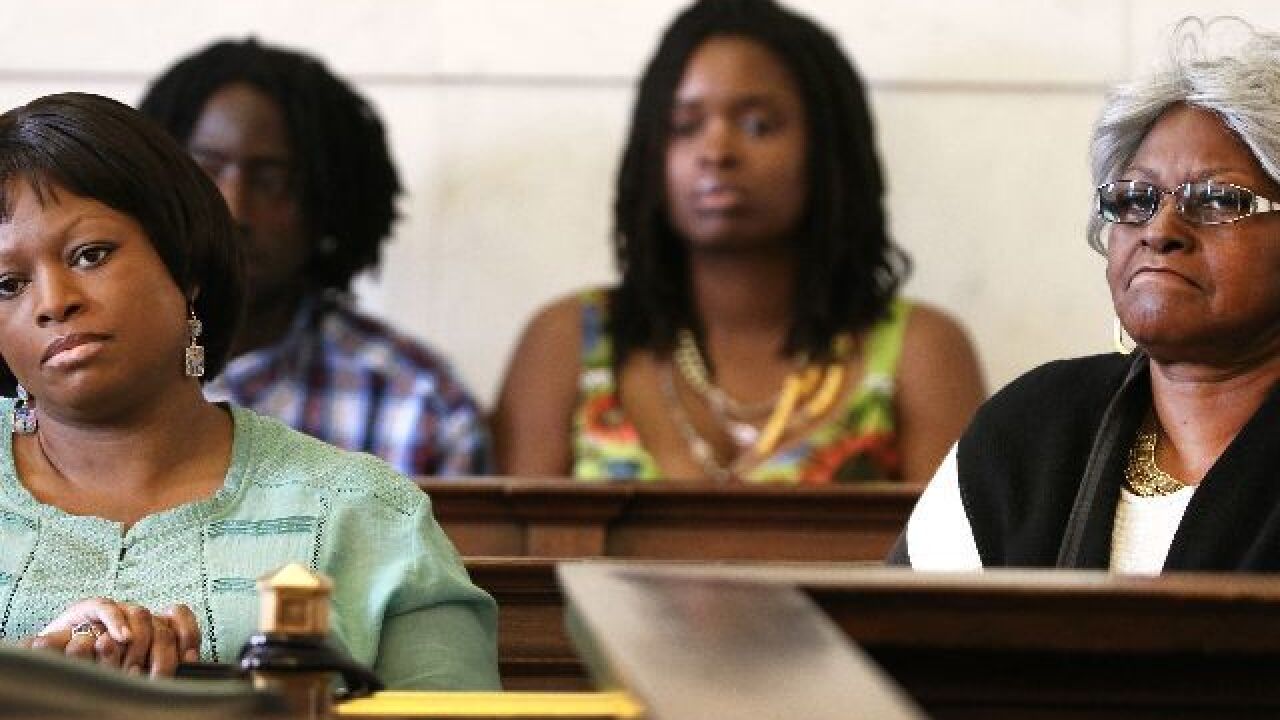 Copyright 2017 Scripps Media, Inc. All rights reserved. This material may not be published, broadcast, rewritten, or redistributed.
Cara Owsley | The Cincinnati Enquirer
<p>Sister and mother of Sam DuBose, Terina Allen and Audrey DuBose, sit in the courtroom during the second trial of Ray Tensing. It was the fourth day of testimony in the Hamilton County Common Pleas courtroom of Judge Leslie Ghiz, Tuesday, June 13, 2017. </p> 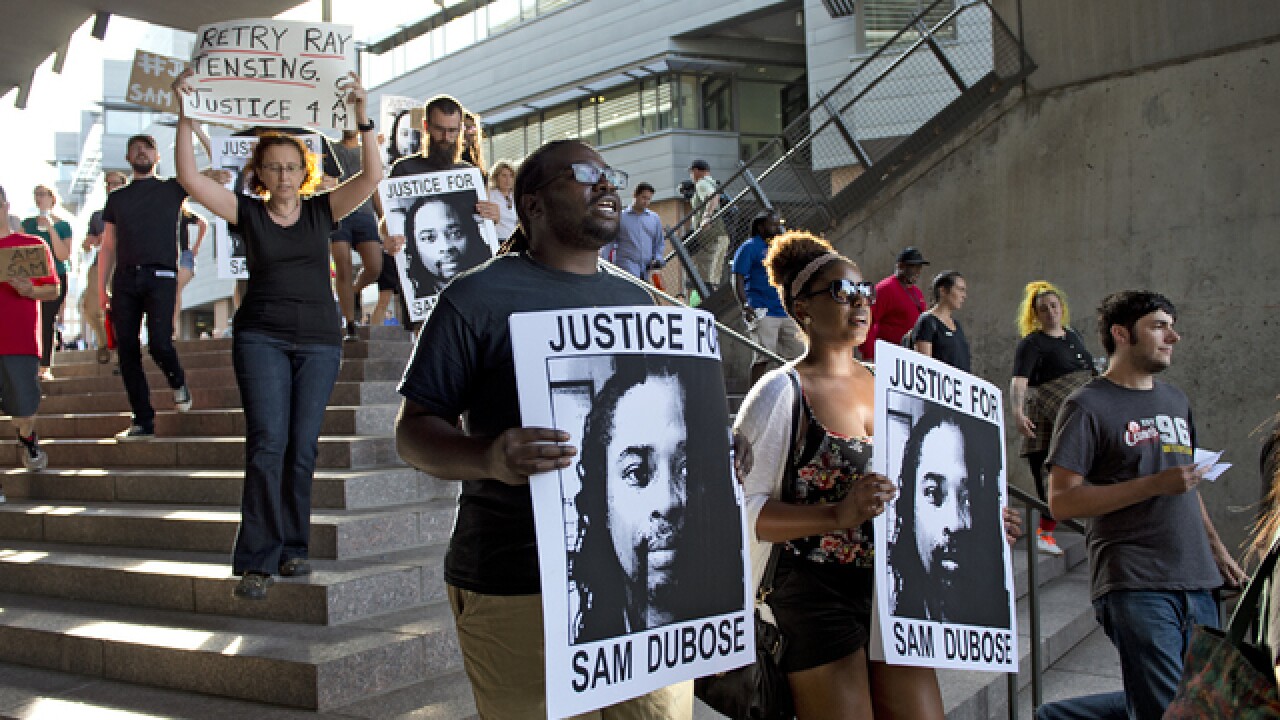 CINCINNATI -- Sam DuBose's family, along with several local organizations, said they believe Ray Tensing needs to be tried for murder a third time due to racial bias in jurors, including prejudicial evidence and various decisions made by Judge Leslie Ghiz.

"Settling for anything less (than a just trial) will be a total miscarriage of justice," the family said in a joint statement read at a news conference Friday.

The DuBose family was joined by the Cincinnati chapter of the NAACP, the Urban League of Southwest Ohio, Black Lawyers Association of Cincinnati and Cincinnati Black United Front to "demand justice for Sam DuBose."

A statement from the group said "nine out of 12 jurors showed explicit racial bias on their jury questionnaire responses by agreeing and/or strongly agreeing that 'some races and/or ethnic groups tend to be more violent than others.'"

The statement also criticized the decision to include the marijuana in DuBose's car as evidence, among other evidence the group called "irrelevant" and an attempt to assassinate DuBose's character. At the same time, the group said evidence about Tensing's record of pulling over black motorists more than 80 percent of the time or the Confederate flag T-shirt he wore under his uniform the day of the shooting should have been included with other "character evidence" included on Tensing's behalf.

"We simply have not seen a fair trial yet," Bishop Bobby Hilton, a community religious leader, said.

When asked if an indictment of a white police officer in Hamilton County was still, in itself, progress, Donyetta Bailey, president of the Black Lawyers Association of Cincinnati, said it was not.

“It shouldn’t take three (trials) to get justice," Bailey said. "But if it takes three or it takes four, we need to do it."

Bailey compared the case to the Ryan Widmer trial. Widmer was found guilty of drowning his wife in a bathtub in their Morrow home in 2008. Widmer was tried three times -- with two mistrials. He was initially found guilty in 2009, but that conviction was overturned after the state learned some jurors conducted their own experiments into the drowning and shared those findings with fellow jurors. His second trial in 2010 ended in a hung jury. He was finally sentenced to 15 years to life in prison in 2011.

The news conference was held outside the Hamilton County Prosecutor's Office.

Prosecutor Joe Deters is on the clock to decide whether or not to try ex-police officer Tensing for a third time. Tensing shot and killed DuBose almost two years ago during a traffic stop in Mount Auburn. Tensing worked for the University of Cincinnati Police Department at the time. Tensing was charged with murder and voluntary homicide.

Tensing's first two trials ended with hung juries. Deters has until July 24 to decide whether or not he'll try Tensing for a third time.