Center received 205 calls in one hour 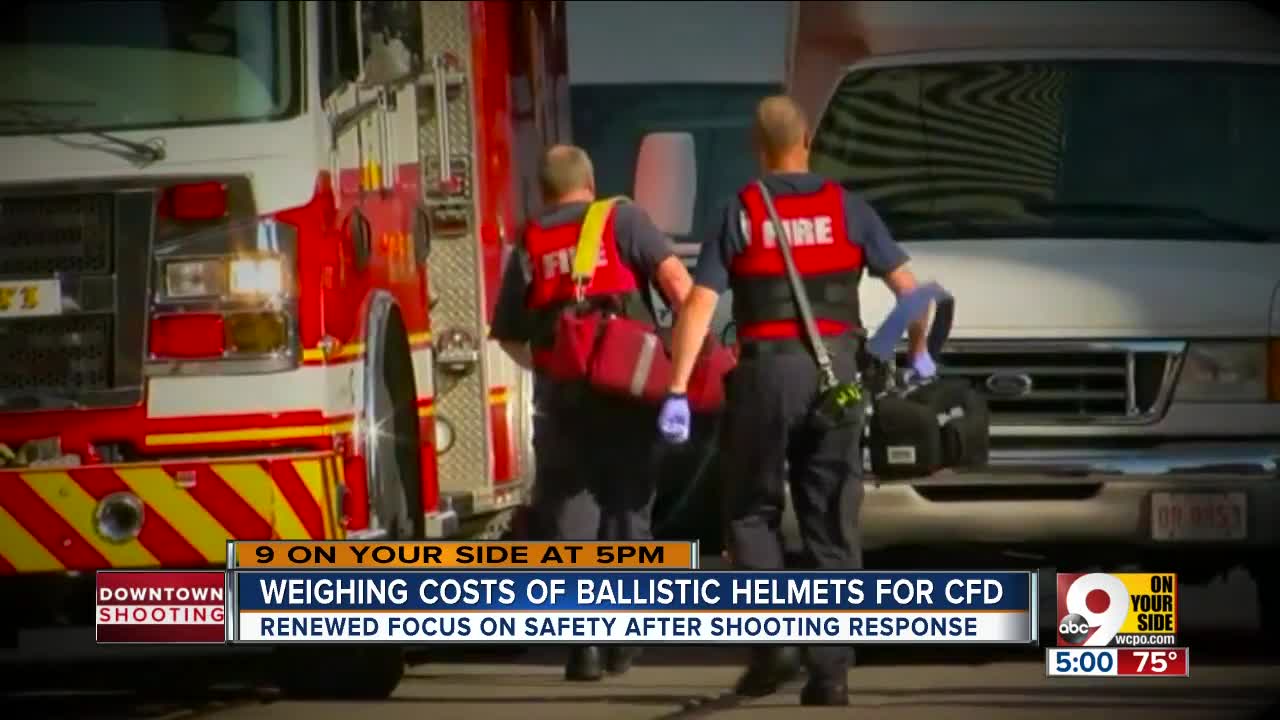 There is a renewed focus on safety for firefighters after they responded to the shooting in the Fifth Third Center. 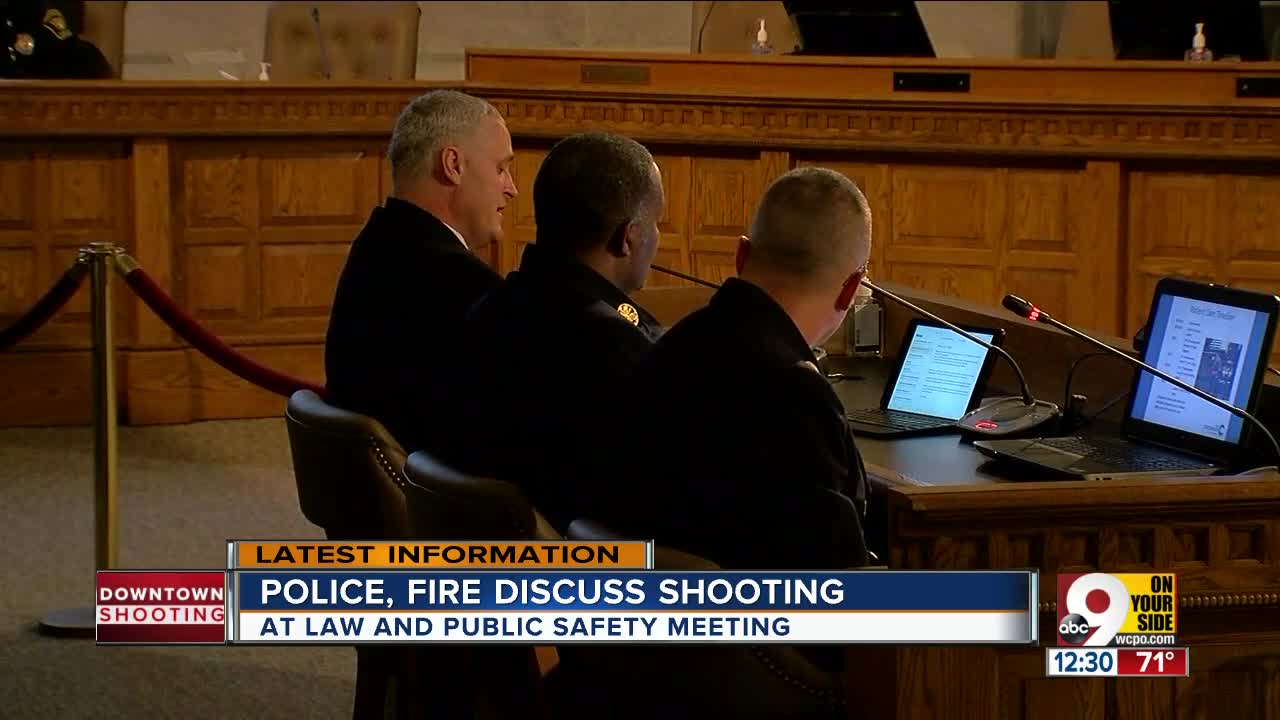 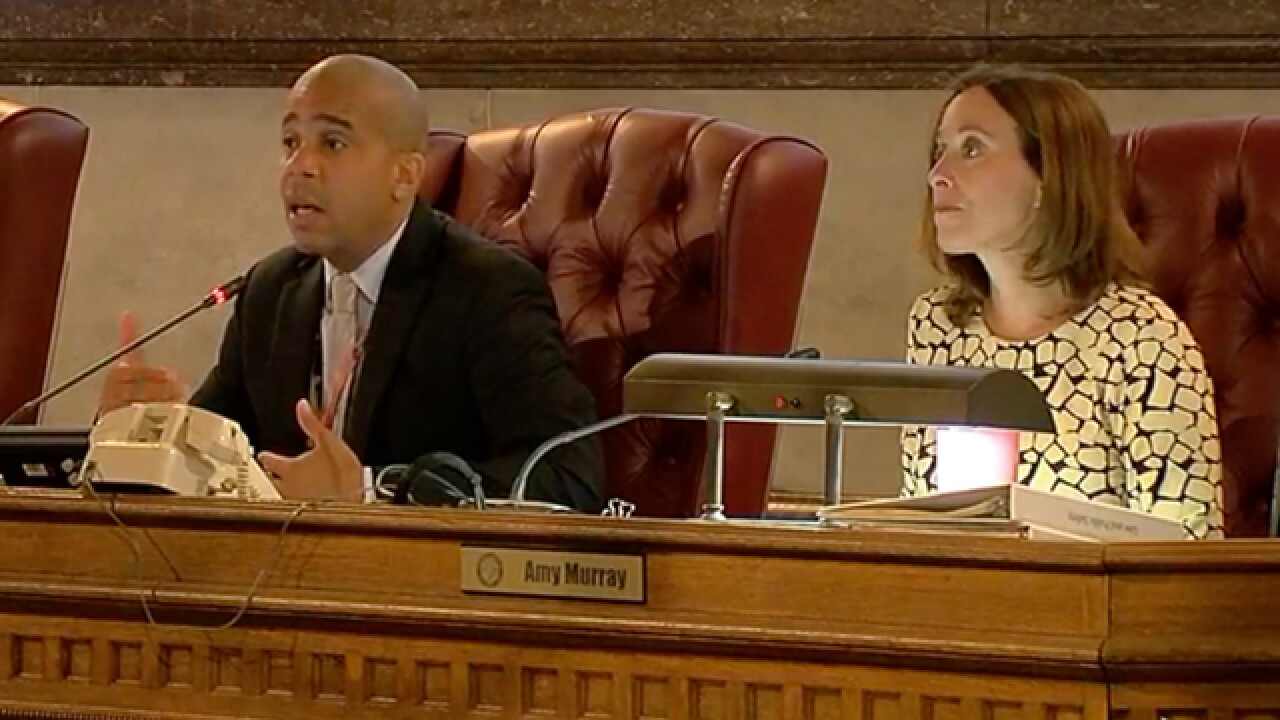 CINCINNATI -- Days after she hid from bullets in Graeter’s bathroom on Fountain Square, a woman went to the 911 center and hugged the call taker who comforted her as gunfire filled the air.

The woman’s father went with her to meet Cathy Malone, the call taker who advised the young woman to remain calm and take cover on Sept. 6, when a gunman killed three people and injured two others at Fifth Third Center before police officers shot him dead.

Malone: “Alright, sweetie. I want you to stay where you are, OK? I’ll let officers know that you’re in the Graeter’s. Is the door locked?”

Woman: “Um, no. The front door’s not locked. We just ran into the bathroom, and the bathroom doors locked, and we just heard the bell ring that’s when we came --”

Malone: “Alright, sweetheart. Like I said, I’ve got officers there on scene, OK?”

The woman’s 911 call to Malone was one of 205 calls the center received between 9 and 10 a.m., Director Jayson Dunn said.

The first call came into the 911 center at 9:07 a.m., and an officer sent a radio dispatch 12 seconds later, according to Dunn. The 911 center received double the call volume that day when compared to a typical Wednesday morning. Of the 205 calls, 72 were calls from Fountain Square.

On a typical Wednesday, call takers answer 95 percent of calls within 10 seconds, but the phones were so inundated the day of the shooting that number dropped to 30 percent, Dunn said.

“We had calls that lasted longer because people needed encouragement, people needed comfort, people needed instructions,” Dunn said. “So typically we’re processing calls in one to two minutes. In this situation we had some people on the phone for six, seven minutes just to keep people calm. But that’s what we have to do.”

The shooter, Omar Santa-Perez, killed Richard Newcomer, 64; Prudhi Raj Kandepi, 25; and Luis Felipe Calderón, 48. He fired 35 rounds in less than 5 minutes, and he had more than 200 rounds of ammunition in a briefcase.

Fire Chief Roy Winston said he and the firefighters who responded were thankful to have had ballistic vests at the time of the shooting; he thanked the Law and Public Safety Committee for helping the fire department get the vests.

“That was something that over the years, some people thought we didn’t need … now, I was the only one I think who was not wearing it, and that’s because I rode with Chief Lakamp here, but my wife made sure that won’t happen again,” Winston said.

Fire crews debriefed immediately after the shooting, and Winston said he determined the fire department needs to examine its procedures, equipment and training.

Firefighters’ procedures in regard to active shooters need to be in line with that of the police department, he said. And along with ballistic vests, Winston said he wants his firefighters to be equipped with ballistic helmets.

“We have a vest, but many fire departments across the country also carry the ballistic helmets as well, things we never necessarily thought about in the past, but we may need to look toward the future for things such as that,” Winston said.

Vice Mayor Smitherman said he will draft a motion asking for the cost of ballistic helmets for all of Cincinnati’s firefighters.

First responders transported all victims within 28 minutes of the dispatch, 22 minutes after the first fire unit arrived. Fifty-four members of the Cincinnati Fire Department responded to the scene of the shooting.